On November 30, 2012 I broke the story of three Greece, NY teenagers who made a racist, bullying video targeting Alex Hare, an African-American teen and a deceased little girl, on my blog.

The video features the three teens burning a hoodie sweatshirt which Noel Parcells, the deceased young girl had given to Alex as a gift.

Throughout the video, the teens can be heard calling Alex a 'nigger', as well as making threats directed at him.

I placed daily calls to all of Rochester's news media outlets, in an attempt to get some coverage and exposure of this very disturbing incident.

Each time, the person on the other side of the call, whether an intern, news reporter or assignment editor, told me that it didn't sound like something they'd be interested in covering.

I couldn't understand how, or why, especially on the Town of Greece, NY, which made international news headlines less than 6 months ago, Karen Klein, a bus monitor was bullied by students on her bus, three teenagers making a racist bullying video, which again, not only targeted an African-American youth, but also an innocent 10 year old girl who was murdered by her father, the news media wasn't interested in this story.

But I kept on.

I continued to report on the incident, updating my blog and spreading it on the Internet.

Then, finally on Monday, December 10th, the media decided to report on this story.

And at least one news reporter, began to spin the story, in a disgusting, but very well known practice, which the media known for, blaming the victim, and their family. 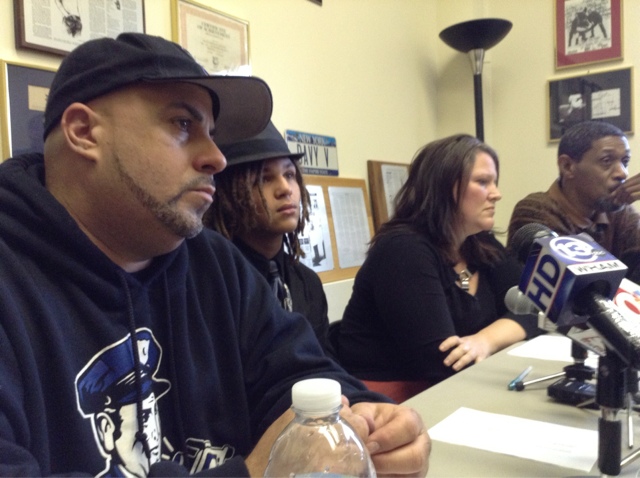 From left to right, Davy V., Alex Hare with his mom Michelle, and Howard Eagle
at press conference. 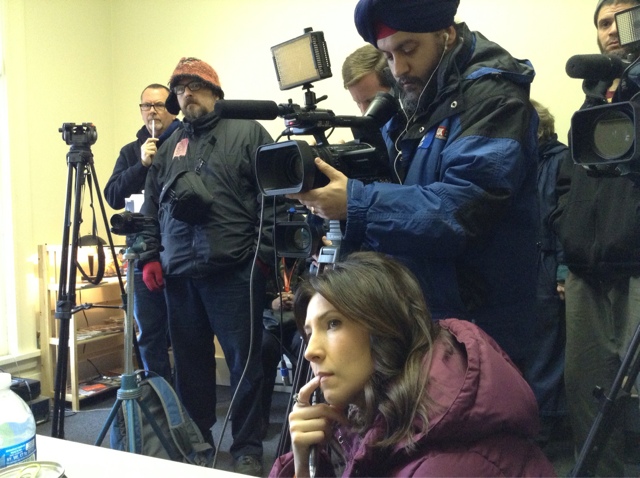 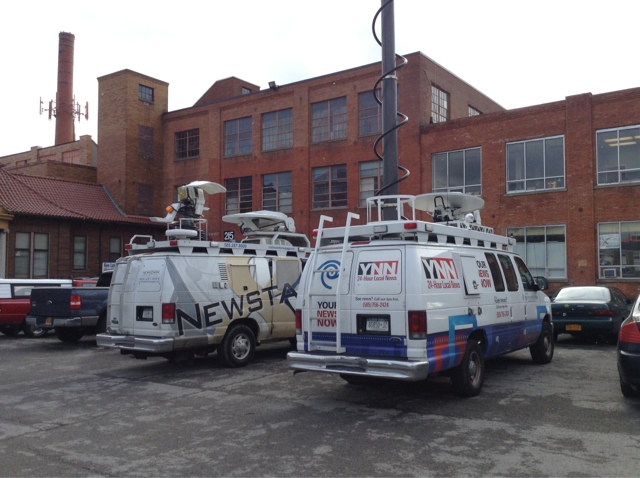