With Three Innocent Family Pets Executed by Rochester, NY Police, Gates, NY Police and the Monroe County, NY Sheriff's department in Only 7 Months, Why has Humane Society been Silent? 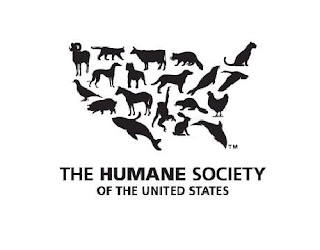 "The Humane Society of the United States is the nation's largest and most effective animal protection organization."

With more than 11 million Americans as members, donating millions every year, the Humane Society reported its assets at over $160 million in 2009.

But with more and more innocent dogs being executed by trigger-happy cops, my question is who exactly is the Humane Society protecting?

On Friday June 1, 2012, Monroe County, NY Sheriff's deputies Matt Clancy and Sean LeClair went to a home in the town of Penfield, a suburb of Rochester, NY, for what they claimed was an illegally parked car near the street.

The deputies trespassed on private property, ignoring posted signs of an invisible fence, and executed Diablo, a blue pit bull.

Within minutes, Monroe County, NY Sheriff Patrick O'Flynn was backing up his trigger-happy deputies, calling the killing of a family pet on private property, justified.

Despite my holding two protest rallies denouncing this injustice, and a community's outrage, the Humane Society of Greater Rochester, said NOTHING.

Not surprising, since Monroe County, NY Sheriff Patrick O'Flynn sits on the Humane Society's board of directors.

A witness who lived across the street stated that he saw Coughlin pull up to the house on Crestwood Blvd. and immediately pull his gun from his holster, he then looked around to see see if anyone was watching, before shooting Chino.

Coughlin claimed the dog barked at him and was charging, even though a video still taken from a camera on Coughlin's shirt clearly shows Chino in a sitting position as Coughlin shoots him.

Gates, NY Police refused to release the entire video which would have shown that Chino never charged at the officer.

Again, not a peep from the Humane Society.

Burgstrom struck the dog with his police car then grabbed his shotgun and chased the injured Codi on a pier, where he shot Codi in the back of the head.

And once again, for the third time in just 7 months, an innocent family pet is executed by police.

And once again, the Humane Society says nothing.

IF YOU ARE AGAINST COPS EXECUTING INNOCENT PETS, THEN SUPPORT SOMEONE WHO IS DOING SOMETHING ABOUT IT!

HELP ME MAKE A DIFFERENCE.

IF YOU ARE AGAINST COPS EXECUTING INNOCENT PETS THEN SUPPORT SOMEONE WHO IS DOING SOMETHING ABOUT IT!

Please help me make a difference.