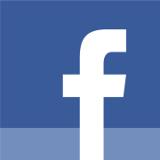 Some use it to connect with family and friends.

Empty, lonely people, including hopeless romantics, women and men alike, the same ones who think they will find their soulmate at a bar or nightclub, use Facebook to 'hook up.'

As an activist and writer exposing police misconduct, corruption and other injustices, I use Facebook as another way of networking and sharing my work.

And, there are others who use Facebook to spew racism and hate.

Recently, someone contacted me, yes through Facebook, to let me know about a page called 'Roc LOL.'

"Roc LOL', which is listed as an 'Entertainment Website' page, and which describes itself as "Hilarity in the Rochester, NY area and beyond", features links to stories which Rochester's corporate-run, mainstream media has done, most of which, in some way, involve minorities, mainly African-Americans.

Most of these links are from 13WHAM News, Rochester's ABC affiliate.

Whoever runs the page, then posts those same links, adding their own 'titles'.

For example, a recent post on 'Roc LOL' of a 13WHAM story about fights in Rochester's St. Paul St. downtown nightclubs, features the title "Chimpout on St. Paul. More of the diversity which enriches our community."

Some more examples of the racist poison posted on 'Roc LOL':

"Ape infestation" referring again, to another 13WHAM story about a family who was squatting in a Brighton, NY home.

"Another limp-wrist bitching about our right to self defense. When the EBT money runs out and the chimps go crazy, limp-wrist will change his tune LOL", in reference to a news story about first responders wearing bullet proof vests.

"According to CNN, it's some half-illiterate thugmonkey which calls itself "Nas.", referring to a post about Hip Hop Legend Nas, being named best lyricist.

Other sick posts on 'Roc LOL' include the following, posted as the title to a news story about Rochester's first baby of 2013, who is African-American... "First Rochester baby in 2013. Baby name: Layah Niree Bell. Baby mama name: Lauren Watkins. Says it all, doesn't it?"

On a post about a man who slapped a 2-year old and called him a racial slur on an airplane flight from Minneapolis to Atlanta, the 'Roc LOL' post reads, "The guy should be given a medal."

'Roc LOL', which only has 11 'Likes', even takes shots at yours truly, posting several photos of me at rallies, and writing "One day this half-illiterate "Davy V" scumbag is going to put his camera on the wrong person's face."

I must admit, I actually really did LAUGH OUT LOUD at that one!

The person who contacted me about 'Roc LOL', told me that they had reported the page to Facebook several times, as a page promoting racist, hateful views.

Interestingly, 'Roc LOL' is still up.