When it Comes to the Rochester, NY Police Department, it's Not Just African-Americans and Latinos they Abuse! 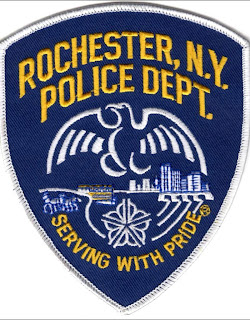 Even though historically, victims of harassment, racial profiling, beatings, and in some cases even executions at the hands of the Rochester, NY Police department, have been mostly African-American or Latino, the RPD has never had a problem showing that they have no trouble abusing, beating and violating the civil rights of caucasians as well.

The video below is a prime example of this.

The video was shot on October 8, 2009 at a peaceful anti-war march in downtown Rochester, NY.

Rochester, NY Police officers can be seen in the video abusing innocent protesters, grabbing them, slamming them to the street, pushing them, and in some cases, arresting them.

In watching the video, one can't help but to see it as a foreshadowing of what would happen in New York City just a couple of years later, during the Occupy Wall Street demonstrations where NYPD officers beat innocent people, including members of the press.

For those not really familiar with the history of misconduct and corruption within the Rochester, NY Police department, the video can give you some idea of the sort of rogue police officers the City of Rochester and the RPD employ.