Rochester, NY City Council President Lovely Warren "Unfollows" Individual who has been Stalking me and My Children

Rochester, NY City Council President and Mayoral Candidate Lovely Warren wasted no time in quickly distancing herself from Justin Bainter, the Rochester man who since at least February has been obsessed with me and my work exposing police misconduct and corruption.

Justin Bainter has been engaging in a series of disturbing actions and behavior, including stalking my children at their elementary school, and posting photos of them online.

Why is Rochester, NY City Council President Lovely Warren, who is well on her way to becoming Rochester's first woman Mayor, be "following" a disturbed individual on Twitter, named Justin Bainter, who has been stalking me and my minor children?

Since at least early February of this year, Justin Bainter, who claims to be friends with Rochester, NY Police officers, has been completely obsessed with me and my work exposing police misconduct and corruption, mostly on behalf of the Rochester, NY Police department. 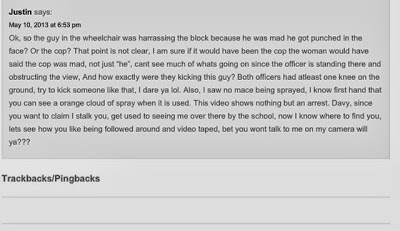 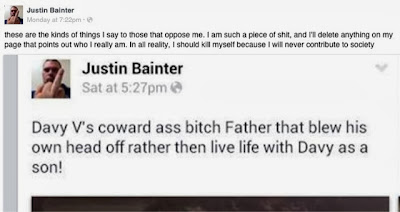 Then, a day after I spoke with RPD Sgt. Mura, Justin Bainter posted a comment on Minority Reporter, saying, "You TRIED to call in a false report yesterday!!!... You spoke with a Sgt. correct?..."

So why would Lovely Warren, who I have openly criticized for her refusal to denounce the Rochester, NY Police department's long history of racial profiling, abusing, and in some cases even murdering unarmed, innocent African-Americans and Latinos, be following Justin Bainter? 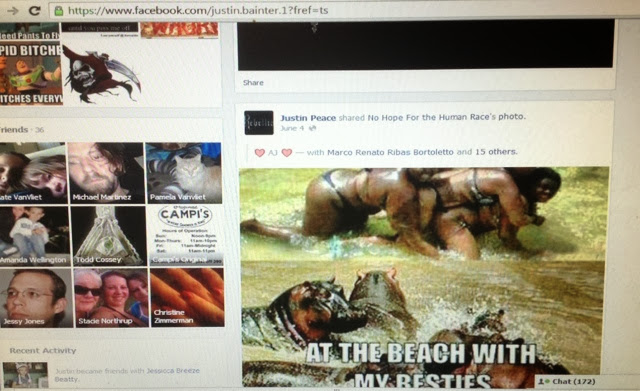 Please help me make "A Promise to My Dad".


Click on the link below to go to the Indiegogo fundraising campaign page for my film,
"A Promise to My Dad".