In fact, 34-year old mother of  two, once considered a career in law enforcement, having taken the civil service exams in 2003, for the Rochester, NY Police department, and the Monroe County, NY Sheriff's office.

Just a few days after she accepted a good paying sales management job, Diane was to take the RPD's and MCSO physical exams.

Unable to walk away from a lucrative income, Diane decided to stay put.

I've known Diane for a couple of years.

We've had friendly disagreements over my work as an activist, writer and blogger exposing incidents of police misconduct and corruption.

More often than not, those conversations have ended with Diane saying I'm a bit too hard on law enforcement.

Needless to say, we always agree to disagree.

Which is why I found it a bit ironic when early Sunday morning, Diane sent me several text messages, during a disturbing incident she had with a mall cop, and a Greece, NY Police officer.

What was supposed to be a relaxing night with a good friend, soon ended up being anything but.

After drinking a couple of beers, Diane stopped, and went outside.

"Knowing I had consumed approximately three beers, I knew not to drive, so at a little after 1 a.m., I went to my car in the Hooligan's parking lot and sat inside with my friend to talk, smoke a cigarette and sober up." said Diane.

"After about fifteen minutes, I noticed a Greece Ridge Mall cop gazing at me, and frankly I was a little creeped out. I was doing nothing wrong so I was concerned as to why he was there. After a few more minutes of him continuing to stare at me, I opened my window asked if there was a problem. He drove closer to me, rolled his window down and asked me to leave.  I asked him why and his response was that I was loitering."

Diane then tried to explain to the mall security guard that she was not loitering. 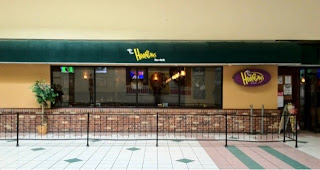 "I responded that I was a patron of TC Hooligan's and had been in there all night, and that I was in my car to smoke a cigarette and sober up before driving back home," Diane said.

"He then told me he was calling the police. A few moments later another mall cop came over and asked what was the problem. I said there was no problem other than that I felt uncomfotable by the first mall cop watching me, and when I asked him is there was a problem, I was told to leave."

"He proceeded to tell me that the parking lot was private property and if I was asked to leave, I needed to."

"I responded again, that I am a patron of Hooligans and I was not leaving because I was doing nothing wrong."

This is where the Paul Blart mall cops called Greece Police.

"He (the mall cop) then told me the cops were on their way," said Diane.

"When I saw the Greece Police cruiser entering the parking lot, that's when I texted you," Diane told me via a phone interview Sunday afternoon.

And here's where the situation becomes even more disturbing.

"As I sat in my vehicle, on my phone sending you the text, officer Sandi approached my vehicle, banged on my window and open my door," Diane told me, adding, "Officer Sandi told me to step out of my vehicle. He then proceeded to tell me that he didn't appreciate being ignored when he approached my vehicle, which made no sense as the officer gave me no time to address him, as it was a matter of seconds from the moment he banged on my window, to the moment he opened my door."

Is this how the Greece, NY Police department instructs its male officers to treat women?

Bang on their car door windows and bully them?

Then, just as Diane had tried to explain to the mall cop earlier, she tried explaining to officer Sandi that she had done nothing wrong.

"I stepped out, as officer Sandi requested, I asked him why I was being asked to leave, because I was not loitering, I had been a patron at Hooligans since 10:00 p.m., and all I was doing was smoking a cigarette as I sobered up after having the few beers."

"Officer Sandi then became quite bothered by my question and immediately became confrontational, said Diane.

"I told him that I knew my rights, I said that I am being a responsible person by waiting in my car to sober up and I didn't understand why the police had were even called. He told me to be quiet," said Diane.

"Officer Sandi then told me that not only was I being asked to leave by the mall cops because it is private property, but that he was asking me to leave."

"I told officer Sandi that I was not an idiot, knowing that I had been drinking, that I was not going to leave so that he could pull me over and arrest me for a DWI."

If there's one thing law enforcement officers don't like it's a smart citizen.

One who knows his or her rights.

"Officer Sandi didn't like what I said, so he grabbed me and turned me around and handcuffed me," said Diane.

"I asked officer Sandi if I was being arrested, and he said no. I then asked him why was I handcuffed?"

"Officer Sandi said that he felt 'threatened' by me and that  he had handcuffed me for his safety," said Diane.

"I was handcuffed and a female Greece Police officer by the last name of Knight, held me by my left arm, as officer Sandi walked over to talk with my friend."

A few moments later, officer Sandi returned and said that he was removing my handcuffs, officer Knight told me to put my arms down to my side after the cuffs were removed, and I said ok."

"My left arm was freed first, I put that arm down to my side as I was asked, officer Sandi then removed the handcuff from my right arm, then raised my arm behind me over my head, It was obvious he was trying to make me uncomfortble and I felt that he was purposely trying to escalate things, like he was atttempting to create a problem so that he could arrest me," said Diane.

"I yelled that he was hurting me and that I have a rotator cuff injury, then officer Sandi immediatley let my arm loose."

"My friend told the officers that he called someone to pick us up and that we would be gone momentarily. The officers went back to their vehicles, and my friend and I were picked up and we all left."

"I couldn't believe I was being treated like a criminal," Diane told me.

"I felt that officer Sandi was not interested in keeping his community safe, just eager to take advantage of someone he could walk all over."

"Officer Sandi was mad that he knew he was talking to someone smart."

"He clearly had no interest in hearing what I had to say, it's like he already had his own perception."

It's intetesting that Diane mentioned the word perception.

In fact he's the only black officer in the Greece Police department.

It can be said that officer Sandi is Greece, NY Police department's token black cop.

And as a minority, not just in the literal sense, but a minority on the Greece Police department, a police force which is predominantly white, one would think that being black, officer Sengova Sandi would be more sensitive when it comes to issues of cultural sensitivity, than say, a white officer. 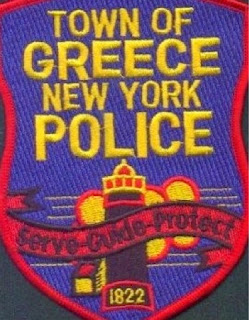 There's only one thing I hate more than a rogue, bully, abusive cop.

A minority, rogue, bully, abusive cop who gets off on abusing other minorities like himself.

I asked Diane, a Sociology major at St. John Fisher College, who graduates in May, if officer Sandi ever apologized to her.

Note: I reached out to TC Hooligans for comment and spoke with a manager who would only identify himself as "Mike."

However, I find it disturbing that an establishment such as TC Hooligans, which makes their money from serving alcohol to patrons, would throw a patron under the bus and defend a couple of mall cops, and an over zealous, rogue cop.

So if you or a loved one patronizes TC Hooligans, especially the Greece Ridge Mall location, be careful.

From speaking with Mike it seemed to me that TC Hooligans management and staff, including the bouncers, may be engaging in entrapment working with Greece, NY Police officers and possibly setting up patrons to be harassed and pulled over after drinking at the bar.