By Davy V.
Since corporate-America mainstream news media hasn't released a photo of the Glens Falls, New York loser who bound and drowned his girlfriend's small dog, which was found in the Hudson River Thursday, with its snout and legs wrapped in black tape, I am publishing his photos, taken from his Facebook page.
Matthew Wisell, 27, of Prosepect Street, in Glens Falls, NY was arrested Friday and charged with aggravated animal cruelty.
According to police, Wisell, who moved to the Glens Falls area from western Vermont, killed the innocent little dog because of "behavioral problems." 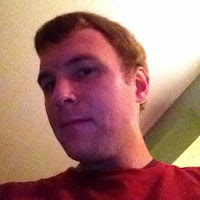 If you know Matthew Wisell, and have any information on any other innocent animal(s) has abused and/or killed, please contact me.

Almost 8 hours after I was the first to publish Matthew Wisell's photos and exposed this coward who killed an innocent family pet, Corporate-America run LAMESTREAM news media finally decided to release his photo.

Also, on Matthew Wisell's Facebook page, there is a photo of a beautiful kitten, which seems to be laying on a woman's lap.


I wonder how many innocent pets are in danger of this sick, obviously very disturbed individual.