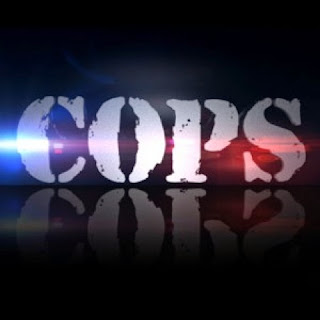 By Davy V.
Believing that an air soft pistol which shoots plastic pellets was a real firearm, three Omaha, Nebraska Police officers responding to a call for a robbery at a Wendy's restaurant Tuesday night, shot and killed not only the alleged robber, Cortez Washington, 32, but also 38-year old Bryce Dion, an audio technician for the television show 'Cops', who were filming while on ride alongs with Omaha Police.
Omaha Police claim that Washington turned and fired at officers.
Plastic pellets.
According to Omaha Police spokesperson Michael Pecha, even though Dion was wearing a bullet proof vest, he was struck under the arm by at least one bullet, after officers unloaded a hail of shots.
According to Omaha Police Chief Todd Schmaderer, officers Darren Cunningham, 37, Brooks Riley, 35, and Jason Wilhelm, 39, were placed on administrative leave, pending an investigation into the shooting.
In other words, all three trigger-happy officers will still collect a paycheck, as the spin game gets under way, while Dion's family makes funeral arrangements.
I'm sure Omaha Police were quick to confiscate the restaurant's surveillance video.