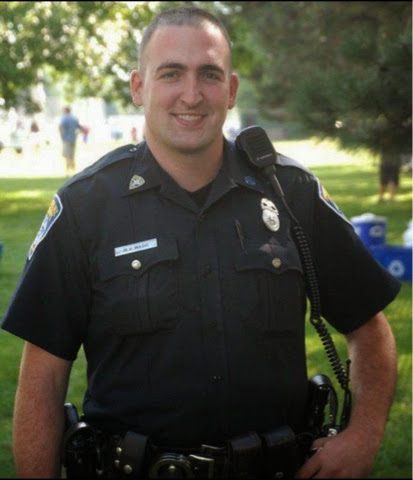 Quintin Keene has a message for Rochester, NY Police officers.

"If you're a police officer and you're truly a good cop then you would get the trash out."

The trash Quinitin is referring to is rogue, dirty cops like Rochester Police officer Mario Masic.

On September 18, 2014 Quintin was on the phone talking with his grandmother while washing clothes at a Genesee Street laundromat on Rochester's west side when he saw a Rochester Police cruiser pull up in front of the laundromat and do a u-turn.

"Oh wow I guess they got somebody," Quintin commented to his grandmother, not realizing that the officer driving the cruiser was actually coming for him.

That's when Rochester Police officer Mario Masic ran into the laundromat, assaults Quintin, grabbing him and throwing him up against the wall, yelling, "Take your hand out of your fucking pocket!, Put your fucking phone down!"

It was then that Quintin says he told officer Masic that he wanted to let his grandmother, who hadheard the entire commotion, what was going on.

But officer Masic, who is known on the streets as "Cowboy", wasn't trying to hear that.

"I don't give a fuck about your grandmother, put your phone down!", Masic yelled at Quintin, before pepper spraying him in the face.

In an exclusive video interview with independent journalist Ted Forsyth, who broke this story on Rochester Indymedia, Quintin describes what Rochester Police officer Mario Masic did next.

"He (Masic) tells me if I don't stop moving he's going to shoot me."

After more Rochester Police officers arrived, Quintin was taken outside and placed in a police cruiser where he was taken to jail.

Quintin was charged with resisting arrest.

The incident took place just a few blocks away from where Rochester, NY Police Sgt. Aaron Colletti was caught on video punching an African-American man on tne porch of a home.

If the name Mario Masic sounds familiar, it should.

Rochester Police officer Mario Masic made international headlines when he violated Emily Good's constitutional rights right after he arrested her for video recording him conducting a racially profiled traffic stop of an African-American motorist on May 12, 2011.

Charges against Good were later dismissed.

The incident put the City of Rochester, NY, and the Rochester Police Department under an international spotlight, as the latest law enforcement agency to violate a citizen's first amendment right to record.

Click the link below to read Forsyth's piece as well as watch a great video which not only includes an interview with Quintin Keene, but also a history of Rochester Police officer Mario Masic.