What Did Larry and Jane Glazer Do For Rochester's Poor? 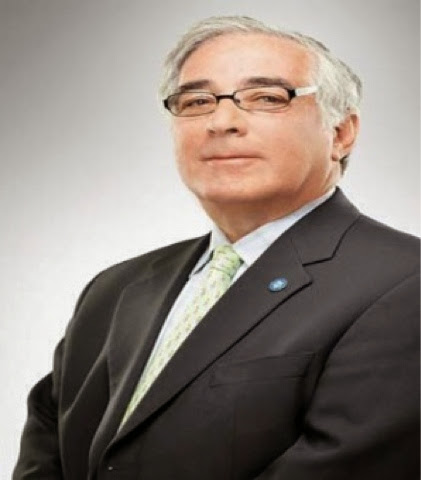 What is it about society that as soon as soneone dies, they immediately enter sainthood?

We've all heard it a million times.

Oh he was such a good man, he wouldn't hurt a fly, such a good, caring, giving soul.

Am I the only one who sees this?

Am I the only one with the cojones to call this b.s. out?

In just the last couple of weeks, in my hometown of Rochester, NY, with the help of Rochester's Corporate-America run mainstream news media, the community has entered three people into this 'sainthood.'

The first was a Rochester, NY cop, Daryl Pierson, who according to Rochester Police Chief Michael Ciminelli, was shot and killed while chasing a parolee suspect.

Before his body was cold, Rochester's cop loving LAMESTREAM news media labeled him a hero.

Before all the facts were known.

Before the 'investigation' into his death was complete.

A cop became a hero.

I call this phenomenon 'Instant Hero.'

And then, just two days later, Rochester, NY's Buckingham Properties CEO Larry Glazer, a billionaire developer, and his wife Jane, they entered this 'Instant sainthood' hero status, when they were killed after their single engine plane crashed into the sea near Jamaica.

It is believed that Glazer, who was piloting the Socata aircraft, and his wife, lost consciousness due to hypoxia, and the plane eventually crashed when it ran out of fuel.

Well, of course, as expected, Rochester's corporate-run mainstream news media once again made sure to brand the Glazers as nothing short of saints.

They were just people.

What made Larry Glazer a hero?

The fact that Rochester, NY Mayor Lovely Warren and the City of Rochester sold property to Glazer under market value, then provided huge tax breaks, in exchange for kick backs which Warren and her cohorts lined their pockets with, at taxpayers expense?

Is that what made Larry Glazer some sort of hero?

They're not heroes, any more than me or YOU would ever be considered 'heroes', despite the fact that we struggle everyday to provide for our familes and put clothes on our children's backs, and a roof over their heads.

Despite the fact that we go to great lengths every single day to give our children the best life we can, while deciding of we buy groceries, or pay that gas and electric shut off notice.

The cop, and Glazer, the billionaire tycoon developer who was known as 'Mr. Rochester', and his wife, just like YOU or I, used put on their pants one leg at a time, no?

They went to tne bathroom, just as YOU or I do, right?

And just as YOU or I, they made mistakes right?

Just as YOU or I, they sinned, didn't they?

So what is this shit, of instantly declaring someone a hero after they die?

Did the Glazers die while conducting a humanitarian mission to provide clean drinking water, food, and medicine  to children in Africa?

They died while on their way to their million dollar vacation home in Naples, Florida.

So check this out, since Rochester, NY's Corporate-America news media opened the door by labeling this power couple heroes, well, I'm gonna walk through that door!

The child poverty rate in Rochester, NY is 46 percent.

That's more than twice the national average of 20 percent.

Which is why it's no surprise that Rochester, NY is ranked as the 3rd Poorest City in the U.S.

Every day, thousands of low-income families, with young children, a strong concentration of which are African-American and Latinos, and many of them single parent homes, struggle to put food on the table.

For many young children in Rochester, NY, dinner consists of a pack of high sodium, Ramen noodle soup.

Many children don't even get that, and go to bed hungry, crying themselves to sleep.

What did Larry and Jane Glazer ever do to help Rochester's poor?

What did they do to help poor children in Rochester?

But again, I ask: What did Larry Glazer and his wife do, to directly effect, and improve the lives of Rochesfer's poor?

I'm not talking about some round about, tax write-off donation to some 'non profit' organization whose 'leaders' end up pocketing the money.

I am asking straight up, what did Larry and Jane Glazer do to help Rochester's poor?

The same homeless who struggle to find shelter from Rochester's harsh winters, and who can be found sleeping on cardboard boxes just a few feet away from Larry Glazer's $59 Million development of Rochester's former Midtown Plaza.

Funny thing is ask any minority in Rochester, NY, and I will bet you dollars to donuts that they will tell you they never saw Larry of Jane Glazer in their Jeffeson Avenue, of North Clintom Avenue neighborhood, handing out food baskets, or toys to poor children.

According to The Rochester Business Journal, Buckingham Properties is receiving more than $480,000 in tax breaks.

The tax breaks are going to support zone of Larry Glazer's multi-million dollar project at the former Ward Supply Company in Rochester, NY, which Glazer's company, Buckingham Properties is turning into apartments and commercial space.

According to Buckingham Properties, the project will create 13 jobs over the next three years.

So a billionaire tycoon's company gets more than $480,000 in tax breaks and only 13 jobs are created?

Over the next three years?

The old saying is so true.

The rich get richer.