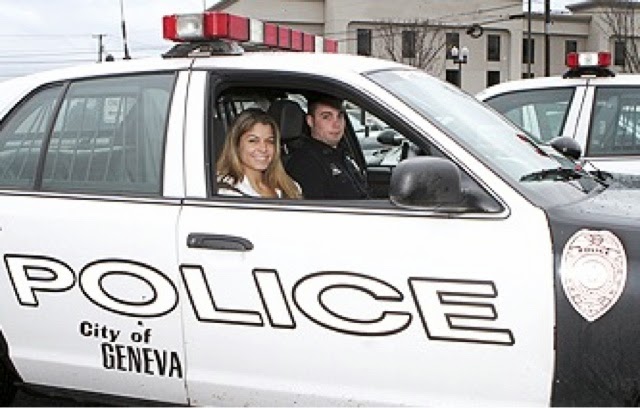 For the second time in less than three weeks, an Upstate, New York

police officer has been charged in a hit and run, and receives a paid vacation.

In my March 7th blog, I told you about Rochester, NY Police Sgt.

Christopher Brown, who struck a pedestrian then left the scene.

Brown was later charged with leaving the scene of an accident, and

was suspended with pay.

Or as I like to call it (what it really is), a paid vacation.

Well, this time it's Geneva, NY Police officer Robert Peters who is getting

paid to sit at home.

Officer Peters, who has been on the GPD since 2008, was suspended

Castle Street, while work crews were working nearby, on March 5th around

That vehicle was also parked.

officer Robert Peters was off duty at the time he decided to flee.

"Wonder what his BAC was?"