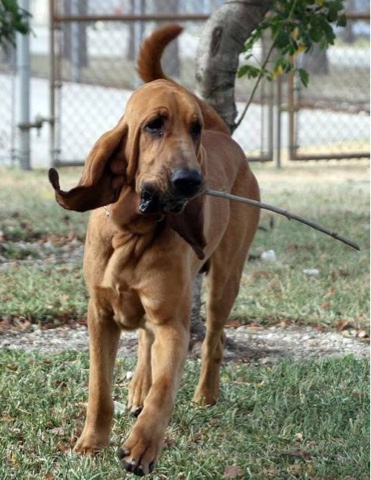 "Jimmy", K-9 Bloodhound abandoned in hot SUV by
Hialeah, Florida Police officer Nelson Enriquez
By Davy V.
Two Hialeah, Florida K-9's are dead after their human partner, Hialeah, Florida Police officer Nelson Enriquez left them inside his hot police SUV.
One of the K9's, a bloodhound named "Jimmy Ryce" was named after 9-year old Jimmy Ryce, a South Florida boy who was kidnapped and murdered 20 years ago.
Don Ryce, the boy's father donated Jimmy the bloodhound to Hialeah Police.
Jimmy lived with Hiaeleah Police officer Nelson Enriquez and his family, which included his wife and two small children.
As is customary with many South Florida law enforcement agencies, who take their official, taxpayer funded police vehicles home, officer Enriquez drove his marked Hialeah Police cruiser to his Davie, Florida home, in the early morning hours of Wednesday May
Officer Enriquez turned his police SUV off, got out, and went into his home, leaving Jimmy and "Hector", a 4-year old Belgian Malinois inside the hot SUV.
According to the Davie, Florida Police Department, which is the police agency with jurisdiction where officer Enriquez resides, and who has launched an "investigation" into the deaths of Jimmy and Hector, Hialeah Police officer Nelson Enriquez returned to his police SUV several hours later and discovered the dogs dead.
Davie Police officials say officer Enriquez's shift ended around 7 a.m. Wednesday morning.
Officials say that both dogs were left inside the hot SUV for at least four to five hours.
FOUR TO FIVE HOURS UNDER THE BLAZING HOT SUN.
However, Davie Police officials say officer Enriquez didn't call them until 6:50 p.m., hours after discovering his dead K-9 partners.
So it's unclear what happened in a nine hour span, from the time that officer Enriquez arrived at his home, to the time he called 911.
What is clear is that according to Hialeah, Florida Police Sgt. Carl Zogby, after discovering the dead K-9's, officer Enriquez called Hialeah Police before he called Davie, Florida Police.
Officer Nelson Enriquez, a 13-year veteran of the Hialeah Police Department, and a K-9 handler for seven years has been suspended with pay.
Which basically means that after killing his two beautiful K-9 partners, by abandoning them, and leaving them to suffer horrible deaths, officer Enriquez received a paid vacation.
If, and I say, IF, officer Nelson Enriquez is charged in the deaths of his K-9 partners, it would be extremely rare, since after all, any "investigation" in the end only means one thing.
Police investigating themselves.
However, it wouldn't be the first time that a South Florida Police officer is charged in causing the death of their K-9 partner.
In 2007, Miami-Dade Police K-9 "Duke", a beautiful German Shepherd, was killed after his handler, Sgt. Allen Cockfield kicked him during a training session.
Sgt, Cockfield was charged with animal cruelty, however, as is often the case when it comes to law enforcement officers, Cockfield was later aquiited.
In 2008, Miami Police officer Rondal Brown was charged with animal cruelty, after he starved his K-9 partner "Dynasty, to death.
Just as "Jimmy" the Hialeah Police bloodhound K-9, "Dynasty" was also donated by Don Rice, the father of the South Florida boy who was abducted and murdered.
In the case of Miami Police officer Rondal Brown, he accepted a plea deal which included probation, and his having to surrender his law enforcement certification, and agree to never again seek employment with the City of Miami.
Unfortunately, police officers killing their K-9 partners by abusing, neglecting and even abandoning them in hot patrol vehicles, is nothing new.
What's sad is that these K-9 partners are loyal to their human partners, and many times these K-9's save their partners lives.
Take, for example, "Lucas", also a black Belgian Malinois, who works for the Hancock County, Mississippi Sheriff's Department.
Just this past Monday, May 25th, Lucas saved his handler, Deputy Todd Frazier's life.
Deputy Frazier had stopped to check a Lincoln Town car which was parked at a rest stop.
Upon walking up to the car, Deputy Frasier observed the driver wasn't moving and appeared to be passed out.
That's when two suspects ambushed Deputy Frazier and grabbed him.
The two men dragged Deputy Frazier into a wooded area and told him they were going to slit his throat.
Deputy Frazier managed to hit a button on his key fob which opened his cruiser's door, allowing his K-9 partner Lucas to be released.
Lucas attacked the suspects, who managed to get away, biting them, and ultimately saving Deputy Frazier's life.
Hancock Sheriff Ricky Adam said that Deputy Frazier trained Lucas himself.
Hialeah Police K-9's Jimmy and Hector would have no doubt done the same for officer Enriquez.
Which is why it's so sad that he abandoned his K-9 partners and left them to die. 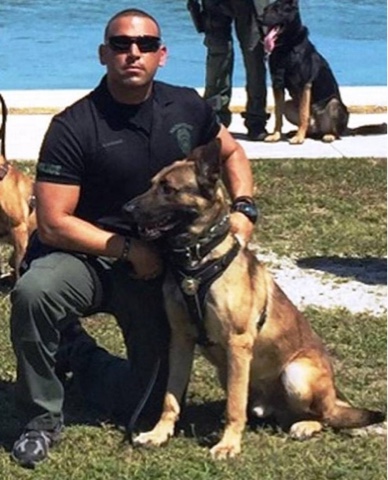 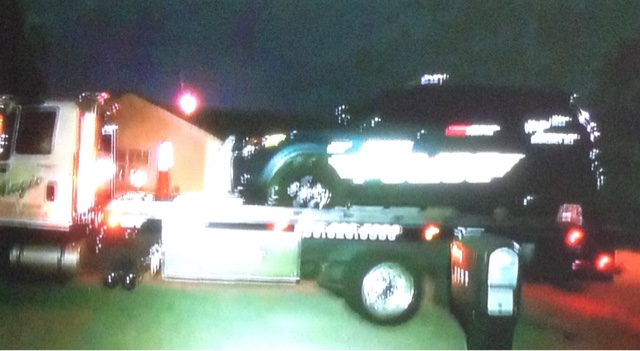 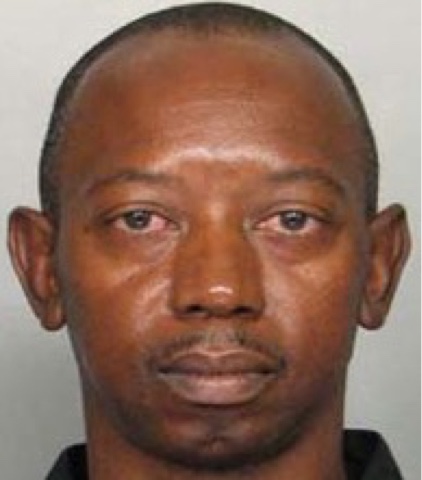 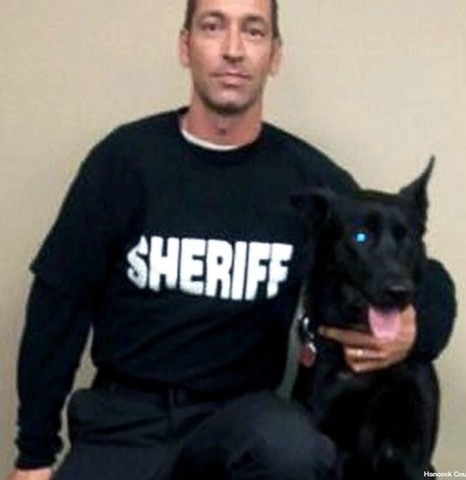 Deputy Todd Frazier with his K-9 "Lucas", who saved his life.
Follow me on twitter
https://twitter.com/davyvara
Posted by Davy V. at 7:24 PM