Thomas Johnson May Have Pulled the Trigger, but Rochester, NY Police officer Mark Rohr has Blood on his Hands 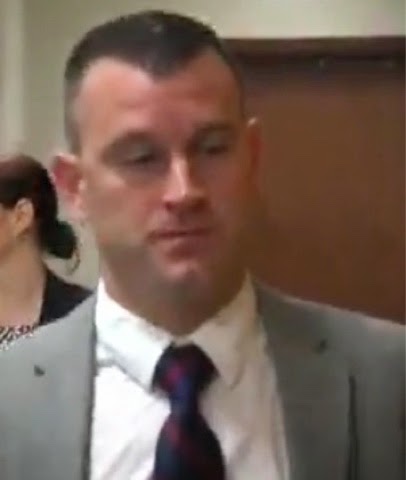 HAS BLOOD ON HIS HANDS
Rochester, NY Police officer Mark Rohr
NOTE:
After having taken a couple of relaxing days off from having covered one of the biggest trials in Rochester, NY and Monroe County, NY history, the trial of Thomas Johnson III, a black man accused of intentionally shooting and killing Rochester, NY Police officer Daryl Pietrson, I'm back.
In this piece I'm going to try and summarize the trial, and perhaps most importantly, break down some things which mainstream news media will never touch.
Before I begin however, I want to make one thing clear.
In no way, shape, or form, do I condone the killing of a law enforcement officer.
On the contrary, I found the trial to extremely disturbing, especially seeing graphic photos of Rochester, NY Police officer Daryl Pierson taken after his death.
It was also hard for me seeing Steve Pierson, RPD officer Daryl Pierson's father, having to sit through a trial, listening to testimony, and watching video of the final moments of his son's life.
To be honest I'm very upset.
That's why I had to take those couple of days off to disconnect.
You see, I always looked at the killing of Rochester, NY Police officer Daryl Pierson, differently than most.
Let me explain.
There's something that neither the Rochester, NY Police Department, or ANY law enforcement agency will admit.
At least not publicly.
And that's that the law enforcement profession is seriously flawed.
And it's that flaw, a deeply rooted pattern and practice of what I see as a combination of overzealousness, prejudiced, at times even racist behavior on behalf of law enforcement officers, which often leads them to create completely unnecessary situations.
Completely unnecessary situations in which not only are they abusing, and in some cases even killing innocent citizens, but more and more plaice officers themselves are losing their lives as a result of their fellow officers' and their own unnecessary actions and behavior.
-Davy V. 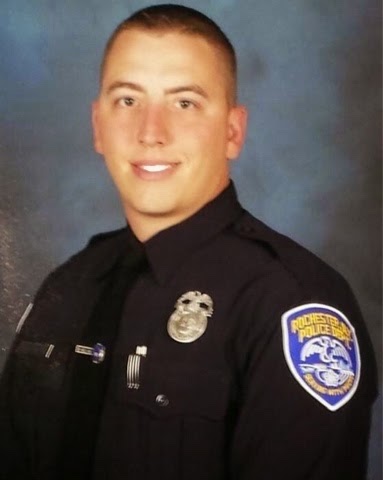 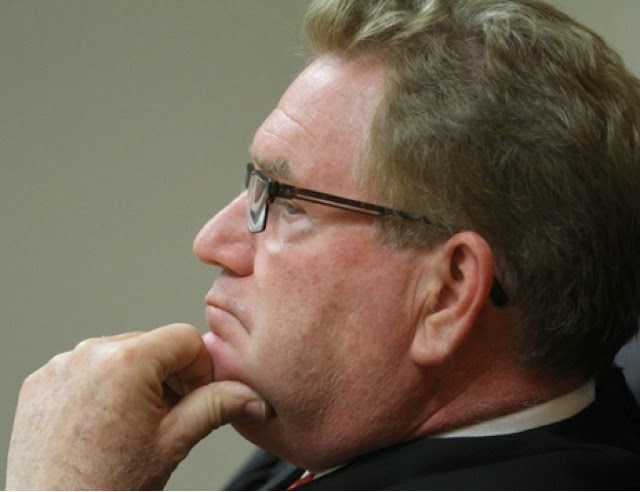 THE EX-COP AND PROSECUTOR MARRIED TO AN EX-COP
Judge Thomas Moran
The judge presiding over the trial of Thomas Johnson III was Judge Thomas Moran.
Prime I said earlier, Judge Moran is an ex-cop, and prosecutor, who is married to a retired Livingston County, NY Sheriff's investigator.
Judge Moran refused to recuse himself, despite defense Attorney James Hinman asking that he do so due to obvious conflicts of interest.
And bias.
Think about it.
An ex-cop, and prosecutor, who is married to an ex-cop, presiding over the trial of a black man accused of killing a cop.
Hmm...
But like I said, Judge Miran refused to recuse himself.
One of the most disturbing things, was the fact that despite defense Attorney James Hinman requesting that Judge Thomas Moran sequester the jury during deliberations, Judge Thomas Moran refused to do so.
The result?
The jury in one of the biggest trials in Rochester, NY and Monroe County, NY history was bombarded and possibly influenced by intense news media coverage.
During the trial, one juror even told Judge Moran that he turned on a news channel only to see one of the attorneys on TV, then quickly switched channels.
Or so he said.
By not sequestering the jury, they were undoubtedly influenced by family members, friends, etc., who no doubt had their two cents and opinions to share.
ROCHESTER, NY POLICE DEPARTMENT'S INTERESTING TIMING IN SIGN DEDICATION FOR ROCHESTER, NY POLICE OFFICER DARYL PIERSON. 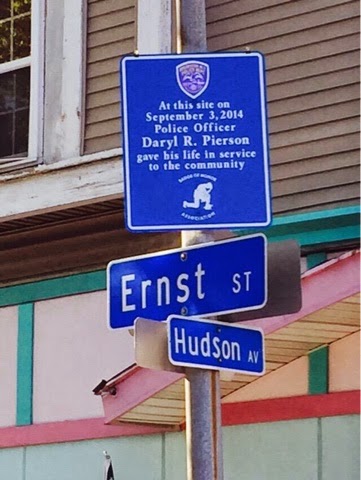 Sign honoring Rochester, NY Police officer Daryl Pierson
While I'm on the subject of the jury being influenced by not being sequestered, it's interesting to note that on Friday May 8, 2015, the same day the jury found Thomas Johnson III guilty of several felonies including aggravated murder of a police officer, which carries a mandatory prison sentence of life without parole, the Rochester, NY Police Department held a ceremony on the corner of Hudson Avenue and Ernst Street, where Rochester, NY Police officer Daryl Pierson was shot, unveiling a sign in his memory.
The ceremony featured hundreds of police officers, and officials.
And of course, the event was heavily reported on by Rochester, NY's mainstream news media.
It's interesting how the Rochester, NY Police Department couldn't wait until after the trial was over to hold the dedication ceremony.
Interesting how they just had to hold the sign unveiling ceremony on that specific day.
It's as if they knew the jury would announce their verdict just a few hours after their ceremony.
Hmm...
THOMAS JOHNSON III HANDCUFFED WITH ROCHESTER, NY POLICE OFFICER'S HANDCUFFS AFTER VERDICT 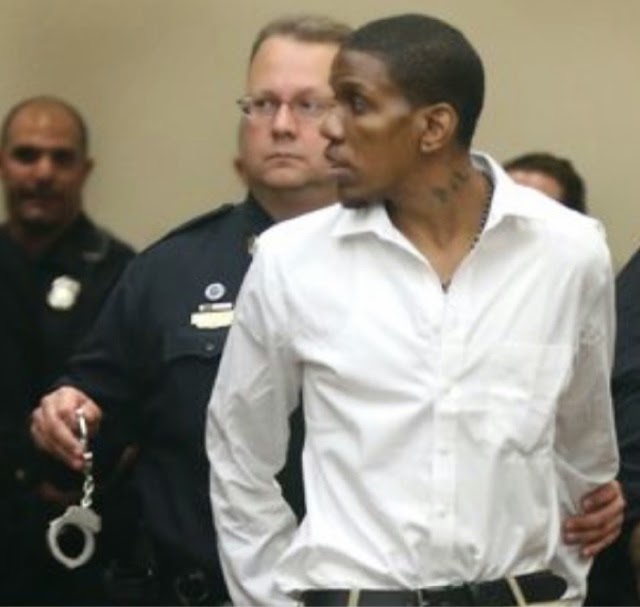 Monroe County, NY Sheriff's Deputy gets ready to handcuff Thomas Johnson III with
Rochester, NY Police officer Daryl Pierson's handcuffs. (Photo: Jamie Germano D&C)
One thing I thought was silly and totally inappropriate was the fact that after the jury delivered its verdict, Judge Thomas Moran allowed Monroe County, NY Sheriff's deputies to use Rochester, NY Police officer Daryl Pierson's handcuffs to handcuff Thomas Johnson III as he was taken out of the court room.
Inappropriate and a very disturbing sign of why Judge Thomas Moran should have recused himself.
It's clear that Judge Thomas Moran's history as a police officer, and former prosecutor, and his marriage to a retired cop, was more than enough to make him biased.
ROCHESTER, NY MAYOR LOVELY WARREN'S HIPOCRICY 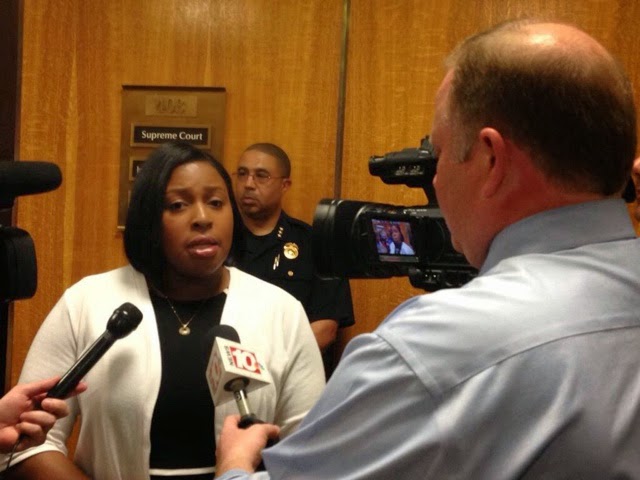 Rochester, NY Mayor Lovely Warren
In what has got to be the most hypocritical moment of the trial, Rochester, NY Mayor Lovely Warren, who didn't attend the trial, or in any way supported Rochester Police officers, showed up to hear the verdict, then made sure to get her face in front of as many television news cameras as she possibly could!
Both Disgusting and Hilarious! 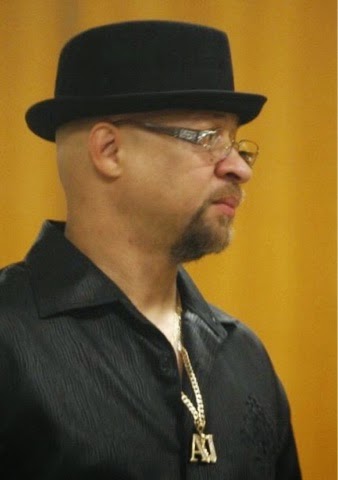 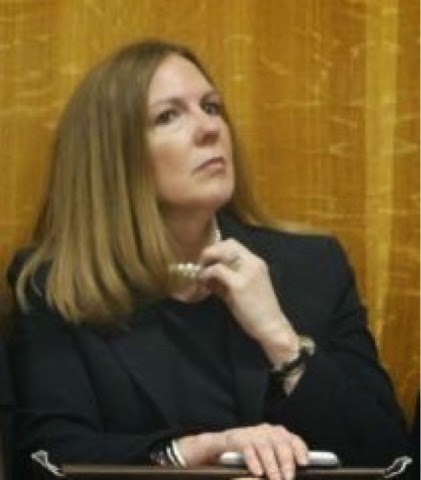 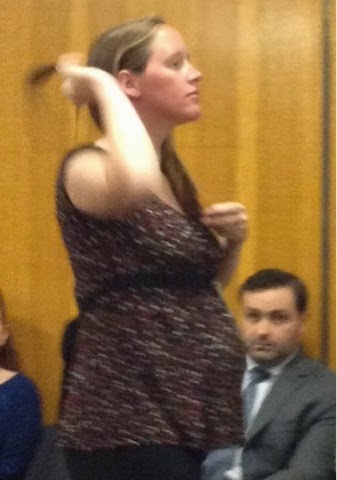 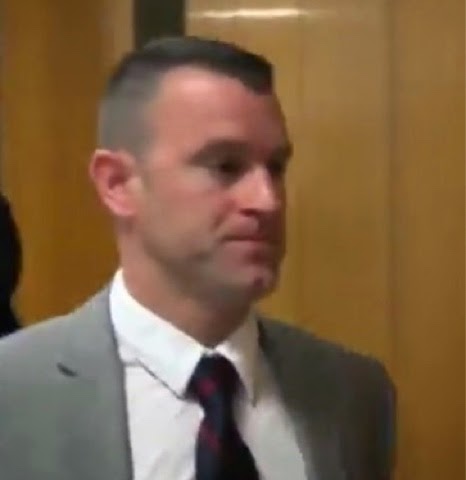 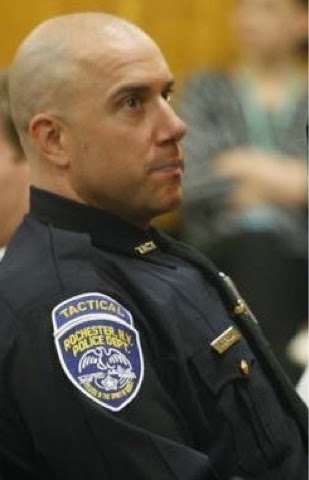 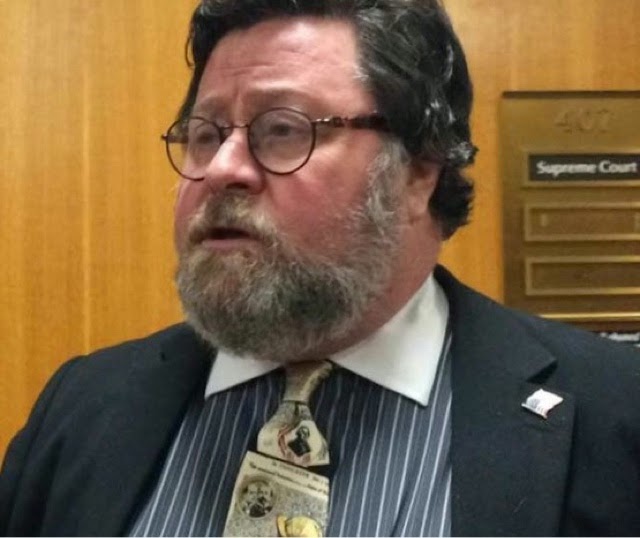 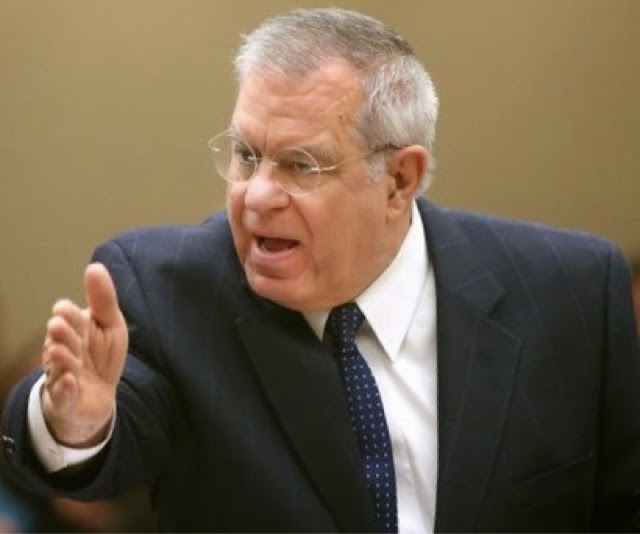 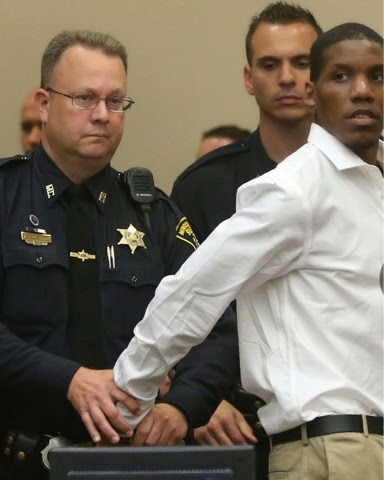