Former Greece, NY Cop John Casey Sentenced to Less Time in Prison for Child Pornography Than Some People are Serving for Marijuana Possession 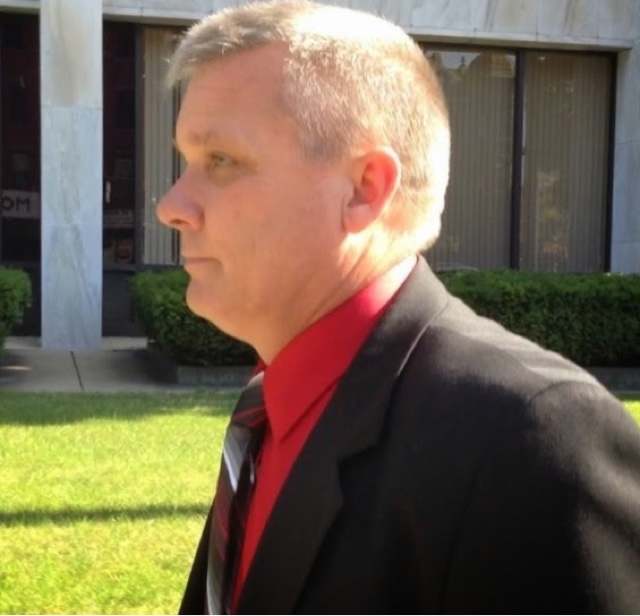 Former Greece, NY Cop John Casey
By Davy V.
If there's one thing I hate more than a dirty cop, it's a sleazy, greasy haired dirty lawyer who thinks that former cops should somehow be exempt from serving jail time for their crimes.
That's exactly what Rochester, NY lawyer Stephen Leonardo, who represents former Greece, NY Police officer John Casey argued in Federal Court Wednesday morning.
Casey, who pleaded guilty in March to possessing child pornography was in court to be sentenced.
Leonardo told Federal Court Judge Elizabeth A. Wolford that because his client had an "exemplary" military record and police history as a Greece, NY Police officer, he shouldn't serve a day in prison.
Even though Casey, who resigned from the Greece Police department pled guilty to charges that he was in possession of at least 64 child pornography files, with images depicting minors involved in sexual acts, including at least one image which featured a male adult sexually violating a female infant, as well as other Images of infants being raped.
But former Greece, NY Police officer John Casey's lawyer, Stephen Leonardo didn't care about that.
All he cared about was getting his sick, disgusting and disturbed ex-cop client off by having him serve no jail time.
In 2012, U.S. Department of Homeland Security investigators traced peer-to-peer file sharing images of child pornography, back to Greece, NY Police officer Casey, who before joining the Greece, NY Police Department was a Rochester, NY Police officer.
But federal agents didn't charge officer Casey.
In fact, it wasn't until two years later, in March of 2014, that a federal agent who was investigating different peer-to-peer file sharing services, discovered an IP address whose user had the 64 child pornography files which were ready for download.
That user was Greece, NY Police officer John Casey III.
The IP address, his own.
Federal agents armed with a search warrant raided Casey's Long Pond Rd. home in Greece, NY on April 22nd, and seized two laptop computers.
Agents also took a second computer from the home, which according to federal officials, contained information that could be traced back to Casey.
Investigators also discovered information on that computer which was traced back to officer Casey's profession as a police officer for the Greece, NY Police department.
Federal agents arrested Casey in Iowa.
So what did Federal Court Judge Elizabeth Wolford decide?
Well, even though U.S. Federal sentencing guidelines called for John Casey to be sentenced to a range between 57 and 71 months, Wolford instead sentenced Casey to only 48 months, or 4 years in prison.
The message?
If you're a former cop, you can receive less time in person for possessing images of babies getting getting raped, than some people are serving for marijusna possession.
Check out my video of me confronting former Greece, NY cop John Casey after his arraignment.
http://youtu.be/IPkbF9dH0nY
Follow me on twitter
https://twitter.com/davyvara
Posted by Davy V. at 1:56 PM