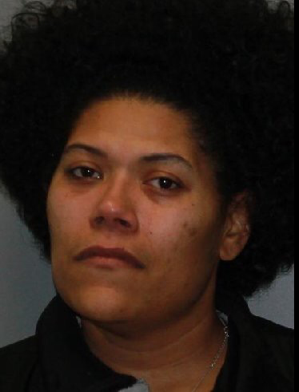 If you recall, Astacio is the Rochester, NY judge who was convicted of DWI after she crashed her car and was arrested for driving drunk on her way to preside over Saturday morning arraignments in February of this year.

Part of Judge Astacio's sentencing was that an interlock device be installed in her vehicle.

Because she was drunk.

Judge Stephen Aronson was clearly not happy to hear that.

The case has been adjourned until November 16.

Read my original story, including past updates below.

UPDATED MONDAY AUGUST 22, 2016
BY DAVY V.
"As an elected official you have responsibility to constituents. With this verdict you have let them down."
That's what Judge Stephen Aronson told Rochester, NY City Court Judge Leticia Astacio after he found her guilty of DWI, after she crashed her car and was arrested for driving drunk on her way to preside over Saturday morning arraignments in February.
Judge Aronson ordered Judge Astacio to pay a $500 fine and also ordered that Astacio install an interlock ignition device in her car.
Judge Astacio, who also lost her drivers license for 6 months, received a one-year conditional discharge which means that she has to stay out of trouble for at least one year, or the case, and the charges can be reopened. 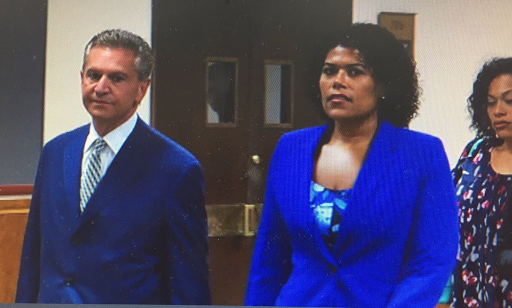 Rochester, NY City Court Judge Leticia Astacio walks out of court with her lawyer Ed Fiandach, after being found guilty of DWI.
READ MY ORIGINAL STORY BELOW.
UPDATED MONDAY AUGUST 15, 2016
Rochester, NY City Court Judge Leticia Astacio's trial for DWI began Monday in downtown Rochester.
Check back for updates.
READ MY ORIGINAL STORY BELOW.
By Davy V.
The list of City of Rochester, NY government officials who have been arrested and charged for driving drunk, continues to grow.
And it's turning out to be quite a doozy.
In fact, in just the past two years, a total of four high ranking City of Rochester, NY officials have been busted for getting behind the wheel drunk.
The list includes City of Rochester Director of Development Spencer Ash, City of Rochester Deputy Mayor Leonard Redon, City of Rochester Finance Director Charles Benincasa, and a Rochester City Court Judge.
That's right.
A Judge.
On February 13, 2016, New York State Police found Rochester City Court Judge Leticia Astacio's car on the side of Rochester's Interstate 490.
Behind the wheel?
An incoherent, rambling, Judge Astacio.
The vehicle was heavily damaged, and had four flat tires, apparently having been involved in some sort of accident.
According to court papers, Judge Astacio made several statements to police including, "You're fucking ruining my life."
But wait...
It gets better!
When a New York State trooper asked Judge Astacio where she was going, Judge Astacio replied, "I'm going to City Court to do the arraignments at 9:30 this morning."
WTF?
Ok.
Let me get this straight.
So not only was Judge Leticia Astacio drunk behind the wheel,  on the side of an expressway, after apparently crashing her car, but she was on her way to court to preside over Saturday morning arraignments?
Seriously?
Are you shitting me?!!!!!
I swear you can't write this shit.
When asked if she knew which direction she was traveling in, Judge Astacio allegedly told police that she wasn't good with directions.
Judge Astacio refused a breathalyzer test, but a preliminary screen, which is not admissible in court, registered a .19.
That's more than twice the legal Blood Alcohol Content (BAC) limit in New York State, which is .08.
And here's something you don't see often.
Friday morning in Rochester City Court, Judge Leticia Astacio appeared in the same courtroom where she usually presides over DWI and other criminal cases in, except this time instead of sitting high up on her bench, looking down at defendants, Judge Astacio was the defendant, looking up at the Judge who arraigned her.
That must have been a surreal feeling for Judge Astacio, who plead not guilty.
Judge Astacio appeared before Judge Stephen Aronson, who was brought in from Canandaigua, NY, to avoid any conflict of interest of having any local judges arraigning Judge Astacio.
"Young lady, it is unfortunate we meet under these circumstances," Judge Aronson told Judge Astacio.
Judge Aronson suspended Judge Astacio's drivers license and ordered her to surrender herself to New York State Police for processing.
Perhaps Assistant Monroe County, NY District Attorney Brian Dennis summed it up best, outside of court Friday morning.
"The ramifications of a Judge violating the law on her way to preside, certainly should cause everyone great concern."
I have a few questions that none of Rochester, NY mainstream news media reporters have asked.
Such as, how many innocent people has Judge Leticia Astacio convicted and/or sentenced while she was drunk?
Snd how many defendants has Judge Leticia Astacio wronged as a result of her alcoholism?
Much like a police officer, who takes an oath and swears to uphold the law, a judge should be held to a higher standard, when they break the law.
I mean it disgusts me when I think that Rochester, NY City Court Judge Leticia Astacio was drunk behind the wheel on her way to arraign individuals who were arrested the previous night for various criminal charges, including DWI.
If that's not a hypocrite then I don't know what is.
CITY OF ROCHESTER, NY DRUNKS 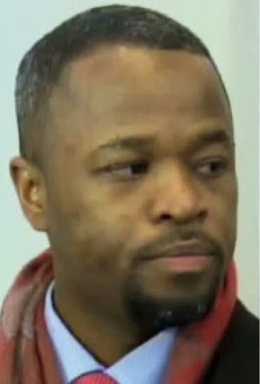 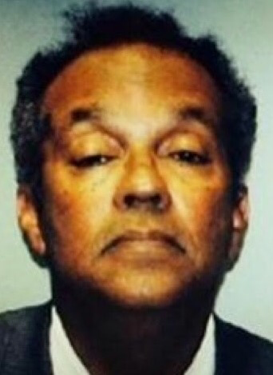 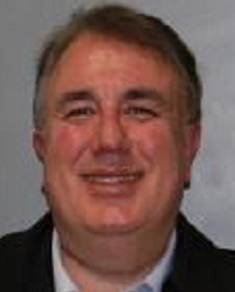 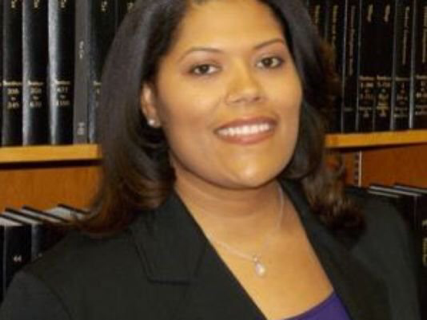