It's That Time of The Year Again, The Annual Rochester, NY Police Department's Gun Buyback Scam! 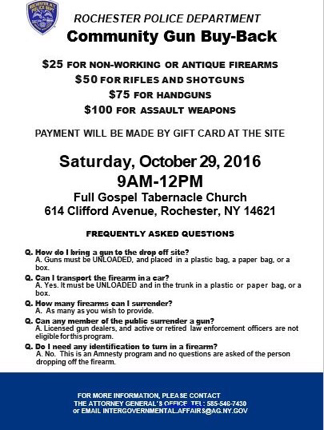 But of course, Rochester, NY Mayor Lovely Warren and her puppet Chief Ciminelli, pitch the program a little differently.

Together, they have citizens believe that by them turning in their guns, they're somehow making the streets of Rochester, NY, which has for years held the title of New York State's "Murder Capital", safer.

You see, the firearms which are turned in every year, to Rochester's Gun Buyback Program, ARE NOT guns that are just randomly scattered on city streets.

They're not the guns that criminals possess.

Criminals wouldn't trade in their tools for groceries.

Instead, the overwhelming percentage of firearms that the City of Rochester scams people out of every year with their Gun Buyback Program, (which by the way way is very poorly named since the City didn't sell the guns to begin with, so certainly they're not "buying" them back), are legally owned firearms, including in some cases, family heirlooms.

Take, for example, the photo below. 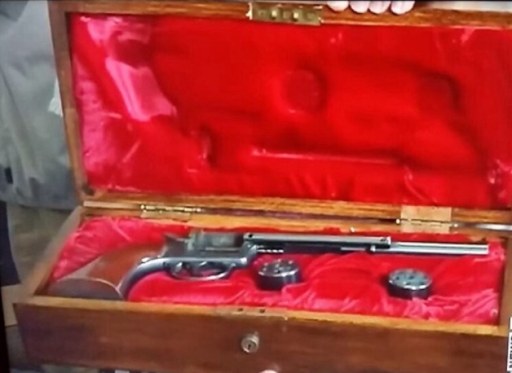 Elderly woman gets scammed out of her late father's vintage revolver.

The photo above shows a vintage wooden revolver in its wooden and red velvet display case, which an elderly woman turned in to the Rochester, NY Police Gun Buyback Program last year.

After turning it in, the woman said she wished she could have kept it, but that she knew that she had to turn it in because her father had passed away.

NOT TRUE AT ALL.

What the woman didn't know, and sadly, none of the Rochester, NY cops at the annual Gun Buyback Program scam told her,  is that there is a process that was available to her where she could have applied to the state, and become licensed, then she would have been able to legally keep her late father's vintage gun.

But again, she didn't know that.

Because again, no one told her.

Instead, Rochester, NY cops quickly took it off her hands in exchange for a $100 Wegmans gift card.

Another trusting citizen, this time a gentleman, turned in his vintage 100-plus year old  lever-action rifle.

And yet another man got robbed after he turned in his single-action Wild Wild West style revolver, again, for groceries.

Yes because, every time there's a drive-by shooting in Rochester, NY, like the one in August of 2015 where three black youths were killed, and several others were seriously injured, after a Boys and Girls Club basketball game, the weapon of choice has been a Gunsmoke, or Bonanza-type revolver.

Or an antique lever-action rifle.

According to Rochester, NY Mayor Lovely Warren, and Rochester Police Chief Mchael Ciminelli, all the firearms collected will be destroyed.

I will bet you dollars to donuts, that some dirty, crooked Rochester, NY cop, maybe even Chief Ciminelli hinsoef, has those vintage firearms in their gun display case. 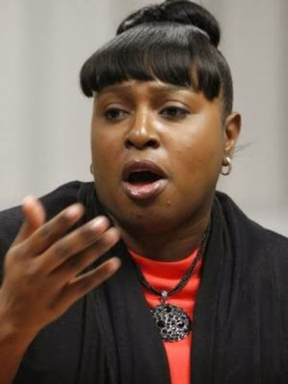 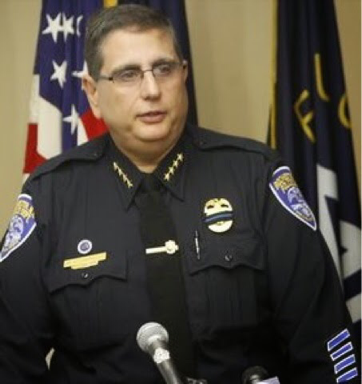