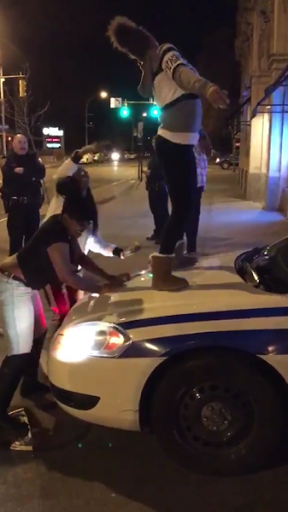 Rochester, NY Cop Laughs and Looks on as Twerk-Off is Held on Top of RPD Cruiser 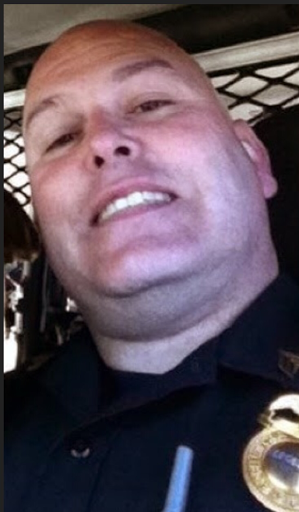 Rochester, NY Police Sgt. Steve Boily
UPDATED MONDAY FEBRUARY 27, 2017
BY DAVY V.
According to several sources who asked to remain anonymous, the Rochester, NY Police Officer seen in a video laughing and allowing several young women to twerk dance on top of a Rochester, NY Police cruiser is Sgt. Steve Boily, a senior officer, and a member of Rochester Police Chief Michael Cimminelli's staff.
Not surprising, considering that a couple of years ago, The Davy V. Blog wrote about Sgt. Boily condoning his own daughter's reckless driving, after she was ticketed for speeding.
Rochester Police Sgt. Boily even said police should have let his daughter off with no ticket.
In fact, in referring to why police should have let his daughter off with no ticket,  Sgt. Boily posted: "If they had known her Dad was in the same profession, they would have."
Rochester, NY Police Sgt. Steve Boily's mentality, is proof of the "Good Ol' Boys Club" which I've spoken about for years.
Read full story by clicking link below.
http://davyv.blogspot.com/2015/04/rochester-ny-police-sgt-steve-boily.html?m=1
READ FULL STORY ON TWERK-OFF ON TOP OF ROCHESTER, NY POLICE CRUISER BELOW
By Davy V.
A video posted on social media shows at least two Rochester, NY Police officers, (one of which can be seen laughing) watching a twerk-off contest.
On top of a Rochester, NY Police cruiser.
The video which was posted on social media early Saturday morning, was recorded at the intersection of East Avenue and Ryan Alley, in what's known as the East End district, an area in downtown Rochester known for nightclubs, drinking and fights.
This isn't the first time that Rochester, NY Police officers have willingly allowed official vehicles paid for with tax dollars to be misused.
Several years ago, The Davy V. Blog exposed the photo below, where a Rochester, NY Police Officer allowed a tattoo artist at Extreme Graphix Tattoo to sit in a Rochester Police cruiser and take the photo below where she stuck her middle finger up.
The woman then posted the photo on social media with the caption: "Real Gs steal cop cars n don't give a FUCK!" 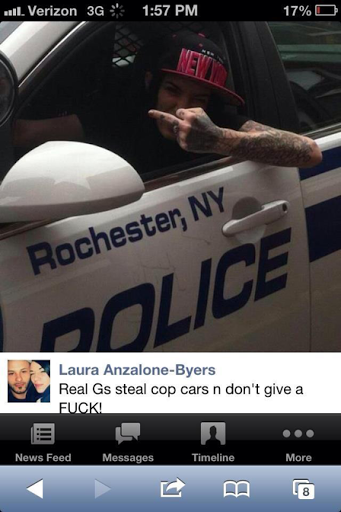 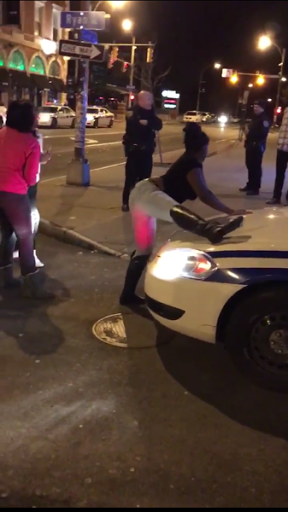 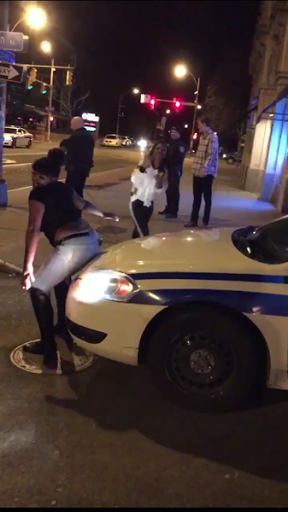 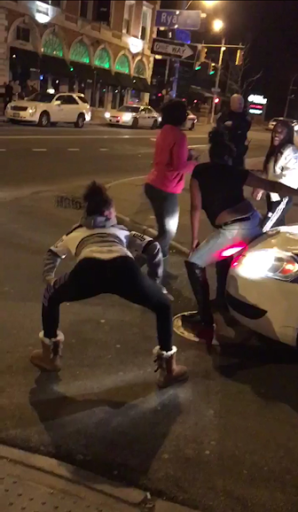 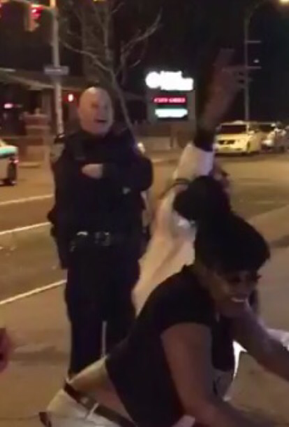 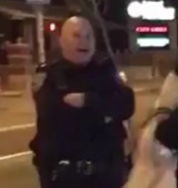