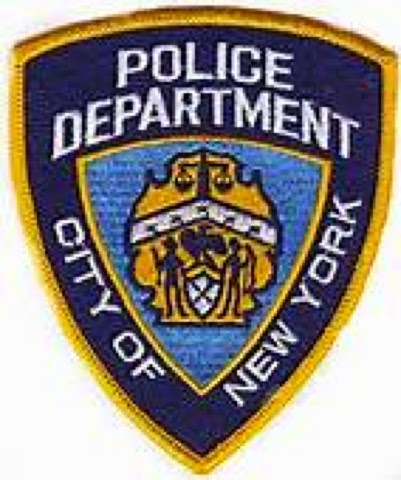 By Davy V.
A New York City Police officer out drinking, ended up turning his gun on two of his friends shooting them both.
NYPD officer Victor Zambrona was out with a small group of friends on New York's Upper West Side Thursday night when one of those friends, a woman, expressed concern over Zambrona being drunk.
Zambrona's friend asked if she could hold his gun, and hang onto it.
Officer Zambrona handed the gun over to the woman, but almost immediately changed his mind and demanded that the woman return the gun to him.
Concerned over her drunk friend having a gun, the woman refused to give Zambrona his gun back,and that's when a struggle ensued.
It was during that struggle that NYPD officer Zambrona fired off several shots.
One of those shots hit the woman in her foot.
Another friend of Zambrona, a man, was shot in the leg.
After shooting his two friends, officer Zambrona tried to flee.
Zambrona's male friend, who suffered the gunshot to his leg, managed to chase him down.
It was then that officer Zambrona fired at his friend, but that bullet missed the man, instead hitting the sidewalk.
Shortly after, Zambrona was surrounded by several New York City Police officers.
"They were shouting, 'Drop the gun! Drop tne gun!', but he wouldn't," a witness said.
Now had Zambrona been a regular citizen, especially a minority, NYPD officers would have shot and killed him on the spot.
Just like 7 Rochester, NY cops did, when they executed Izzy Andino, a mentally-ill young man on his 20th birthday, in June of 2012.
Andino, who was shot 10 times, was holding a BB rifle, and had not shot anyone.
But officer Zambrona wasn't a regular citizen.
He's a cop.
An NYPD cop.
And of course, the NYPD, or any other law enforcement agency is not going to shoot a fellow police officer, even though that officer is armed, and has just shot two people.
So what did they do?
An NYPD officer knocked the gun out of his hand, tackled and wrestled him down, and arrested him.
Too bad they don't do that when it's a black or Latino man.
The NYPD has not said what charges if any, officer Zambrona will face.