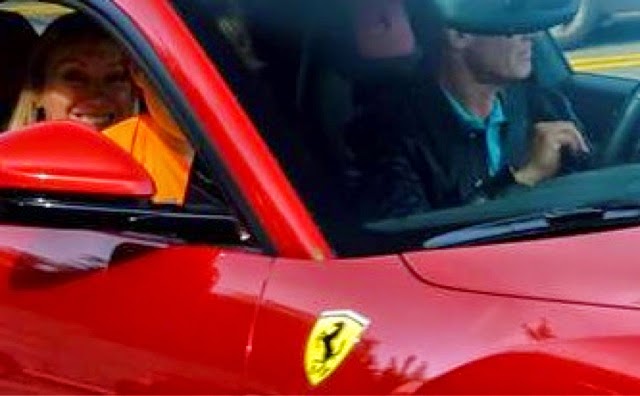 In fact, Danny Wegman keeps a line of high end sport and luxury vehicles, such as Porsches and Audis, parked in a secured, cordoned off area at the food chain's distribution center located on Brooks Ave. in Rochester, NY.

"Wegmans CEO spotted in $4 million Ferrari Updated: Thursday, October 9 2014, 12:14 PM EDT Pittsford, N.Y. - The CEO of Wegmans Food Markets has a fairly conspicuous new set of wheels. Danny Wegman was spotted last month driving a Ferrari F12 SP America in the parking lot of the Pittsford Wegmans store. This is reportedly the first time the car was seen on the road, according to GT Spirit. Wegman reportedly had the car created as a special one-off version of the F12 Berlinetta Ferrari. It is rumored to have cost somewhere between $3-4 million. The Wegman family has a net worth of more than $3 billion."

The fact that 13WHAM News ran a story of a billionaire grocery chain CEO's new toy, and made it a headline story, in Rochester, a city ranked the Third Poorest City in the U.S., where the child poverty rate is 46 percent, more than twice the national average of 20 percent, is disgusting.

Some would argue that it also wreaks of white privilege.

But the fact that Rochester's 13WHAM News would do a headline story on a white billionaire's $4.5 million dollar sports car is really no surprise.

Danny Wegman has lunch with them on a regular basis.

And that's also no surprise.

In the 1980's, when Danny Wegman was busted in South Florida with cocaine, his father, the late Robert Wegman, paid off Rochester's news outlets to make sure that his son's drug bust, an obvious embarrassing incident to the family name, never made the news.

When you're the CEO of a multi billion dollar empire, and your daughter Colleen Wegman is the president, all you have to do is tell local news media to jump, and they'll ask how high.

And that's exactly what 13WHAM News Director Chuck Samuels did last month when Danny Wegnan called him and probably told him something along the lines of "Hey Chuck, I just got a new toy!, Why don't you make it one of your top stories?"

And of course, Chuck Samuels did.

A couple of days ago, a gentleman who follows my blog contacted me with some very interesting information.

A photo of Danny Wegman in his Ferarri F12 SP.

At first, the photo of Danny Wegman driving his Ferarri, seemed just like the other photos I had already seen.

Until it hit me.

This photo was much different from the others.

With no seatbelt on.

Now here's my problem with this.

First and foremost obviously, is the fact that Danny Wegman, and his daughter Colleen Wegman would put an innocent child's life at risk, by taking the him on a joy ride, without safety restraint.

All for tne sake of showing off an expensive sports car.

My second issue with this is the fact that if that were me or YOU, putting a child at risk, let's just say things would go a bit different.

Perhaps the man who sent me the photo sums it up best in his email.

"The child I'd obviously a minor and has no seatbelt on, nor is a child on the all acceptable in New York State," the man who sent me the photo writes in his email to me.

"It's not about bashing him, (Danny Wegman), the man continues in his email, "It's about righting a wrong on the most basic level."

"You or I, or a young black single mother on welfare would be ticketed and charged with endagering the welfare of a child...thats my only point."

I wonder what speed Danny Wegman reached in his Ferarri SP12 with a little boy riding on his daughter Colleen's lap.

The fact that Danny Wegman and his daughter Collen put an innocent child's life at risk, or the fact that none of the magazine photographers and news crews at the photo shoot stopped them.