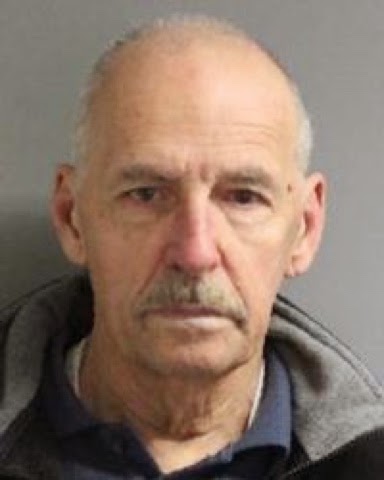 Retired Irondequoit, NY Police officer Martin Schlegel
By Davy V.
A retired Irondequoit, NY Police officer turned himself no New York State Police last week, and admitted that he had exposed himself to minors several times in tjeast year.
Retired Irondequoit, NY Police officer Martin Schlegel, 73, of Farmington, NY, is die back in court Monday evening at 6 pm.
Schlegel has been charged with endangering the welfare of a child.
UPDATE:
Former Irondequoit, NY Police officer Martin Schlegel was in Farmington Town Court Monday evening, where he pleaded not guilty.
According to court papers, the retired 73-year old cop had frequent sleepovers with young children and he would walk around naked.
Court documents also accuse Schlegel of laying in bed naked with the children, who were from the neighborhood.
Schlegel is accused of abusing a certain level of trust.
Trust that he no doubt picked up from his years as a police officer.
In an on camera interview with Rochester, NY News10 NBC reporter Berkeley Brean, Schlegel's attorney, Clark Zimmerman seemed very uncomfortable and nervous.
Brean asked Zimmerman several times should parents be concerned for their children, when it comes to Martin Schlegel, but Zimmerman would not give a straight answer.
"He's accused of endangering the welfare of children. There are three accusations," Zimmerman said.
In the court documents, Schlegel is accused of exposing himself in the nude and making a child fall asleep with hm in the same bed.

I will be updating this piece soon.
PLEASE SUPPORT MY FILM "A PROMISE TO MY DAD"