Rochester, NY Police Sgt. Steve Boily Believes Cop Should Have Let Daughter Off Speeding Ticket; "If They Had Known That Her Dad Was in The Same Profession, They Would Have." 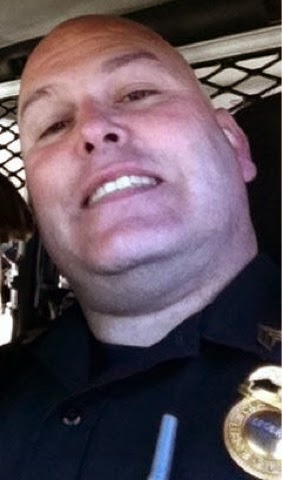 Rochester, NY Police Sgt. Steve Boily
By Davy V.
Do cops give, and expect to receive preferential treatment, or as they like to refer to it "professional courtesies" from other cops when they or their family members are pulled over for speeding, and other violations?
Of course they do.
Do cops believe they are entitled to special treatment just because they're part of the thin blue line?
Absolutely.
Do they also believe this "special treatment" should extend to their family?
Yes.
But when was the last time a cop admitted that to you?
Probably never right?
In fact you'd be hard pressed to find a cop who will admit that any kind of special treatment exists.
Well, thanks to Rochester, NY Police Sgt. Steve Boily, you can now rest assured that it does.
Here's the story.
I received a tip from a concerned taxpayer.
The tip consisted of two screenshots taken from Rochester, NY Police Sgt. Steve Boily's Facebook page.
In the first screen shot, RPD Sgt. Steve Boily posts about his daughter, Sarah Boily having been pulled over by police for speeding.
Sgt. Boily's Facebook post from April 6th at 3:59 pm reads;
"And the winner for fastest in a 40 mph zone......... Sarah Boily. And it was laser verified."
What followed was several people, ncluding RPD Sgt. Boily himself, commenting on how Sgt. Boily's daughter should have received special treatment, just because well, she's a cop's daughter.
Kelly Phillips then posted the following comment on Sgt. Boily's post.
"They Do the right thing?"
Rochester Police Sgt. Steve Boily replies;
"If they had known tgat her father was in the same profession, they would have."
Jessica Lewis posted; "She didn't use the "my dad is your sergeant" card??"
Melissa Nicolosi posted; "Police Daughter Lesson #1 "Excuse me officer, I was wondering if you might extend some professional courtesy?"
I'm not sure what I find more disgusting.
The fact that cops do subscribe to giving and receiving special treatment to cops and their families, or the fact that people would actually think that it's "Professional" for a police officer to look the other way and ignore a serious violation such as speeding.
It's a sick and twisted world we live in.
I'm also disgusted by the great example that Rochester Police Sgt. Steve Boily would teach and encourage his daughter that "preferential treatment" and double standards are good.
Way to teach a young driver to be responsible and accountable for her actions, Sgt. Boily.
And my response to Kelly Phillips?
Yes, they did the right thing.
They ticketed her.
However, I wonder if RPD Sgt, Steve Boily got that ticket "fixed."
It wouldn't surprise me.
Can't wait to see what the cop apologists will opine.
Here's RPD Sgt. Steve Boily's original post: 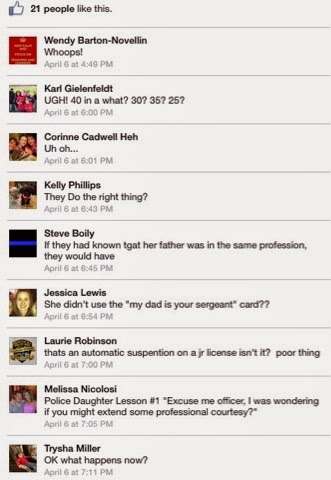