What You Can Get Away With When You're Not Black in America; Miami, Florida Man Opens Fire in The Middle of a Residential Street and Is NOT Killed by Police 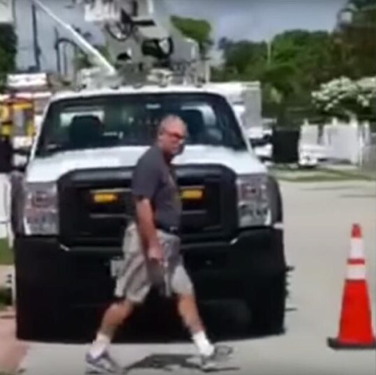 Jorge Jove with his unlicensed .357 revolver at his side stares down AT&T worker.
By Davy V.

A 64-year old Miami, Florida man apparently didn't like that two AT&T utility trucks were parked outside his home, so he went outside with his unlicensed.357 revolver and began shooting out the tires of the trucks.

According to Miami Police, 64-year old Jorge Jove even shot at an AT&T worker who was up on a bucket lift working on a line. 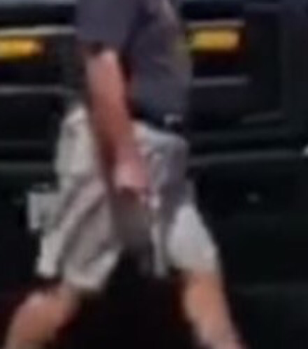 In the video which I've linked below, an AT&T worker can be heard on the phone with a 911 dispatcher, as Jove is seen shooting out the tires, before stopping to reload, then continuing to shoot.

Jove was arrested by Miami Police without incident and charged with aggravated assault and armed criminal mischief.

Shortly after, he was back on the streets after posting $30,000 bond.

I wonder how Miami Police would have handled the situation if Jove would have been a black man shooting  off an illegal gun in the middle of a residential street in plain daylight.