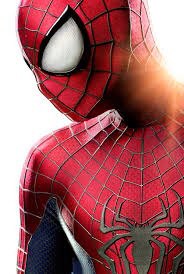 It seems that having a major motion picture like "The Amazing Spiderman 2" filming in Rochester, NY comes with a price.

I don't mean in a monetary sense.

When I first heard that Columbia Pictures had chosen to film the chase scene for "The Amazing Spiderman 2", in my hometown of Rochester, NY, I was excited.

In fact, I took my children and my niece to the first day of filming, and we were interviewed by Rochester's NPR Radio affiliate, WXXI, in a segment titled "Caught up in a Web of Excitement."

We each gave several reasons why we felt that having the biggest movie to ever be filmed in New York State, right in our city, was a great thing.

However, as an activist, writer, and filmmaker whose work centers around exposing issues such as police misconduct, abuse of power, and corruption, as well as advocating for people's First Amendment right to photograph and video record, I would have never imagined that one of the costs of having a major Hollywood movie in my city, would mean giving up that right.

Last week, an employee at the law firm of Rochester attorney Robert Brenna, was threatened by a Rochester, NY Police officer with arrest, for doing nothing more than looking out of his office window at filming being done in front of his building.

Also, a cameraman from Rochester's YNN news was told by film crews and Rochester Police that he was not allowed to shoot video, even though he was in a designated public viewing area.

These are just two examples where either Rochester Police officers, or the film's production crew members, have told civilians that they couldn't take photos, record video, or in some cases, simply look at action scenes being filmed, even though they were on public sidewalks, or, looking out of a window.

Last week, I personally witnessed several 20-something-year-old production assistants, or 'P.A.'s' ordering people to "keep it moving", and "move along."

Production assistants also told me to "keep moving" on at least one occasion.

Another thing the film crew P.A.'s have been doing is, once filming is done, and the public, including many downtown workers are allowed to walk through, the P.A.'s have been ordering people not to stop to take photos or record video.

"When movie producers, staff, etc. say 'you have to keep moving', or 'you can't stand still when taking photos', they have no more authority to order people to do, or not do something on a public street than anyone else", said Mickey Osterreicher, General Counsel for the National Press Photographers Association, adding, "If the production company has a permit to film and has set up a perimeter for that scene, you may be barred from entering, but once they open it to the public or if you are outside that area, then you have a right to photograph and record, and may not be told otherwise."

Some of the film's production assistants have been using "security and copyrights" as an excuse when they tell people that they have to move along and can't take photos or videos.

"You can't tell the public, or the press that they're allowed in a public place, but they have to leave their First Amendment rights at the door," said the NPPA's Osterreicher.

"It is one thing if someone is somehow interfering with their production, but outside that area, if the public is allowed to be there, then everyone, including the press, is allowed to be there, and they can't say that someone can't do something because it is inconveniencing them, or because their bosses told them to order people around", Osterreicher said.

"Once you tell them they have no authority to order you about in this way, they usually call the police or their security, who are often off-duty officers. Private security on a public street do not have any greater authority than the twenty-somethings. Should the police order someone to stop taking photos in a public place, or to keep moving when they are in public and they have a purpose for being there, then they are now violating your First Amendment rights because they are ostensibly acting under color of law". said Osterreicher, from Orlando, Florida, where he is
teaching a class to the International Association of Chiefs of Police, on the First Amendment right to photograph and video record police in public.

So, beneath all the excitement of Hollywood invading Rochester, NY for a week and a half to film one of he biggest superhero movies of all time, a very disturbing thing is happening.

Young film production crew members seem intent on violating the United States Constitution, while seeming to only be concerned about completing their shoot, and Rochester, NY Police officers seem intent on continuing to do what they have a long history of doing so well, abusing their power.

Given the fact that a Rochester, NY Police officer threatened a law firm employee with arrest for looking out of a window, it begs the question:

I wouldn't doubt it.

It's not uncommon for film crews to have police officers do their 'dirty work' for them.

In June of 2011, Carlos Miller who founded the popular site Photography is Not a Crime, or "PINAC", exposed Fort Lauderdale, Florida Police officers whom Miller described as "hired guns for the Rock of Ages film set."

In that case, Ft. Lauderdale Police officers harassed, intimidated, and threatened photojournalists who tried to photograph actors in public.

The filmmakers in Ft. Lauderdale posted signs telling people that they were forbidden from taking photos, and referencing a city ordinance that had nothing to do with photography or trespassing for that matter.

Fort Lauderdale cops even went as far as to put up a sign which read “photography of this area is prohibited” and that violators would be arrested.

A photographer was issued a citation, which apparently was for trespassing, for taking pictures from a public garage.

A garage where he had paid money to park his car in.

Shortly after the story ran in Photography is Not a Crime, the signs went down, and as Miller wrote in an updated piece: "Photography is no longer a crime in Fort Lauderdale. Not that it ever was."

So,when it comes to law enforcement abusing their power by barking unconstitutional orders at citizens, perhaps the NPPA's Osterreicher sums it up best:

"Because I said so', is fine for your mother to say, but police cannot order you to do, or not do something unless they have a legal basis to do so. You have a First Amendment right to photograph and record in a public place unless you are doing something else that is in violation of the law. So, often police will threaten to arrest you, or actually just do it, for being disorderly or for obstruction of governmental administration, or for loitering or trespassing, but as the US Department of Justice has recently stated in another case, these are highly discretionary charges that should be viewed as highly suspect by the court when used against someone doing nothing more than taking pictures or recording video on a public street.

It seems like somewhere along the line, "The Amazing Spiderman 2" film producers forgot the classic line, "With great power comes great responsibility."

Or maybe the just never cared.


Check out Photography is Not a Crime     http://photographyisnotacrime.com/

If you believe in my work as an activist, writer and blogger exposing police misconduct, corruption, and other injustices which mainstream, Corporate-America run news media ignores, please support by making a donation.

To make a donation, simply click on the 'Donate' button at the top right of the blog, and follow the steps.

All transactions are secure through PayPal.

Another way you can support is by getting a "COPS LIE. RECORD EVERYTHING." t-shirt.

T-shirts are black with white print on both sides.

Shipping and handling is included in price.

If you'd like to support by getting t-shirts, please do so by clicking on the 'Donate' button at the top right, and following the same steps.