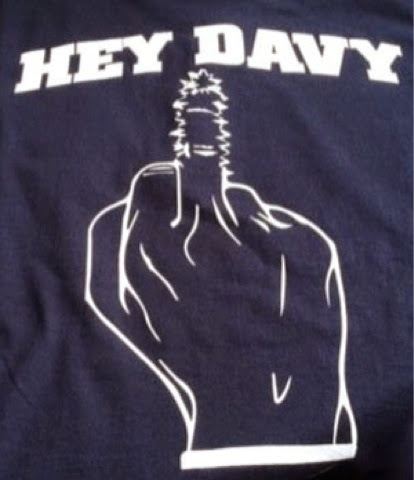 There are many ways to honor a fallen police officer.

Take for example the Village of East Rochester, NY, the hometown of Rochester, NY Police officer who was shot and killed on September 3, 2014, according to Rochester Police, while attempting to arrest a parole violator.

I understand there are some folks who don't like my work.

But I can't think of a more distasteful way to honor someone's memory.

And just to prove to anyone who doubts that Extreme Graphix did in fact get FUCK YOU DAVY V. t-shirts done in memory of Rochester Police officer Daryl Pierson, just check out the video below to listen to what an Extreme Graphix employee tells me, after I call pretending to be someone asking about the t-shirts.

Click the link below to listen to my call to Extreme Graphix!