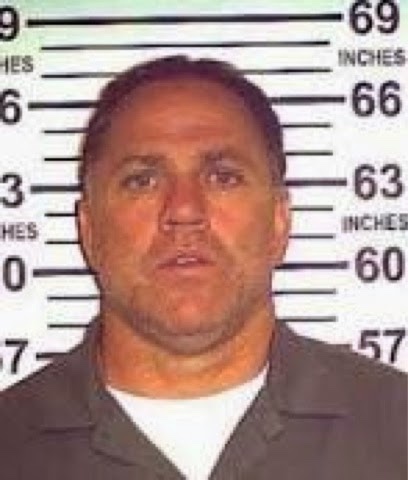 Former Cop Turned Ex-Con Gary Pignato
By Davy V.
Gary Pignato, the former Greece, NY cop turned ex-con was busted Friday night and charged with DWI.
Pignato, one of the dirtiest cops I've written about, served almost 4 years in state prison after being convicted of bribing women for sex.
Pignato would pull women over, bribe them, and then coerce them into having sex with him in exchange for letting him off traffic tickets, and other violations.
In one incident, a domestic disturbance call, Gary Pignato arrived at a home where the boyfriend of a young woman had called 911.
The woman had been drinking alcohol.

Immediately after Gary Pignato learned that the woman was on probation, he threatened her, and bribed her by telling her that if she did not have sex with him he would arrest her and she would be in violation of her probation, for being intoxicated.
Afraid that Greece, NY Police officer Gary Pignato would violate her probation, the woman agreed to have sex with him.
That's just one of many disturbing incidents in which Gary Pignato violated the oath he swore to uphold as a police officer.
An oath to protect and serve.
Gary Pignato's corrupt behavior didn't start with the Greece, NY Police departnent.
Pignato was always a sick, perverted cop.
Earlier in his law enforcement career, Pignato was a Rochester, NY Police officer.
As an RPD officer, Pignato got a transvestite prostitute to perform oral sex on a fellow Rochester Police officer.
Pignato was later terminated from the RPD, and went to work for the Palmyra, NY Police department, a police department well known for hiring cops who have a history of misconduct and corruption.
Friday night, Gary Pignato was pulled over by Monroe  County, NY Sheriff's deputies, after they observed him running over several traffic cones in a pickup truck, as he was leaving a carnival in Hilton, NY.
Follow me on Twitter https://twitter.com/davyvara
Posted by Davy V. at 4:25 PM