Charlie Tan Gets Away with Blowing his Father's Head Off, After Judge Piampiano Dismisses Case Against Him. Monroe County, NY District Attorney Sandra Doorley: "This is a Travesty of Justice!" 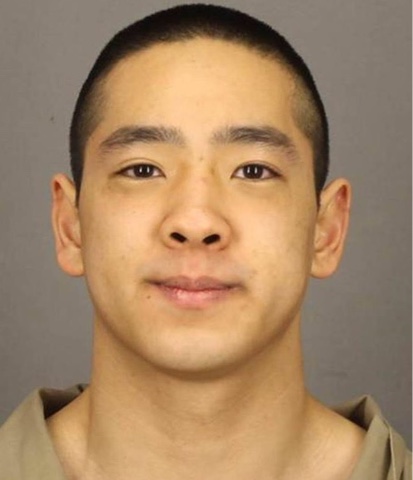 THAT SMIRK Charlie Tan's Mugshot
Photo: Twitter
UPDATED MAY 1, 2016 9:00 A.M.
The Charlie Tan case will air on Dateline NBC tonight at 10:00 p.m. EST, but I can sum up the entire case in one sentence and save you an hour of watching the show.
Here it goes...
Charlie Tan, a privileged Asian-American college student got away with blowing his father's face off with a shotgun, with the help of the white, affluent community of Pittsford, NY.
Read my original story on the Charlie Tan case below.
By Davy V.
As much as I hate to say this, I have to.
I TOLD YOU SO!
It's over.
Charlie Tan got away with murder.
And I can't say I'm the least bit surprised.
You see, it was all planned from the start.
Judge James Piampiano declares a mistrial, just a few weeks before his big election.
Then, to appease the community, Piampiano schedules a court date for Monroe County, NY prosecutors and defense lawyers to meet to discuss a new trial.
Then this morning, Judge Piampiano dismisses the case against Charlie Tan entirely.
Just like that.
Two days after winning his election.
After ruling that there wasn't sufficient evidence to warrant Tan being tried for the murder again, Judge Piampiano lets a cold blooded killer, who blew his father's head off, walk.
Sometime between February 5, and February 8, 2015, Charlie Tan, 19, a Cornell Unversity student, grabbed a shotgun which his best friend, Whitney Knckerbocker purchased for him at a WalMart in Cortland, New York, Charlie Tan shot his dad several times in his face, head, and arm, as Jim Tan sat at his desk in his upstairs home office. (SEE MY ORIGINAL PIECE BELOW)
At one point Thursday morning, Judge Piampiano threatened to have Monroe County Assistant District Attorney William Gargan put in handcuffs after Gargan tried to speak and voice his disagreement with Piampiano's decision to dismiss the case against Tan.
"Do not yell into that microphone!", Judge Piampiano yelled at Gargan.
"I would have been happy to be put in handcuffs," Monroe County Assistsnt District Attorney William Gargan said after the ruling.
"This is a travesty of justice," said Monroe County District Attorney Sandra Doorley.
Doorley added, "This is prejudice within the criminal justice system, this never would have happened to a city kid."
Which is exactly what I said from day one.
As usual, this case has brought out some of the most disturbed individuals, who have actually rooted for a killer all along.
A killer who executed his father.
Take, for example, Matt Higgins, who goes by the user name @DJhigginz on Twitter.
Higgins felt it necessary to tweet me to express just what a sick individual he is, to support a killer.
As you can see in the tweet below, Higgins writes:
"Haha gotta give #CharlieTan some credit. He beat the system." 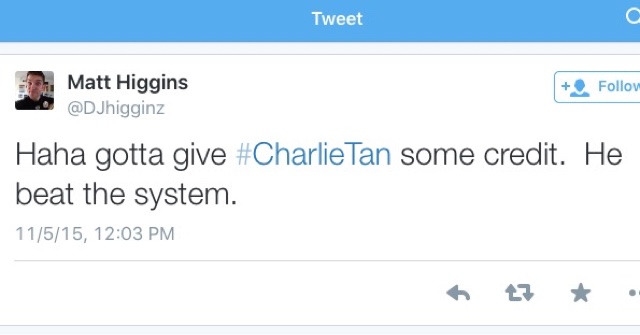 In another tweet, this one addressed to me, Higgins writes:
"@DavyVara They should've given him a medal too." 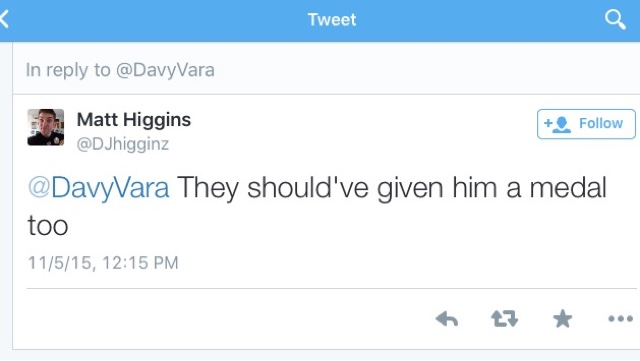 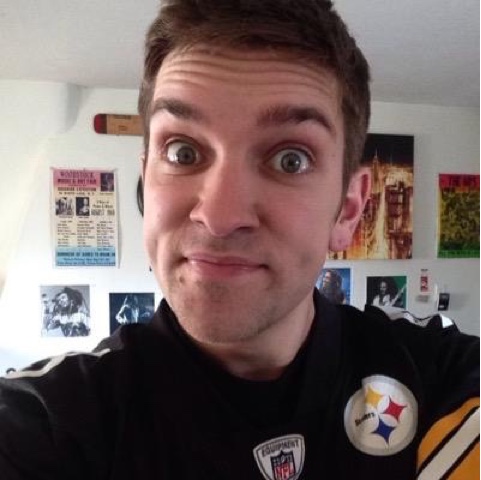 Matt Higgins thinks Charlie Tan deserves a medal for beating the system.
So there you have it.
Charlie Tan.
An Ivy League scholar.
From a rich, affluent town.
Pittsford, NY.
With friends in high places.
Like New York State Assemblyman Bill Nojay, whose son is best friends with Charlie Tan.
So what do I really think?
Judge Piampiano was bought and paid for.
Judge Piampiano conveniently waited until two days after winning his election, to let Charlie Tan, a murderer who blew his father's head off, go free.
UPDATE:
On Monday November 23rd, Monroe County, NY District Attorney Sandra Doorley filed an appeal with the New York State Court of Appeals asking the court to reverse Judge Piampiano's decision to make Charlie Tan a free man. 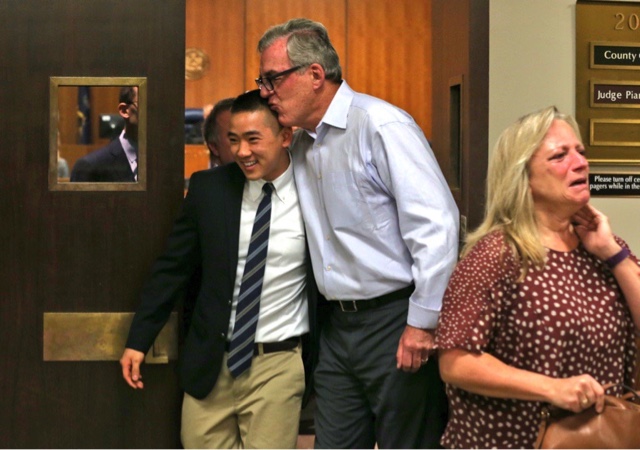 Charlie Tan is all smiles after Judge Piampiano dismisses case against him
BELOW, IS MY ORIGINAL PIECE PN THE CHARLIE TAN MURDER CASE.
By Davy V.
Charlie Tan got away with blowing his father's head off.
I can't say I'm the least bit surprised.
There's one more killer loose in the Rochester, NY area today.
His name is Charlie Tan.
And he got away with murder.
But judging by that smirk that he had on his face from day one, Charlie Tan always knew he'd get away with it.
Thursday morning, a mistrial was declared after a Monroe County, NY jury deliberated for 7 days.
But while many, including myself thought that the jury of 10 women and 2 men were clearly looking for a reason, any reason not to convict Tan, ignoring clear evidence that Charlie Tan is a killer, it turns out it they didn't stop deliberations.
The judge did.
Judge Piampiano ended deliberations and thus, the trial.
And according to jurors who spoke after the mistral, they were disappointed that Judge Piampiano ended the trial, and as a result, let a killer go free.
According to one juror, the count began with 8 to acquit, and ended with 9 to convict.
Jurors also said they were ready to continue deliberating when Piampiano ended the trial.
The Monroe County, NY District Attorney's office says it will retry Charlie Tan.
Sometime between February 5, and February 8, 2015, Charlie Tan, 19, a Cornell Unversity student, grabbed a shotgun which his best friend, Whitney Knckerbocker purchased for him at a WalMart, and as his father Jim Tan, 49, CEO of Dynamax Imaging, sat at his desk in an upstairs office of their 37 Coach Side Lane, Pittsford, NY home, Charlie Tan shot his dad several times in his face, head, and arm. 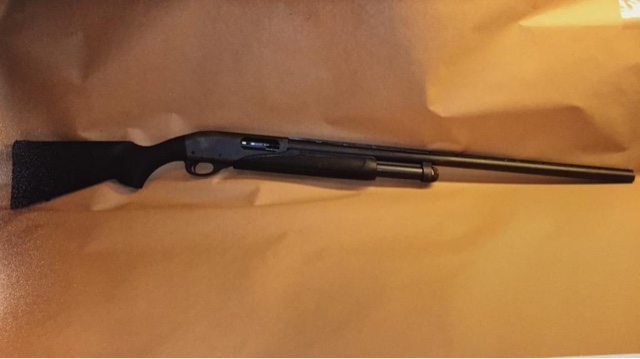 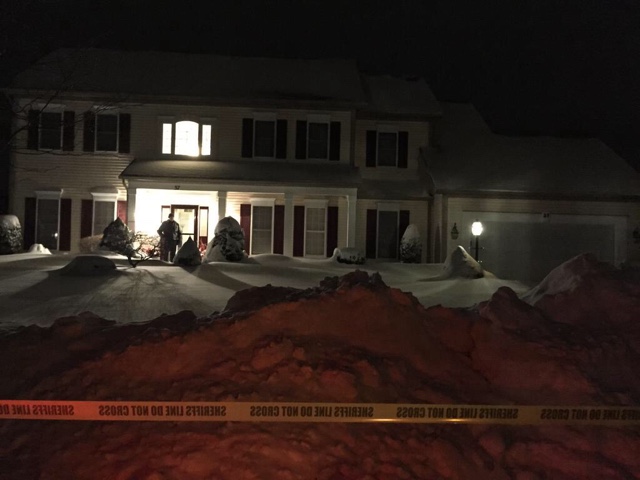 The Tan Home, 37 Coach Side Lane, Pittsford, NY
Photo: Twitter
Experts testified in the trial that Jim Tan could have been killed as early as February 5th, that's four days before Charlie Tan's mother, Jean Tan called 911 on February 9th, in what many believe was a well planned and rehearsed phone call, frantically telling the 911 operator that her husband was dead. 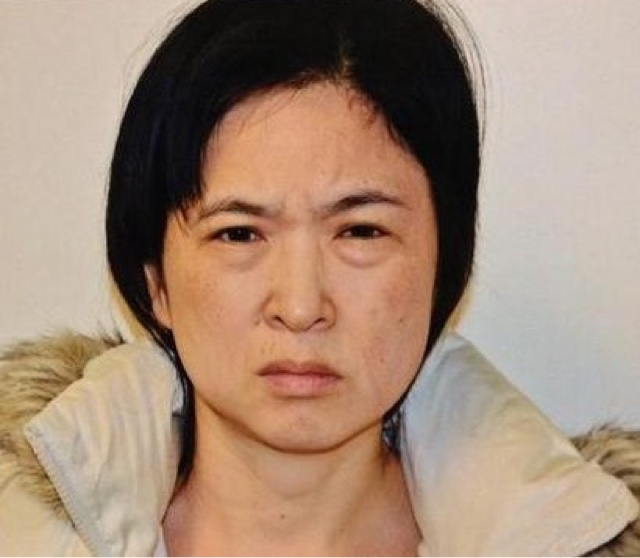 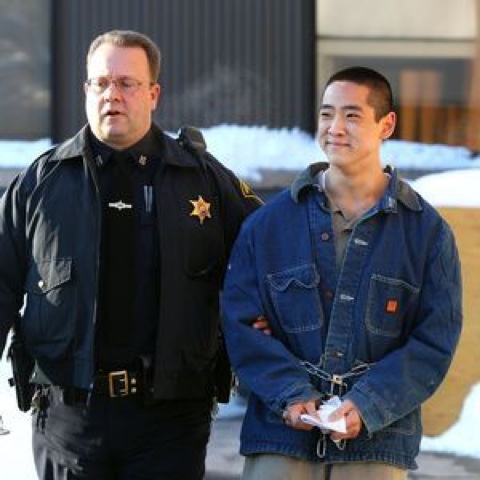 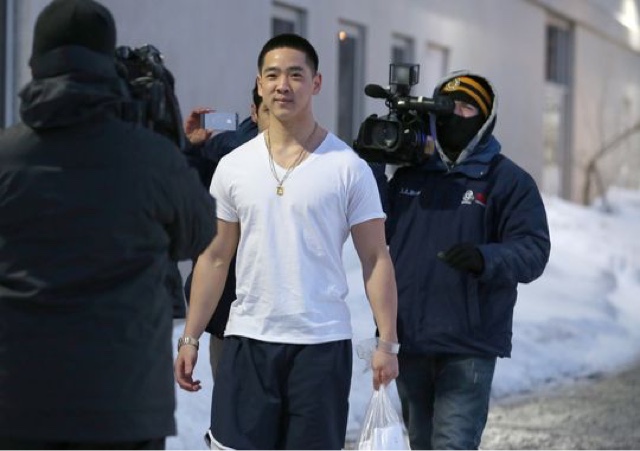 Charlie Tan Smilng and Hamming it Up For News Cameras
Photo: Twitter 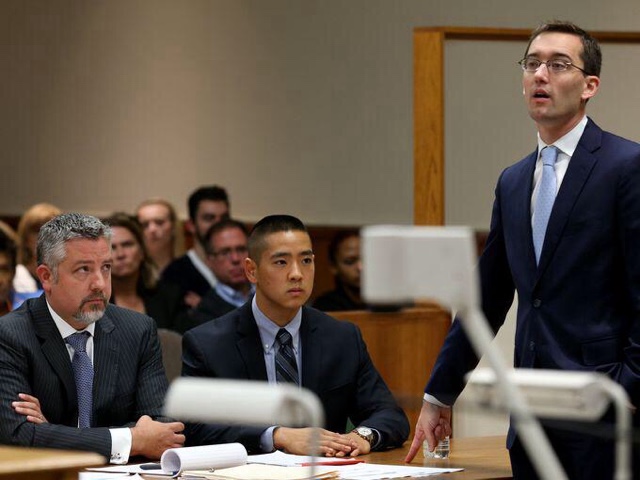 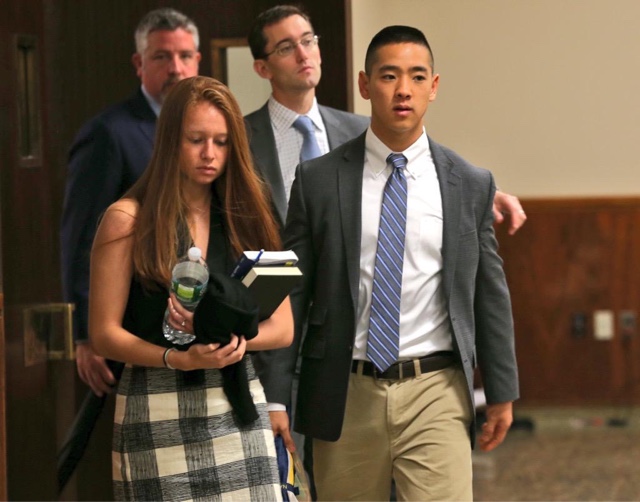 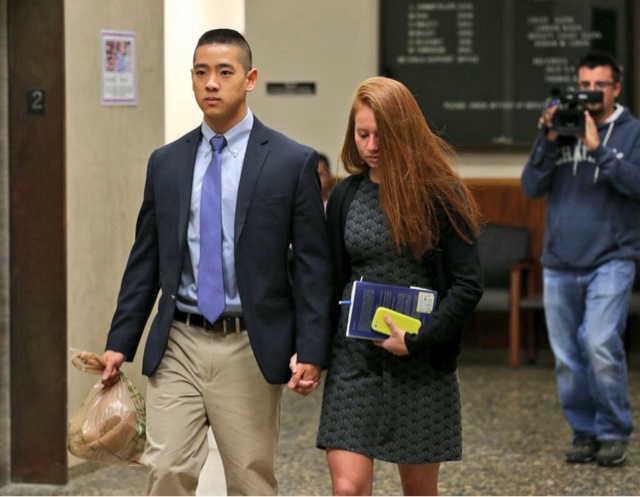 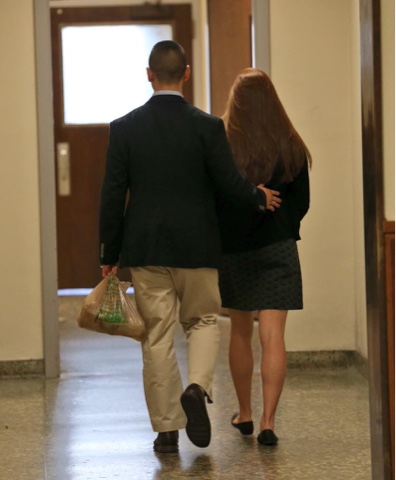 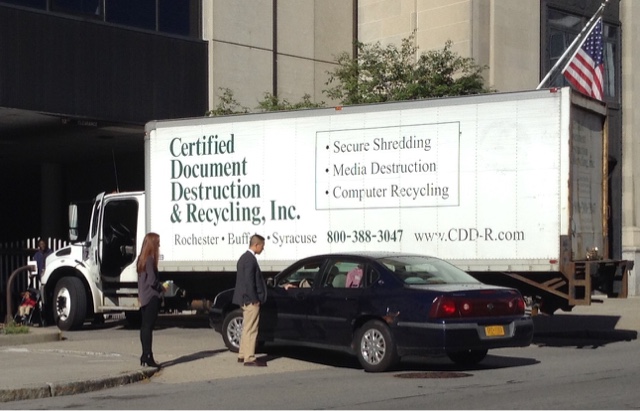