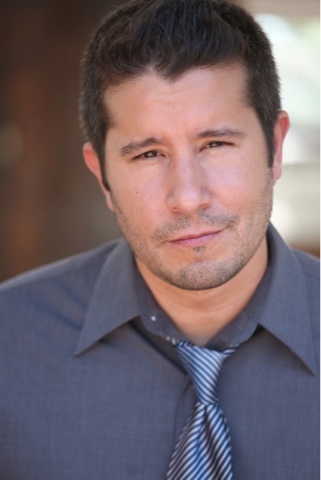 Jon Molerio
By Davy V.
Some guys drink beers and watch football.
Others hit the strip club.
Me?
I watch movies.
I'm a huge movie fan.
It's how I unwind and relax.
It's how I get away from the toxicity that accompanies my work as a police accountability activist, writer and blogger.
A couple of years ago I had the opportunity to interview one of my favorite actors, Oscar Torre who is Cuban-American like me.
Torre has starred in television shows such as CBS's "Cane" where he played "Santos", alongside veteran actor Jimmy Smits, C.S.I. Miami, and in films such as Counterpunch and Hangover 3.
Oscar Torre also stars in "Ladrones", which is Spanish for "Thieves", and is the sequel to 2007's "Ladron Que Roba a Ladron", or "To Rob a Thief", the Joe Menendez, (also Cuban) directed comedy where two thieves reunite and hash a plan to rob a rich television mogul and con-man who has defrauded unsuspecting, trusting viewers with his miracle products such as fat burning creams and hair growth lotions. 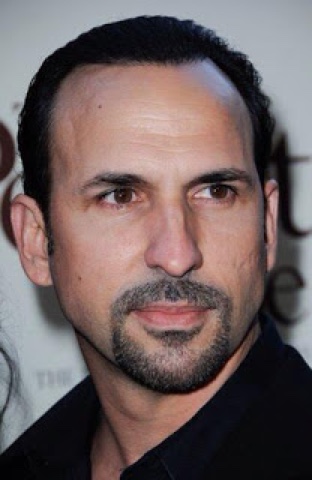 Oscar Torre
"Ladron Que Roba a Ladron" quickly became one of my favorite movies.
For several reasons.
As a Latino, I was happy to see a film which was largely in Spanish.
But more importantly, as a Latino, and film buff, I know that historically, Hollywood has done its best to keep Latinos out.
And many times those it did let in had to settle for the stereotypical and well played-out criada (maid) gardener, and gang member roles.
But that's changing, thanks in part to actors like Oscar Torre, Directors like Joe Menendez, and talented Latino writers.
Enter Jon Molerio.
Molerio, who also starred in "Ladrones Que Roban a Ladrones", not only returns to star in the long awaited sequel, "Ladrones", which opens in theaters this Frday October 9th, but he also wrote the script.
I caught up with Jon Molerio, who was in New York City promoting 'Ladrones", and who was nice enough to take time out his busy schedule to do a short interview for The Davy V. Blog.
Enjoy!
And please check out "Ladrones", in theaters Friday!
Jon, thank you for making time during your promo tour for "Ladrones", to come on The Davy V. Blog, please tell the readers a little about yourself.
I am a Cuban born, Miami raised writer, actor and producer. I grew up watching 80's comedies with action, adventure and romance like "Splash", "Beverly Hills Cop", "Romancing the Stone", "Fletch", "Back to the Future", and I loved everything about them. At the age of ten I began acting in plays. Later, I graduated from the prestigious New World School of the Arts High School. It was like "Fame" but without Leroy. That joke is very dated. I received my BFA from acting at Southern Methodist University in Dallas, Texas which at that time was rated the top acting school after Julliard. At 22, I moved to L.A. and jumped in head first! I began doing stand up, later sketch comedy, and eventually became a screen writer. Now I get to write the 80's style comedies that I loved as a kid.
Ok, tell us about "Ladrones."
"Ladrones" is a throwback to those light 80's movies that I mentioned. It doesn't take itself too seriously. It's not trying to change the world. It's just a fun ride for the whole family. A true popcorn film. It's a comedy, action, and adventure film with heart. It's about a Texas family named Ramirez whose land is stolen by a rich villain that controls their entire town, including the police force. So the Ramirez family is forced to contract our heroes for hire played by actors Fernando Colunga, and Eduardo Yañez. They are modern day Robin Hoods. Thieves who rob other thieves.
Jon, I understand you not only wrote the script for "Ladrones", but you act in it as well?
Yes. I wrote "Ladrones" and I act in it as one of the secondary roles. My character in the film is the worst security guard in the world. He's basically a patsy. I was there on the set everyday and I felt blessed to see my words come to life with a brilliant director at the helm named Joe Menendez, and a wonderful crew and cast.
And what was it like working with the cast?
It was a blast working with the cast. A real lineup of pros who took my script 100% seriously and brought my words to life. It was a dream come true.
What would you like people to take away after seeing "Ladrones"?
I hope people will agree that it's a movie that kept them laughing and entertained.
Any plans for a sequel to the sequel?

If folks show up and make this movie a success then a Part 3 will definitely be green lighted! The director and I are already coming up with some ideas.
Jon, for years Hollywood has kept Latinos out. Rita Hayworth, Martin Sheen, and others had difficulty breaking in... What are your thoughts about Latinos making their mark in Hollywood?
As far as Latinos in Hollywood, film makers like myself, Joe Menendez, and Robert Rodriguez just to name a few, are creating projects that are fun, exciting, and just happen to have Latinos in them. And they're not waiters, gardeners, or gang members. I think that's when we'll really reach the place I want to be in: when we don't even think about it as a Latino film or a Latino actor, but simply a great actor and a great film that happens to be Latino. I don't think of DeNiro as Italian, just that he's one of the best actors around. Hopefully, we will achieve the same level after films like "Ladrones". 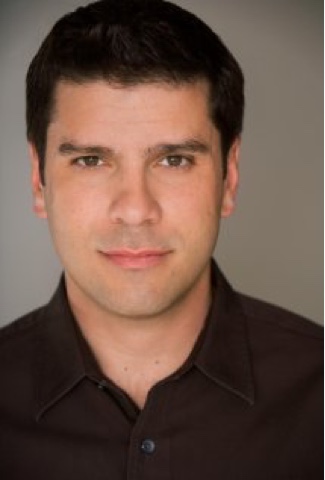 "Ladrones" Director Joe Menendez
Jon, as you know I was born in upstate NY but spent the first 10 years of my life in Miami. I consider Miami home more than I do Rochester, New York. Do you get to Miami often?
I do. I love Miami, except for the humidity and the bugs. But my family lives there and I go back at least twice a year.
Speaking of Miami, many movies have been filmed there, but ask anyone and they'll tell you that Hollywood is where it's at. How would you describe the main differences between Hollywood and Miami when it comes to the film industry?
Hollywood is the center of the film world for two reasons: First, the weather. It never rains. It's always clear skies and pretty pleasant. Shooting in places like Miami where it can literally rain everyday can be time consuming and expensive. Second, I suspect that's why Hollywood was the ideal place back in the early 1900's when it was founded. It's now where everyone's at. I don't see that changing any time soon. Clearly, NYC and other cities do a lot of TV and Film work, but Hollywood will still be the Mecca.
Jon, can you give aspiring actors any advice?

My advice is: Don't do this UNLESS you can't see yourself doing anything else. It's not an easy profession and it's often unfair. But if you work hard and I mean: ALWAYS WORK HARD, don't get lazy and eventually opportunities will open up for you. Also, don't be afraid to explore other avenues in this business, like writing. I began as actor and nothing more. But when I discovered writing and that I could actually do it, a whole new world opened up. Get a night job, too. You need to have your days open for auditions. And most importantly: DON'T BECOME NEGATIVE. Life is too short. There are too many bitter people in this business, even if they make it, they're pissed off. Be optimistic and relentless. I try to do anything that my talent and my opportunities allow. That is the secret to being a working actor/writer/producer in this town. Always stay busy doing good work. You meet a lot of people and making contacts is a crucial part of any business. But above all, I try to maintain a stable personal life with my family and friends. The business isn't everything. And people who think it is, usually drink too much and end up burning out. I am blessed to be working in a field that I love but I'm also pragmatic. You've got to stay humble and nice, it goes a long way in this line of work. But again, only jump in if you have an overwhelming passion for this business. Otherwise, become a dentist. They make a nice living.
Any closing words?
I just hope that the movie is well received. What would make me the happiest is for someone to say: "This movie reminded me of 'Back to the Future' or another 80's style movie. Our budget was small for Hollywood standards but I think we still delivered a big film. I hope the people will agree. "Ladrones" is 70% Spanish, 30% English, and 100% fun!
Thank you Jon. I wish you much success with "Ladrones", and with your career!
Thanks again for the support. Now off to an audition and a very busy day. Take care, my friend.