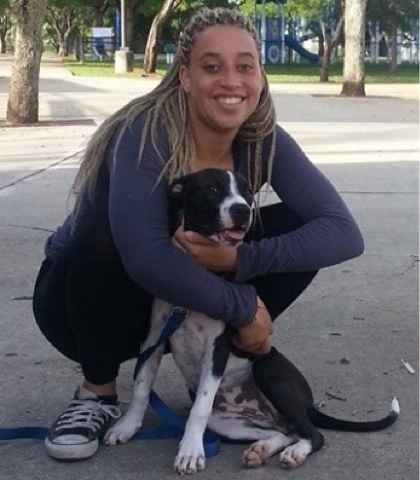 Palacios' daughter with Dutchess
By Davy V.
A very disturbing and graphic home surveillance video shows an unidentified Florida City Police officer trespassing onto a family's private property, and executing their 2-year old pet dog Tuesday morning.
I will be updating this piece as more details become available, but here's what is known at this point.
Gillian Palacios, who runs an animal rescue, was getting ready to take her 8-year old son to school, and one of the dogs she rescued, to the vet, when the Florida City cop, noticed Palacios' car door open.
Palacio had left the door open so she could load her dog, and other items into the car.
The video, which again is very graphic, shows the cop walking up to Palacios' front door.
Before the door even opens, the cop can be seen reaching for hs gun.
Palacios' dog, Dutchess, as most dogs do, was curious as to who was knocking on the door.
So she barked.
It's what dogs do.
Dutchess slips out of the door and goes up to the offcer, to sniff him, out of curiosity, again, like dogs do.
The cop then immediately shoots Dutchess three times in the head.
Dutchess drops to the concrete walkway, blood pouring out of her head while a frantic Gillian Palacios can be seen crying and kneeling down next to Dutchess.
"She was curious," Palacios said.
"She wasn't barking and she wasn't growling. There was no reason for him to think she was aggressive in any way."
Palacios' daughter can also be seen in the video.
Palacios' 8-year old son witnessed the shooting from the front window.
Not only did this trigger-happy cop trespass on private property, and execute an innocent family dog, but Gillian Palacios could have also been killed.
In the video, Palacios can be seen opening her door and coming out, as the cop shoots his third and final round into Dutchess.
Palacios was less than 20 feet away.
"I was about to go running out to get here," said Palacios.
"I'm lucky that I wasn't the one shot."
And people still wonder why some folks have no sympathy when a police offcer is shot and killed in the line of duty?
Wake up.
This can happen to YOU.
This can happen at YOUR home.
This can happen TO YOUR PET.
WARNING GRAPHIC IMAGES 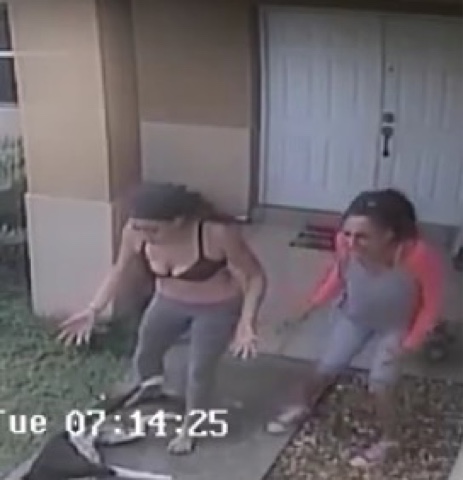 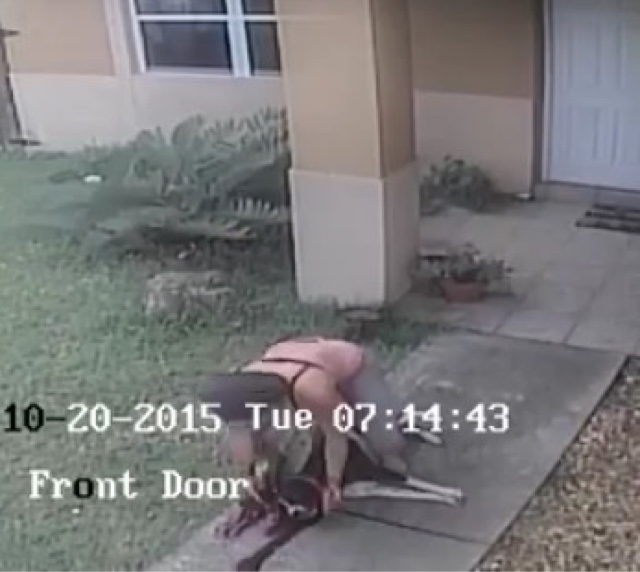 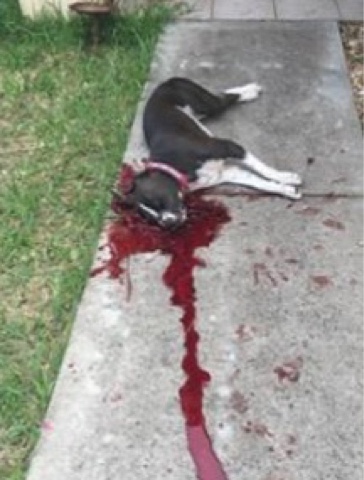