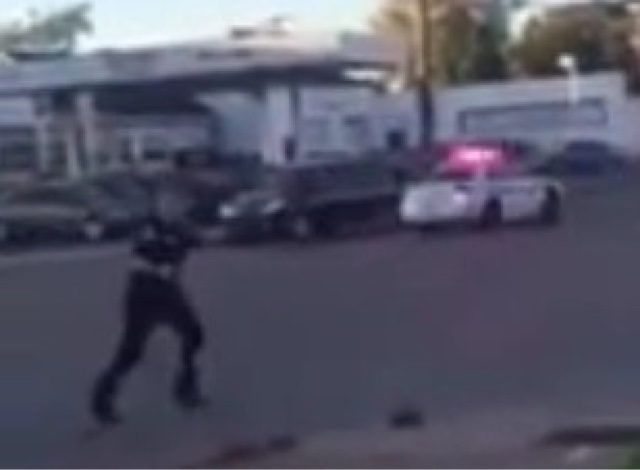 Rochester, NY Police officer is nearly run over by RPD cruiser
By Davy V.
Many in Rochester, NY are questioning a high speed chase involving the Rochester, NY Police Department, as well as several other police agencies, including New York State Police, that put countless innocent lives at risk Sunday afternoon, including young children.
At one point during the chase, a Rochester, NY Police officer, who tripped and fell while putting down road spikes, was nearly run over by several police cruisers involved in the chase.
And it was all caught on video.
According to Rochester Police, officers spotted a white male  driving a vehicle which was reported stolen.
When they attempted to pull the vehicle over, the white male accelerated, fleeing officers and leading them on a high speed chase through residential streets and neighborhoods.
Normally a police supervisor will terminate a high speed chase, when it is clear that the suspect has no intentions of stopping, especially when the chase involves high speeds, through residential neighborhoods, thus putting lives at risk.
But that wasn't the case here.
At no time was the chase called off.
And that angers Olga Gomez of Rochester who witnessed the high speed chase.
"I couldn't believe how reckless they were being," Gomez said, describing the officers.
"I mean, yes, I understand they want to catch the guy, but is it worth endangering innocent lives?"
"I mean there were children riding their bikes, and playing and a lot  of people out, I just dot understand it, I don't. Can you imagine if one of those police cars hits and kills an innocent child, then what?"
Below, I've included two links to videos recorded by citizens who witnessed Sunday's high speed chase.
In the first video, a Rochester Police offcer attempting to throw down road spikes, falls and is almost run over by several police cruisers racing at high speeds.
The second video which was sent to me anonymously, shows a motorist driving behind the chase, while a passenger is filming.
Ironically, although many may criticize the driver, as you can see in the video, unlike the reckless cops who had absolutely no regard for the safety of citizens, ncluding young children, he is driving safe, compared to the police officers.
The driver even uses his turn signals, as you can hear in the video.
The driver of the car was eventually taken into custody in Rochester's Neighborhood Of The Arts.
It's interesting to note how police officers approach situations such as a high speed chase when it's a male white, as compared to when it's a black or Latino motorist.
Had the suspect been white, chances are he would have been executed.
UPDATE:
You can add fail to a long list of embarrassing incidents involving the Rochester, NY Police Department.
The video of the Rochester, NY cop who almost got run over by police cruisers, while trying to throw road spikes down to stop a suspect, has made it on the popular urban website World Star Hip Hop, or WSHH.
Titled "Had One Job: Cop Fails on Spike Throw!", at last check the video had over 370,000 views.
RPD COP VIDEO ON WSHH 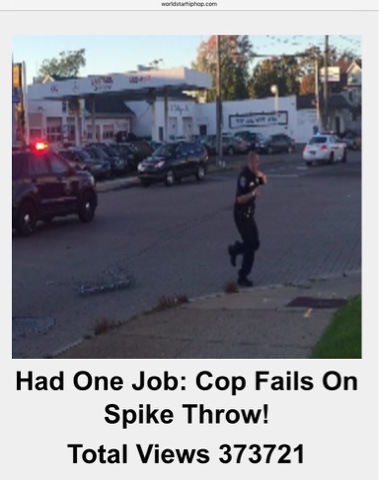 ROCHESTER, NY COP IS ALMOST RUN OVER BY POLICE CRUISERS 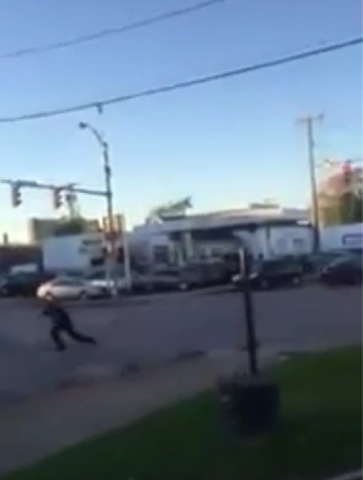 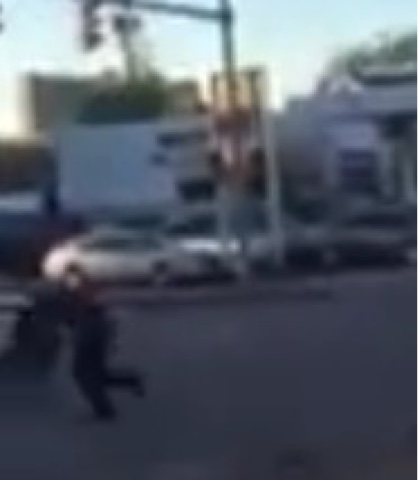 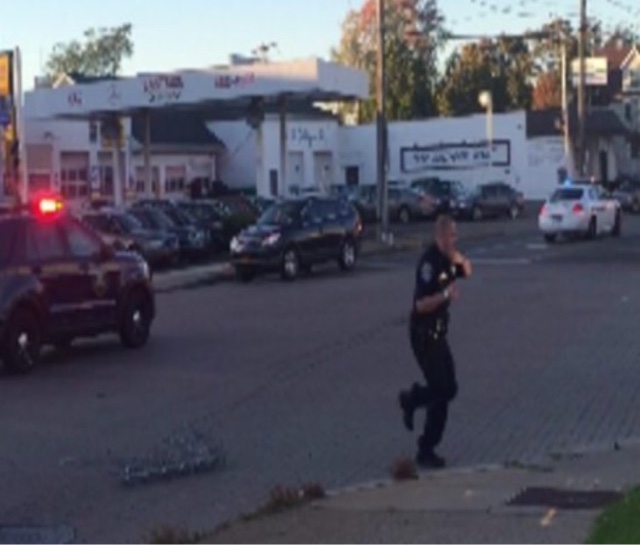