Rochester, NY Mayor Lovely Warren Hires Uncle as One of Two Full Time Bodyguards and Personal Chauffeurs, for a Cost to Taxpayers of MoreThan $140,000 a Year

What do you do when your lies and history as an elected public official have been exposed?

Well, if you're Rochester, NY Mayor Lovely Warren, one thing you can do is hire two bodyguards, in an attempt to distract attention away from growing criticism about you.

Then, you simply tell Rochester taxpayers, including the thousands who put you in office, that you need around the clock, 24/7 security.

In short, you once again dupe your support base.

The same way you duped them to elect you.

On Saturday, January 4th, when Lovely Warren was sworn in as Rochester's 67th mayor, her uncle, Reggie Hill, a retired New York State Police investigator, and former bodyguard for two New York Governors, was close by, serving as his niece's personal, armed bodyguard.

Something never before seen in Rochester, NY history.

Warren's other bodyguard, Ceaser Carbonell, who guarded Kodak Co. executives, was also at her inauguration.

The salaries do not include expenses.

"You have a situation where it warranted something from day one," Warren said.

However, Warren, as well as her spokeswoman, refused to answer when asked if she had received any threats. (I have been told be several reliable sources that Lovely Warren is none too happy with my very open criticism of her on this blog, as well as at least one other outlet I regularly write for.)

All Warren would say was, "We don't do anything for no reason."

Warren and her team are dodging questions of nepotism, for her decision of hiring her own uncle, saying that Hill is married to her aunt, in an obvious, yet lame attempt to fool taxpayers by pointing out a few degrees of separation.

"The bigger thing is his background," Warren said referring to her uncle.

"You could not find anybody who has this background, and I need somebody I can trust more so than anything for a security team, you need to make sure they are going to do anything to make you safe."

As part of their job description, Lovely Warren's personal bodyguards will also serve as personal chauffeurs, by picking her up, and dropping her off at her home every day.

Never in Rochester history has any mayor needed, asked for, or had any armed around the clock personal body guards whose sole purpose and job description was to watch over the mayor.

Who does she think she is?

Those of you who follow my work, know that I been a very outspoken critic of Lovely Warren ever since she was elected to Rochester City Council in 2007, then to City President in 2010.

Lovely Warren has NEVER stood up to or denounced police misconduct and corruption on behalf of the out of control Rochester Police department, which has made national news headlines at least four times in the last two years, including most recently when Rochester, NY Police officer Eliud Rodriguez racially profiled and arrested three African-American students who were waiting for their school bus in downtown Rochester.

Lovely Warren has NEVER supported the more than 50-plus year call for an independent civilian review board, (CRB) with subpoena power, to oversee claims of abuse on behalf of Rochester Police officers.

I think it's ironic that Lovely Warren, who said the City of Rochester could not afford to hire former interim Rochester Police Chief Cedric Alexander, has hired, not one, but two personal bodyguards, for a combined cost to taxpayers, of more than $140,000.

But perhaps even more ironic is the fact that Rochester, NY was just named the 5th poorest city in the U.S., and yet, Mayor Lovely Warren has hired her own uncle and another bodyguard, and as a result, has created two positions never before seen, in Rochester, NY history.

Yep, I've been warning people about Lovely Warren for a long time.

Many didn't listen and voted for her.

They will soon regret it.


IF YOU SUPPORT MY WORK EXPOSING OFFICIAL MISCONDUCT, PLEASE MAKE A DONATION, BY CLICKING ON THE "DONATE" BUTTON AT THE TOP RIGHT OF MY BLOG. 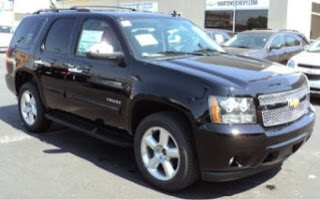 I just received an email from a man whose nephew works for the City of Rochester.

The email said that the man's nephew had told him that Rochester, NY Mayor Lovely Warren had just purchased two brand new Chevy Tahoe SUV's for her 2-man personal bodyguard and chauffeur team, which includes her uncle.

While I don't know yet if this is true, others are hearing the same thing.

According to Brian Sharpe, staff writer for Democrat and Chronicle newspaper, he has been hearing the same thing about Lovely Warren purchasing SUV's for her bodyguards, however Sharpe says  City Hall officials have denied it.