Rochester, NY Taxpayer Dollars at Work; Despite Pleading Guilty To Getting Behind the Wheel Drunk, Speeding, And Putting Innocent Lives at Risk, Rochester, NY Deputy Mayor Leonard Redon Will Keep his Job 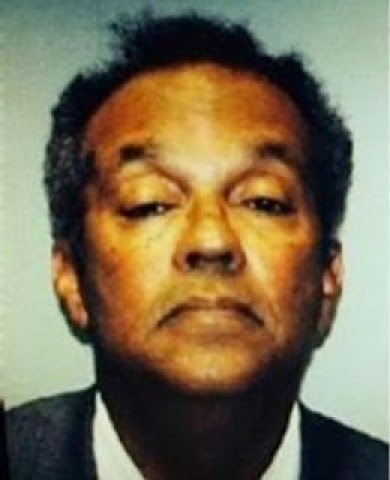 By Davy V.
A few months ago, speaking to a packed auditorium of young black female students, Rochester, NY Mayor Lovely Warren, the city's first female African-American mayor, spoke about the importance of having core values.
Respect.
Integrity.
Honesty.
Accountabilty.
Warren challenged the young girls to strive to be their best.
She told them to never give up.
To value themselves.
To be true to themselves and to others.
To lead with conviction.
And to always do the right thing.
Great advice we should all live by.
It's just too bad that Rochester Mayor Lovely Warrren doesn't practice what she preaches.
Take for example, Rochester Deputy Mayor Leonard Redon, who was pulled over by New York State Police last March around 11:30 p.m. on interstate 490 in Rochester, driving drunk, with a blood alcohol level of .13, nearly twice the legal limit.
Redon was arrested and charged with DWI, speeding, and driving with an expired inspection sticker on his car.
Facing public criticism, Deputy Mayor Leonard Redon 'offered' his resignation to Mayor Lovely Warren.
Warren refused to accept Redon's resignation.
"While I am very disappointed in this turn of events and the Deputy Mayor's lapse in judgment, I have accepted his apology. Leonard Redon is a valued member of my team who is doing good work on behalf of the people of Rochester.  I know he is sincerely regretful for the embarrassment he has caused for the city, for me and for himself and will take steps to assure that it never happens again."
Friday morning, in Rochester City Court, Rochester, NY Deputy Mayor Leonard Redon pled guilty to driving drunk.
Not surprisingly, in what's commonly referred to in the media as a 'Friday News Dump', in essence, the releasing of any negative news stories, documents, etc., or comments pertaining to such matters, on a Friday afternoon, or early evening in an attempt to try and avoid news media scrutiny, Rochester, NY Mayor Lovely Warren, and her administration announced that Redon would keep his job.
The statement reads, "There is precedent under previous administrations for allowing individuals to continue to serve following a misdemeanor plea, as long as the transgression was not on city time or related to city business and their employment record was meritorious, as is the case with Deputy Mayor Redon."
So much for that talk about doing the right thing that Rochester Mayor Lovely Warren gave those young black girls huh?
It doesn't matter that Redon's irresponsible decision to drive drunk put innocent lives at risk, didn't happen while he was on the clock.
HE SHOULD HAVE BEEN FIRED!
Rochester, NY Mayor Lovely Warren's refusal to fire Redon is indicative of the cronyism and corruption that exists in positions of public trust, just as it exists in law enforcement.
It's the Good Ol' Boys club.
Only difference here is that it's a woman leading the corruption.
So there you have it.
Rochester, NY taxpayer dollars at work.
Despite making a conscious decision to get behind the wheel drunk, speeding, putting innocent lives at risk, and a guilty plea, Rochester, NY Deputy Mayor Leonard Redon, a drunk, gets to keeps his job.
Because Mayor Lovely Warren said so.