Rochester, NY Police officer Executes Family Dog Because It "Got Dangerously Close to Him" 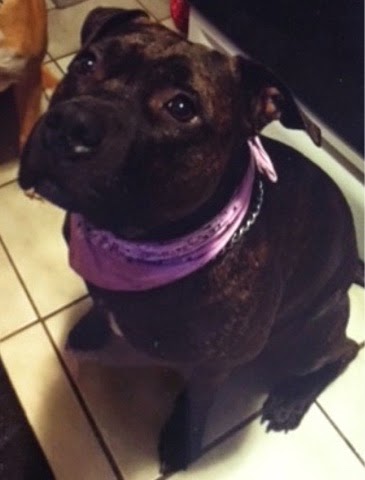 Once again, an innocent family pet is dead, after being executed by a Rochester, NY Police officer.

And once again, Rochester's mainstream news media is helping the RPD justify the execution.

According to Rochester's NBC affiliate, News10 NBC, Rochester Police officers went to a home on Cragg Rd. to conduct an "investigation", when a "large" pit bull "charged" at the officers after the home's door opened.

Here's the full write up from News10 NBC.

"Police say an officer fatally shot a dog in Greece on Saturday night when he feared he was going to be attacked by it.

We’re told officers with the Rochester Police Department were at a house on Cragg Road around 6:30 p.m. Saturday for an investigation. According to police, a large pit bull charged at the officers when the door to the house opened.

Investigators say an officer fell in the snow, and the dog got dangerously close to him. We’re told the officer feared he would be attacked by the dog when it kept running at him, and had to shoot it.

Police confirm that the dog died, and say the officer was uninjured.

The dog's owners say he was a four-year-old pit bull named Zeke."

Unfortunately this is not the first innocent family pet executed by trigger-happy Rochester, NY cops.

And it certainly won't be the last.

In fact, I have covered several incidents right here on my blog of trigger-happy Rochester, NYcops killing innocent pets.

One of those cops os Rochester, NY Police officer Chris Burgstrom, who in the span of just 6 months executed two family dogs.

In one horrific incident, RPD officer Chris Burgstrom executed "Codi", a lost dog whose owner was frantically searching for him.

Burgstrom hit Codi with his police cruiser, then chased the scared, injured animal onto a pier, where he grabbed his departnent issued shotgun, then shot Codi at almost point blank range in the head.