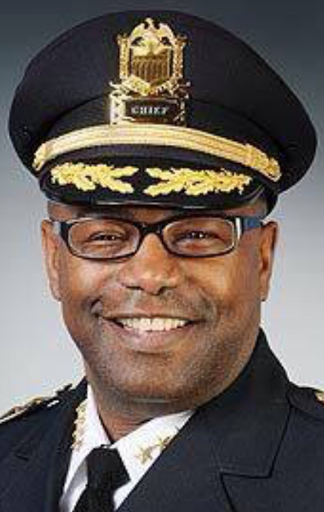 Following the announcement by former Rochester, NY Police Chief James Sheppard to run for Rochester Mayor, several video and audio clips have surfaced where Sheppard is heard approving of police profiling citizens, condoning profiling, excessive use of force, and in one audio clip, even joking about police beating a citizen.

I have posted a link below to a video on my YouTube channel, DavyVTV which features three separate clips of James Sheppard.

In the second clip James Sheppard is being interviewed on an internet radio show when he makes a joke about police beating citizens: "Beat him!", Sheppard says.

And in the last clip, James Sheppard is heard during a community meeting on excessive use of force, after a Rochester, NY Police officer was caught on video punching a pregnant black woman in the head, and then slamming her to the ground, James Sheppard can be heard rudely  telling an audience member: "If you punch me in my face, I'm gonna punch you in yours."

I will be updating this piece.