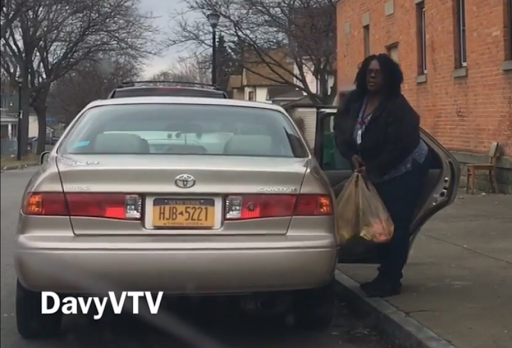 Woman Unloads Bags of Cheese at Bar that She Purchased with EBT Card
UPDATED THURSDAY FEBRUARY 9, 2017 BY DAVY V.
Catch me on The Kimberly and Beck Show on Rochester's Radio 95.1 FM at 4 PM EST today (Thursday) where I'll be talking about this story.
Since breaking this story on my blog, it has received more than 75,000 views (as of Thursday afternoon) and it has started a firestorm on social media, with many people actually defending the woman, and supporting welfare fraud.

I'm even being called a racist.

It's crazy how people will turn on you and defend corruption.

I'm being called a racist because I exposed a woman committing fraud?

So because she's black I'm supposed to look the other way?

If the woman was white, would black folks defend her?

Would they call me a racist?

Or is it because she's black, then that means I'm a racist?

I have bi-racial children who are African-American.

For the past 20-plus years I've done more to expose and denounce injustices such as police abuse and misconduct committed against blacks and Latinos in Rochester, NY, than black folks have done!!!!!

Someone sent me the screenshot below of a Facebook comment, which I thought was interesting since they brag about the taxpayer funded cheese being used at S&T Bar and Lounge.

Or this comment below which was left on YouTube and which proves that the S&T Bar and Lounge uses cheese purchased with EBT.

As you can see in the screenshot below, the story about the cheese has reached as far as South Africa!

READ ORIGINAL STORY BELOW.
By Davy V.
Wednesday morning, I stopped by the East Avenue Wegmans in Rochester, NY, to grab a few things for dinner.
I got in lane 14, right behind a heavy set African-American woman.
And a lot of cheese.
About 25-30 bricks of Wegmans and Velveeta brand yellow cheese.
The woman paid for all the cheese with a New York State Welfare Electronic Benefit Card, or "EBT" card.
And that's when it hit me.
I immediately realized the woman had a hustle.
A very common hustle which defrauds states of millions of dollars every year, and according to an article in The Chicago Tribune, is part of the more than $975 million lost each year to food stamp trafficking.
Welfare and public assistance fraud.
And one of the main ways it's done is buying food with an EBT card, and then reselling it to inner city grocery stores.
I also immediately realized that I screwed up by not having video recorded the woman using her EBT card.
But I don't usually get in line and think of video recording people checking out their groceries.
So, I decided I would do the next best thing.
Follow the cheese.
Yes.
Follow the cheese.
And follow the cheese I did.
As you can see in the video below, my travels took me to S&T Lounge, a seedy corner bar and restaurant on Rochester's North East side.
That's where the woman unloaded at least 4 Wegmans plastic grocery bags of cheese.
Paid for by Monroe County, NY taxpayers.
By the way, in the video, pay attention to how the man holding the bags of cheese sets them down and goes inside when he realizes I'm on to their hustle.
And ask yourself, why would he do that?
Also pay attention to the white male who runs up behind the woman, and enters through the side door of S&T Bar and Lounge.
Nothing like a drug buy, in the middle of welfare public assistance fraud.
Note: After contacting Wegmans on East Avenue and speaking with Mike, a store manager, I explained to him that a customer had just committed EBT fraud, to which he told me it's very common.
He also told me that they do have the surveillance video of the woman swiping the EBT card for the purchase of the cheese but that he can't release the video to me, only to law enforcement.
I will be updating this story.
CLICK LINK BELOW TO WATCH VIDEO
https://youtu.be/_X6L7FG1dcA
Below: Woman Unloads Bags of Cheese to Back Door of S&T Bar and Lounge 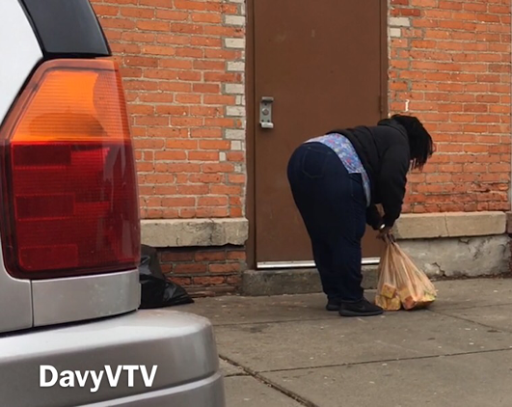 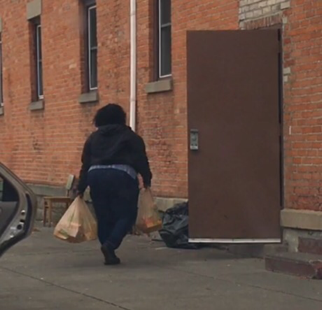 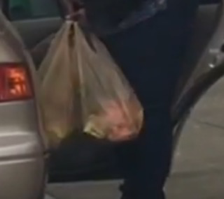 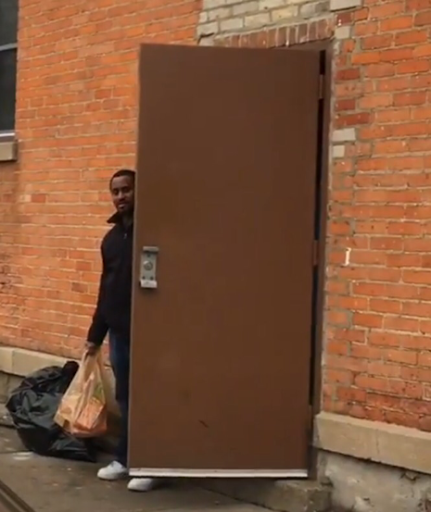 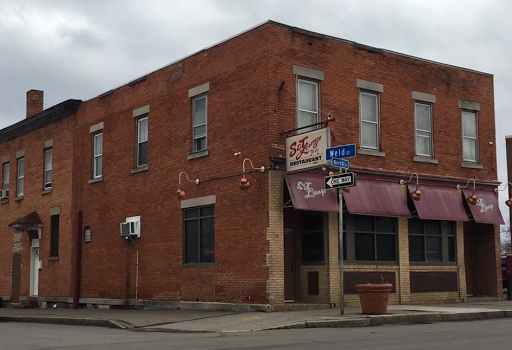 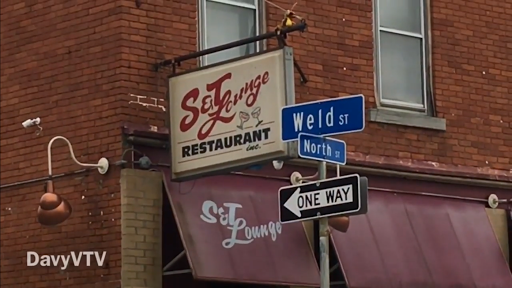 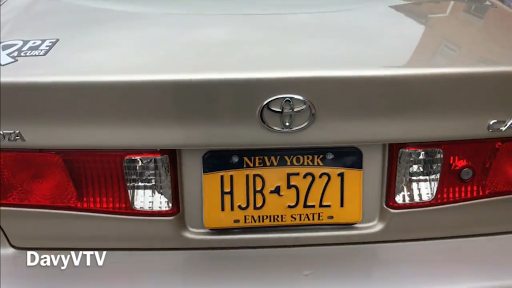