Before Purchasing an "I SUPPORT RPD" T-Shirt, You Should Know A LittleAbout FUBO Wear Company and Its Racist Owner, Bob Lonsberry 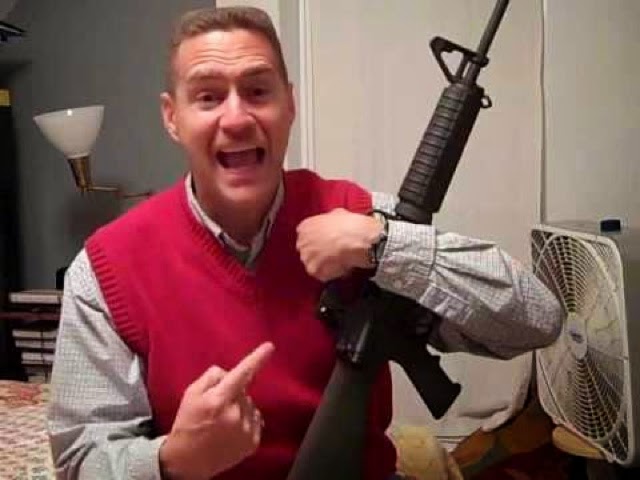 He has used the power of radio to put down everyone including African-Americans, Latinos, Gays and Lesbians.

Every weekday, Lonsberry makes his 45 minute commute from his home in Mt. Morris, New York to Rochester, Lonsberry injects his racism, divides our city, then drives back to his little town.

Lonsberry knows exactly what he is doing.

In 2003, after an orangutan briefly escaped from it's cage at the Seneca Park Zoo, BobLonsberry played chimpanzee sounds over the air and made comments about then Rochester Mayor William A. Johnson, who is African-American, suggesting that Johnson was the orangutan who had escaped.

The incident drew local media attention, as I organized a protest at WHAM's offices in downtown Rochester, demanding that Lonsberry be fired.

At one point, Susan Ashline a WHAM reporter, called the police on me and tried to have me arrested, saying that she felt threatened by my "angry tone".

The police told her that I was well within my right to protest, and as the saying goes she had to go kick rocks! The next day the newspaper's front page featured a color photo of me leading the protest, with the headline: "Radio station fires Lonsberry as host".

Below my photo, a smaller photo of Lonsberry and his two daughters.

Of course, Lonsberry's firing was nothing more than a damage control PR move on the part of WHAM, and the radio station hired him back less than a year later.

Not that there was ever any doubt that WHAM would rehire Lonsberry, but just in case they hadn't, Lonsberry knew exactly what he was doing all along.

You see, Lonsberry had another "vehicle" to transport his filth. That "vehicle" was the internet.

In 1999, long before the incident with Mayor Johnson, Bob Lonsberry launched his website, where he writes a new column pretty much on a daily basis.

Approximately one year before the incident with Mayor Johnson, Lonsberry wrote a very hurtful, insensitive letter, on his website regarding Craig Heard, a 14 year old African-American honor roll student who was executed by Rochester Police officers Serge Savitcheff and Hector Padgham.

On a June morning in 2002, Heard was joyriding in a car that some of his friends had stolen the day before.

Unfortunately, as many young people do, Craig Heard had made some poor choices in deciding who his friends were.

Rochester Police had spotted Heard several times but intentionally waited until they could corner him in a dead end street where both Savitcheff and Padgham shot him two times in the head.

Lonsberry starts off his letter by saying: "Bang, Bang. Dead as hell." he repeats this several times throughout his letter.

In his letter, referring to African-Americans, Lonsberry writes: "They are raised like animals, groomed as predators from their very earliest years" before stating that Craig Heard "was genetically a man, but socially a wolf."

Lonsberry's comments show his racist and sick obsession with comparing African-Americans to animals, and his letter foreshadows the comments he would later make suggesting that Rochester's African-American Mayor was an orangutan.

Later on, again referring to Craig Heard, Lonsberry closes his letter by saying: "He was cursed from birth" and insults Heard's mother, by dismissing her pain over the loss of her son as nothing more than "crocodile tears."

Bob Lonsberry's racist and hateful views are not just limited to African-Americans, he has shown that he is an equal opportunity racist by also going after Rochester's Latino, and mostly Puerto Rican community, where he has written: "Serious thought should be given to cancelling the Puerto Rican Festival."

In a letter he wrote about Mt. Morris, New York, Lonsberry expresses his disgust that Puerto Ricans and African-Americans have moved into his small town. Lonsberry writes: "They have been paroled out of prison." and "The vast majority go immediately on welfare." Lonsberry's letter then goes on to say: "We've imported a ghetto."

And now, Bob Lonsberry is using his company, FUBO, which stands for FUCK U BARACK OBAMA, to sell t-shirts which read "I SUPPORT RPD", in response to the shooting death of Rochester, NY Police officer Daryl Pierson who was gunned down last week.

Now I don't care what your political views are.

I don't care if you voted for or support President Obama.

This isn't about that.

This is about Bob Lonsberry, who has made a living spewing his racist rhetoric over Rochester, NY airwaves, and his company FUBO, which he uses as yet another vehicle to get his racist agenda and undertones out to the public.

So, if you're thinking of purchasing an "I SUPPORT RPD" t-shirt, you should know the racist behind the t-shirts.

His name is Bob Lonsberry.

And his company is FUBO.

Most recently, Lonsberry can be heard on the air disrespecting the President of the United States by using the term "F.U.B.O." which stands for "F... you Barack Obama" , in addition to using this term on a daily basis, Lonsberry also endorses the brand, by giving away F.U.B.O. merchandise to listeners who call in to his radio show. 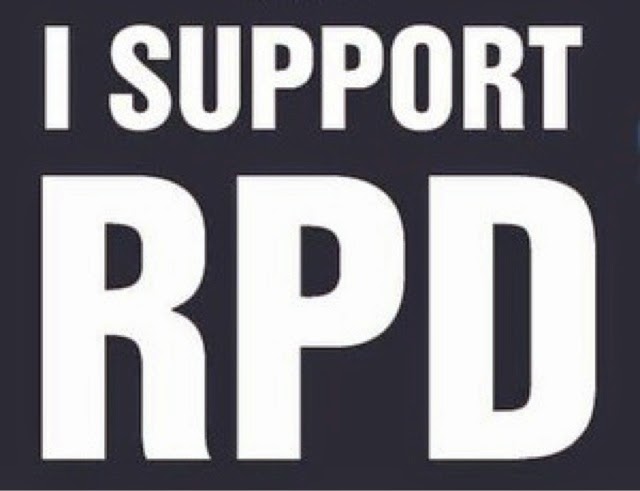