Feidin Santana Is A Hero 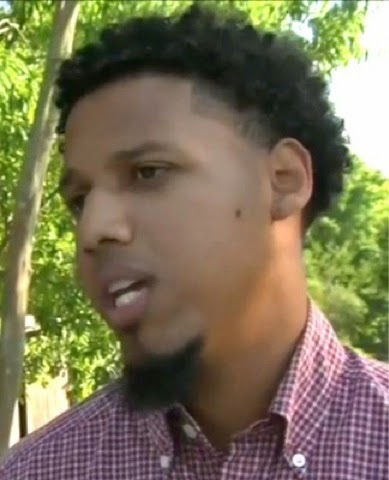 Feidin Santana
By Davy V.
Had it not been for Feidin Santana, the young Latino man who recorded North Charleston, South Carolina Police officer Michael Slager's execution of Walter Scott, there wouldn't be any murder charges.
There wouldn't be any fired cop.
There wouldn't be any Mayor, or Police Chief denouncing their cop pumping an innocent man full of bullets.
And a killer cop wouldn't be in jail.
No.
If it hadn't been for Feidin Santana, that same killer cop would be on a paid vacation, while an "investigation" into his killing an unarmed black man was some way, somehow, swept under the rug.
Like it always is.
But thanks to Feidin Santana, his quick thinking, and his courage to not only record Walter Scott's execution, but to remain recording long enough to see a killer cop plant evidence next to Walter Scott's body in an attempt to try and justify his killing an unarmed man, the world can see just how corrupt the U.S. law enforcement profession really is.
Feidin Santana is a hero.
In every sense of the word.
And his heroic actions have made the difference between a white cop killing an unarmed black man and going home, and a white cop killing an unarmed black man and hopefully never seeing the outside of prison bars and barb wire.
Thank you Feidin Santana.
You may not realize it yet mi hermano.
But you are a hero.
PLEASE SUPPORT MY FILM "A PROMISE TO MY DAD"