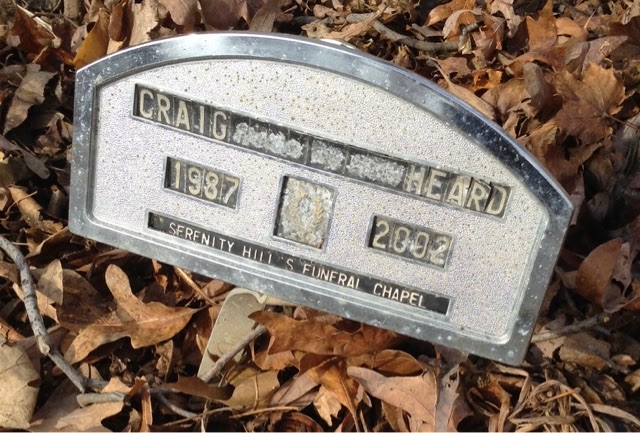 A faded plastic funeral home marker is all that marks Craig Heard's grave.
Photo by Davy V.
By Davy V.
Despite Tammy Westbrook having received $350,000 from the City of
Rochester, NY after Rochester, NY cops executed her son in 2002, Craig Heard
rests in an unkempt, abandoned grave in Mount Hope Cemetery.
Without a headstone.
In fact, if it wasn't for a small faded plastic marker, which funeral homes use in order
to temporarily mark a grave, one wouldn't even know that Craig Heard's grave was there.
In 2002, Craig Heard was just 14 years old when as many teenagers do,
he was hanging out with the wrong crowd.
Several individuals whom young Craig thought were his friends.
But they really weren't.
Craig Heard's "friends" stole a car.
And Craig Heard thought it'd be cool to drive that stolen car, and take it on a
short joyride.
A joyride which would end with him losing his life at the hands of a couple of
trigger-happy Rochester, NY cops.
It was June 10, 2002.
Despite Rochester Police officers spotting Craig Heard several times driving the
stolen car, they didn't  pull him over.
Instead, they followed him.
Each time letting him go.
It was almost as if Rochester Police were stalking Craig Heard.
Almost as if they were setting him up.
Waiting to get him where they wanted.
And that's exactly what they did.
Rochester Police officers followed Craig Heard as he turned onto Girton Place,
a small dead end street off Park Ave.
They cornered cornered Craig, a young, unarmed, scared kid.
A good kid.
An Honor Roll student who had made some mistakes.
Like choosing bad friends.
A few minutes later, Craig Heard was dead.
Slumped over the car's steering wheel.
Rochester, NY Police officers Serge Savitcheff and Hector Padgham shot
Craig Heard twice in the head, killing him instantly.
They claimed Craig drove the car at them.
They claimed that they didn't have time to move out of the way.
But they had time to get in their stance.
Aim.
And shoot a frightened child in the head.
Twice.
After Craig's execution, Rochester, NY Mayor Bill Johnson, and then Rochester, NY
Police Chief Robert Duffy called the shooting justified.
Immediately.
Before the investigation had even begun.
Rochester's WHAM 1180 Radio Show host Bob Lonsberry mocked Craig's killing.
In 2003, I produced "R.P.D.: Badges of DISHONOR, CORRUPTION and MURDER!",
a short film in which I gave Craig Heard's mother, Tammy Westbrook, an opportunity
to express her feelings over the tragic loss of her son.
I wanted to give Tammy Westbrook some closure.
Tammy Westbrook welcomed me into her home.
She showed me Craig's bedroom.
She cried as she sat on Craig's bed, holding his hoodie sweatshirt.
She talked about Craig.
She talked about what a great kid he was.
Tammy Westbrook talked about how Craig would make his little brother breakfast.
And how his little brother had no idea that he would never see his big brother again.
Tammy Westbrook talked about how Craig would help an elderly neighbor with her
yard work.
And she cried some more.
When Bob Lonsberry, the radio show host said that Tammy Westbrook's tears were
"crocodile tears", I was outraged.
I defended her.
The City of Rochester paid Tammy Westbrook $350,000 to settle her lawsuit which
named them as well as the Rochester Police Department.
$350,000.
Tammy Westbrook got more than a quarter million dollars for her dead child.
And she couldn't spend a few hundred bucks on a headstone for her son.
Craig Heard's grave sits abandoned.
Thirteen years after his death, Craig still doesn't have a gravestone..
Tammy Westbrook collected $350,000.
And she abandoned her son. 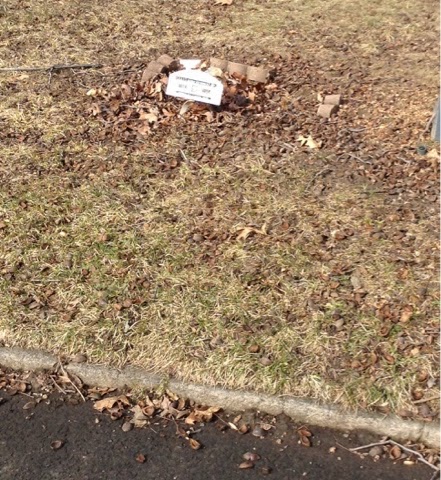 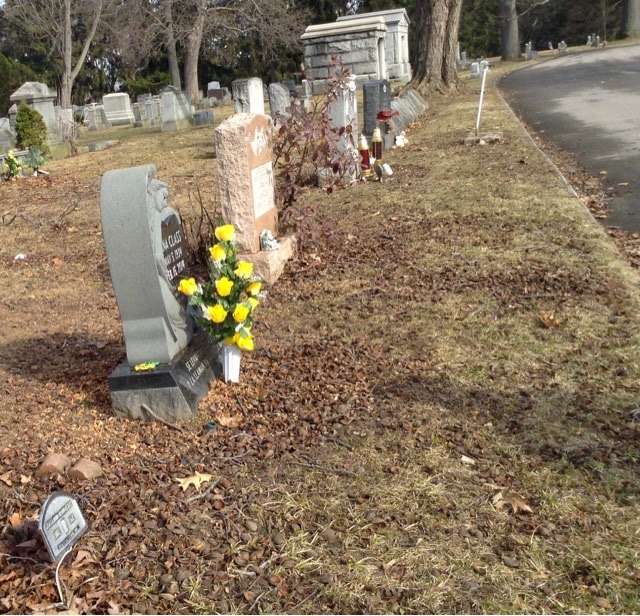 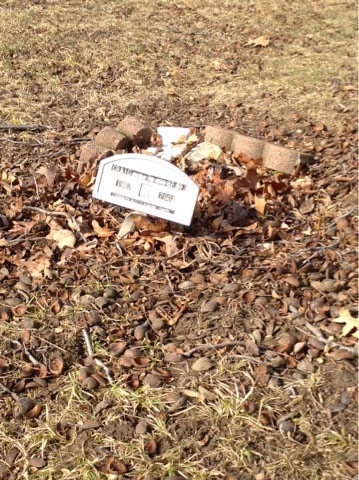