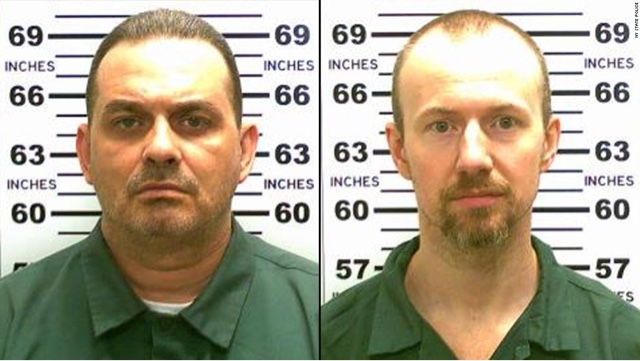 Richard Matt and David Sweat
By Davy V.
It's been a little while since I gave you a WTF story.
Well, here's one for you.
If you thought the case involving escaped Clinton, NY prison inmates Richard Matt and David Sweat couldn't get any weirder, think again.
First, Matt and Sweat break out of Clinton Correctional Facility in Danemora County, New York on June 6th, a la Escape from Alcatraz, even leaving dummy heads in their prison cots after the last count.
Then, similar to another one of my favorite movies, Shawshank Redemption, except a steam pipe, not a sewer pipe, the inmates crawl their way out to a manhole cover located a block and a half away from the prison, to freedom.
But then Matt and Sweat discover that Mitchell, who was supposed to be waiting for them with a get away car at that manhole cover, got cold feet, so the prisoners are left stranded,
But how were they able to cut their way out of their cells, through a steel pipe, a concrete wall, and a chain and lock on a manhole cover?
Well, fast forward hundreds of false leads and sightings later, and now it turns out that Joyce Mitchell, the prison's tailor shop seamstress, and would be getaway driver has admitted that she was Matt and Sweat's hamburger helper.
Mitchell admitted to authorities that she smuggled hacksaw blades inside frozen hamburger meat, which she gave to a prison guard who in turn gave it to the inmates.
And it's believed it was those hacksaw blades which Matt and Sweat used to break out of the prison.
Mitchell has been arresfed and charged with aiding the inmates escape.
Meanwhile, after finding the prisoner's DNA in a burglarized cabin, Matt and Sweat are believed to be in an area as close as 25-30 miles from the prison. 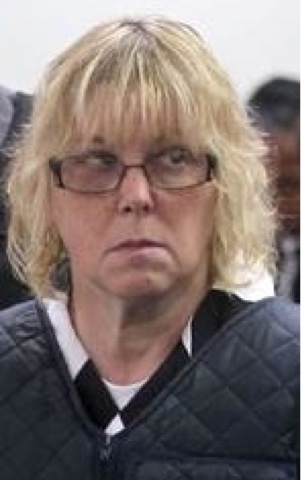 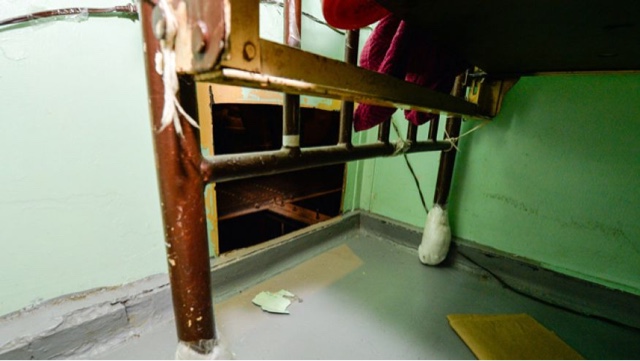 Hole cut out in prison cell 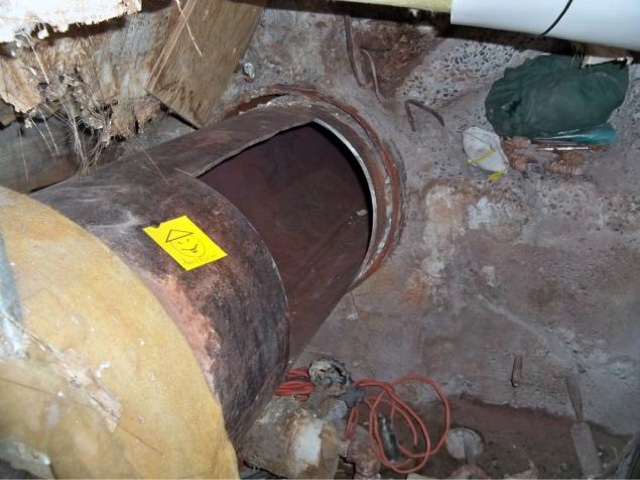 The steam pipe through which the prisoners crawled through to freedom 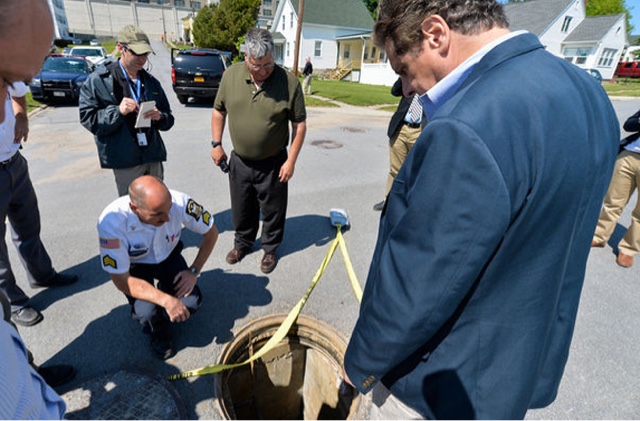