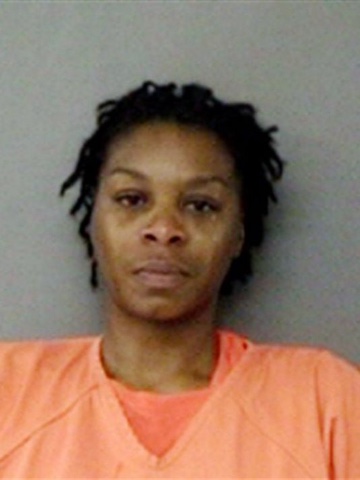 Sandra Bland appears to be already dead in her mugshot.
By Davy V.
Sandra Bland's death has been ruled a suicide.
But I'm not so sure I'm buying it.
Bland, the 28-year old Naperville, Illinois woman who traveled to Texas to interview for a job at Texas A&M University, where she graduated from in 2008, was pulled over by rookie Texas trooper Brian Encinia on July 10th, for failing to signal while changing lanes.
The traffic stop, which was captured on police dash cam video, shows the irate rookie cop who loses it and begins yelling at Bland.
"Step out or I will remove you!," Encinia yells at Bland.
"Get out of the car now!"
"I'm going to yank you out of here!, I'm going to drag you out of here!"
When Bland questions Encinia why she is being ordered out of her car for failing to signal, which is a minor traffic violation, the cop threatens to taser her.
"I will light you up!," Encinia yells at Bland.
Sandra Bland is then assaulted by police on the side of the road, arrested, and charged with assaulting a public servant.
Police say Sandra Bland kicked the officer.
Bland was taken to Walter County Jsil, in Hempstead, Texas, about 60 miles from Houston, where police and jail officials say she was found hanging from a garbage bag in her jail cell on July 13th.
Ok.
First let me say something.
Usually I'm not someone who will quickly buy into conspiracy theories.
With that said, when I first saw Sandra Bland's mugshot, well, something just looked off to me.
At first I didn't know what exactly.
But then, the more I looked at the photo, the more off it looked.
Then, I noticed several things.
For one, her eyes.
Sandra Bland has a blank stare.
Like she's looking past everything.
Like she's not even there anymore.
Like her soul is gone.
Also, if you look at the photo, her right eye, looks bloodshot.
Then the shadows.
Sandra Bland doesn't look like she's standing, with a wall behind her, the way people stand against a wall when their mugshot is taken at the time they're booked.
No.
Sandra Bland looks like she's laying down.
Something about the shadows, makes it appear like Sandra Bland's head, and dreadlocks, are not up against the background, like they would be if she were standing, but instead they appear to be laying on the background.
Perhaps the floor?
Then there's something aboutSandra Bland's shoulders.
Especially her right shoulder.
It doesn't slant, or drop down the way most people's shoulders would when they're standing upright.
Instead Sandra Bland's shoulders seem to just jut out straight, at an angle that just looks odd.
Stiff almost.
Again, as if she's laying down.
Not standing.
Now, some will ask, well, if Sandra Bland is in fact dead, why are there no marks, bruises, etc., on her neck, consistent with someone who supposedly hung herself?
Well, who's to say Sandra Bland wasn't murdered by police, before her mugshot was taken, then they staged her body on the floor to make it look as if she was alive, in order to take the booking photo?
Who's to say police and jail officials didn't stage her hanging afterwards?
I mean if it's true that Sandra Bland filled out the form at the hail where she allegedly admitted having previously attempted to commit suicide, well then if in fact she was murdered by police and/or jail officials, then given her prior suicide attempt, that would make it pretty convenient for them to try to make it look like Sandra Bland hung herself, right?
It's interesting because if you look closely at the photo, you can see some discoloration marks around Sandra Bland's neck.
They appear to be pinkish or reddish spots.
Again, that's just how Sandra Bland's mugshot appears to me.
It just looks like Sandra Bland is already dead when they took her mugshot. 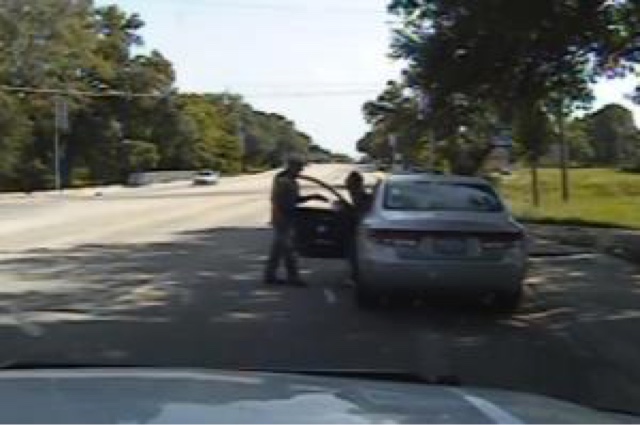 Cop threatens to taser Sandra Bland; "I will light you up!" 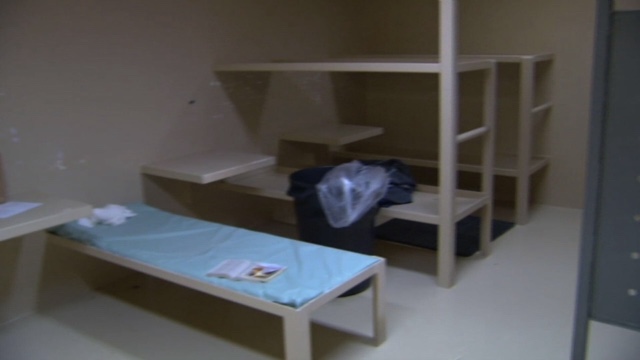