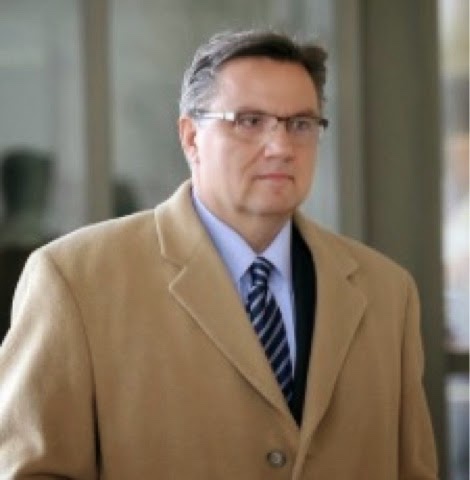 Rochester, NY Police Sgt. Christopher Brown
By Davy V.
A Rochester, NY Police Sgt. who struck an African-American grandmother
with a police pickup truck inside a police parkng lot, while on duty, then
drove off, and later admitted that he didn't report the hit and run to his
superior, received less than a slap on the wrist in court Monday.
On March 5, 2015. Rochester, NY Police Sgt. Christopher Brown, a
24-year veteran of the RPD, hit 52-year old Alma Lucas, inside the
Hall of Justice parking garage in downtown Rochester.
Sgt. Brown then left the scene.
Lucas suffered back injuries.
RPD Sgt. Brown later admitted that he dd not inform his boss that
he had struck Lucas, even though another RPD officer told him to
report the incident.
Sgt. Brown, of Boughton Hill Road, in Honeoye Falls, NY, has been
on paid suspension (VACATION) since March.
A vacation which Rochester taxpayers are paying for.
In court Monday, Sgt. Brown was given an Adjournment in
Contemplation of Dismissal, or ACD, which basically means
that if he stays out of trouble for the next 6 months, the charges
of leaving the scene of an accident will be dismissed.
But the sweet deal this cop got means more than that.
You see, an ACD is not an admission of guilt.
And that's big, because had Sgt. Brown admitted guilt, or had he
been convicted in court, he wouldn't have been able to keep his
job with the Rochester Police Department.
And believe me, he wanted to keep his job.
A quick search on the internet shows that in 2010, Sgt. Brown's salary
with the Rochester, NY Police Department was $76,199.12.
That same year, Sgt. Brown was also paid $10,427.00 in overtime,
and another $6,320.00 n compensatory pay.
Grand total: $92,946.12
Again, the base salary of $76,199.12 was for 2010, so it's pretty safe
to say that Sgt. Brown's salary is higher now.
But lets just use that 2010 salary.
That means that Rochester, NY taxpayers have been paying, and will
continue to pay Sgt. Brown approximately $6,349.92 a month to stay home.
$6,349.92 a month, in a city which is ranked third poorest in the country.
A city where the child poverty rate is 42 percent.
More than double the national average.
Oh, and as far as that paid vacation?
Yeah, Sgt. Brown is still on an extended vacation while Rochester
Police continue their "investigation"
Almost a year later.
Which basically means that Rochester, NY Police Chief Mchael Ciminelli
will just continue to drag things out more while they investigate themselves.
So there you have it.
Rochester cop hits grandmother.
Leaves scene.
Gets paid vacation courtesy of taxpayers.
Such are the benefits of the Good Ol' Boys Club. 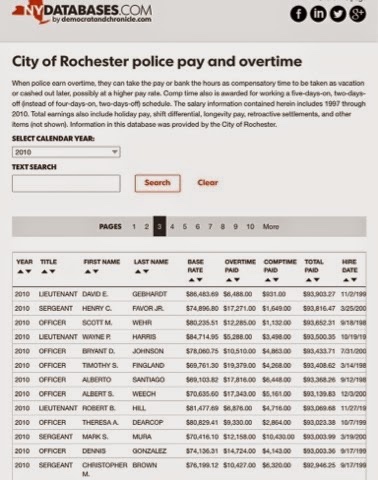