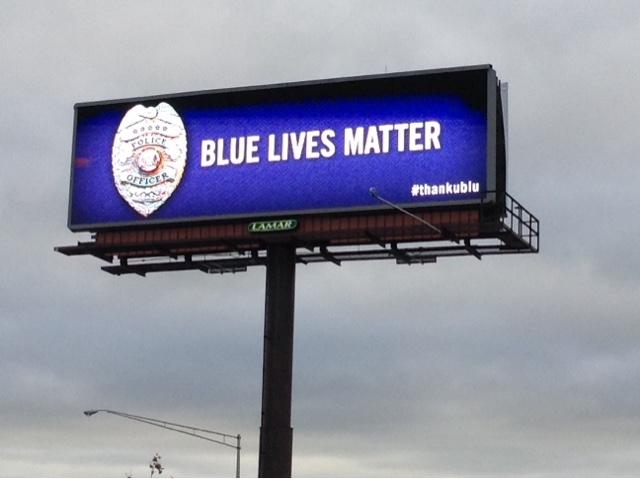 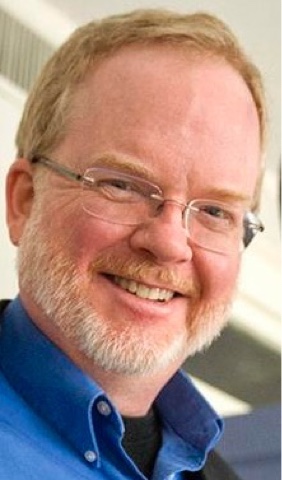 Trace Hallowell, Managing Partner, Tactical Magic
Enter Mr. Trace Hallowell, Managing Partner with Tactical Magic Brand Identity Specialists.
After several calls and playing phone tag for a bit,  I was finally able to speak with Mr. Hallowell, who I will say was very professional and was nice enough to take time out of his busy schedule to answer a few questions, first on the phone, then via a short email Q&A interview.
Thank you for taking the time to answer a few questions Mr. Hallowell.
What is Tactical Magic?
Tactical Magic is a small creative firm in Memphis, Tennessee. We do work for a variety of non-for-profit and for-profit organizations.
Mr. Hallowell, the feeling here in Rochester, especially in the Black community is that the "BLUE LVES MATTER" billboards, are in essence, offensive to African-Americans, many of whom have family members who have been killed by police.
What are your thoughts on this?
I am dismayed to hear that anyone would feel that way. Certainly no offense was intended. The heart of the message is that no human should be hated or targeted for violence simply because of the color of clothing that they wear. I would hope this message is simply seen as being in harmony with that philosophy. A uniform should neither excuse a murderer nor condemn the innocent.
Ok, but Blacks and Latinos for example, are often racially profiled by law enforcement officers, who do exactly that, prejudge, and target them, and many times kill unarmed, innocent people.
Are you saying all law enforcement officers are guilty of racial profiling and murder? Surely not. Just like not all Latinos and African-Americans are members of violent gangs. Let's apply the same standard to other people that we want applied to ourselves. Let's hold the guilty individuals accountable, but not condemn a whole group of people for what a few have done.
Ultimately who is paying for the "BLUE LIVES MATTER" ads?
The billboard is actually the third in a series of billboards posted in Memphis. The first was "MEMPHIS HONORS THE BLUES." and the second was "MEMPHIS HEROES WEAR BLU." The billboard space was donated by an anonymous, public-minded citizen. We provided development as a public service. Lamar Advertising Company then volunteered to post the third headline, "BLUE LIVES MATTER", in markets all across the U.S.
And how would you describe the message that you're trying to convey with the "BLUE LIVES MATTER" billboards?
Just that as human beings should not be targeted for violence because of their ethnicity, they also shouldn't be targeted for violence because of their profession. I understand that some people see only enemies when they see police uniforms. My experience is different. Perhaps the dialogue spurred by a billboard will help some see beyond the badge to the human being. Not surprisingly, Dr. Martin Luther King Jr. and Jesus of Nazareth had many teachings in common--perhaps the most provocative is "Love your enemy." In other words, all lives really do matter.
What's next for the "BLUE LVES MATTER" campaign?
I am not sure. I think the next step may be to say something in response to the feedback we have received from all over the country.
And to the police officers who do target minorities. Do you have a message for them? Certainly you don't condone that do you?
Never. That question is very personal to me. (Note: Trace Hallowell has a son who is African-American) I would tell them what I would tell anyone. When you see someone of a different ethnicity, or a different wardrobe, or a different orientation, or a different culture, or a different political view--see them first as a person whose life matters.
Very well said Mr. Hallowell.
Very well said.
I hope law enforcement officers will start seeing folks of deferent ethnicities and backgrounds, as just that.
A person.
A person whose life matters.
Like Eric Garner's life mattered.
Just as Walter Scott's life mattered.
I truly hope so.
Maybe I'm just a dreamer.
But in the words of the great legend John Lennon.
"You may say I'm a dreamer, but I'm not the only one." 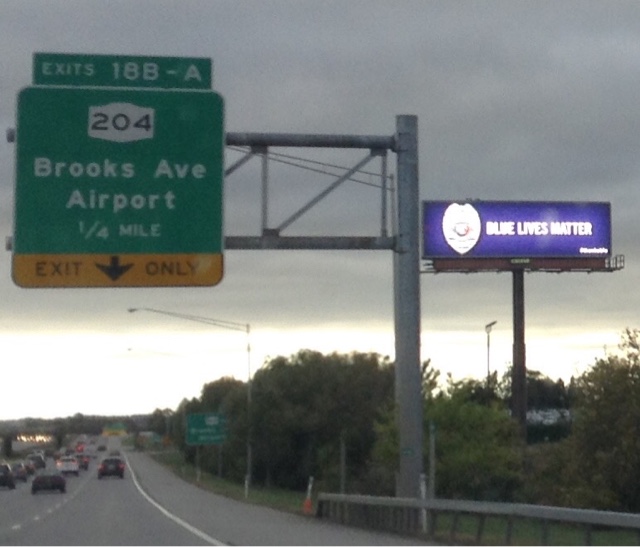