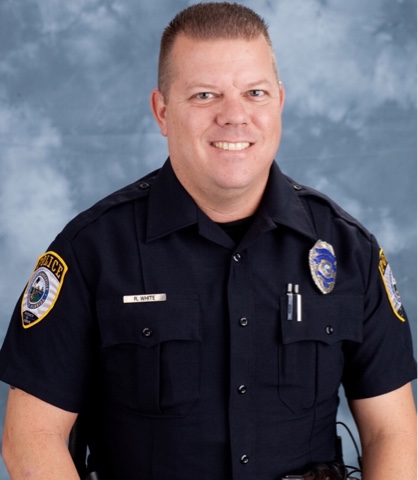 Gainesville, Florida Police Officer Bobby White
By Davy V.
When Gainesville, Florida Police officer Bobby White, aka "Basketball Cop" responded to a call for a group of black youths being loud, while playing street basketball in front of their home, he could have handled it a couple of different ways.
He could have been a bully with a badge  and flexed his authority on the group of youths, intimidating, and threatening them, thus reaffirming the already well established perception that minorities have of police.
Or, he could use the opportunity to
make a difference, and a lasting impression on the group of youths.
Thankfully, Officer White chose the latter.
Here's what happened.
Officer White's dash cam video captures the moment he gets out and approaches the youths. (SEE LINK BELOW FOR PART 1)
"Do you believe someone called in a complaint about kids playing basketball in the street?", officer White says to one of the youths.
Here's where the video becomes priceless.
Officer White then tells the youth, "Obviously, I ain't got no problem with it."
What happens next has to be seen to truly be appreciated.
Officer Bobby White starts shooting hoops with the youths, at one point even making a slam dunk, before telling the youths that he'll back.
With backup.
But Officer White was referring to bringing his fellow officers back to play ball with the youths.
He had no idea that a famous sports celebrity had contacted the Gainsville Police Department m, after seeing the original video, and wanted to come with Officer White and meet the youths.
Fast forward to the very next day and Officer White, not just a good cop, but a man of his word, returned.
With his backup.
A seven foot tall backup.
Basketball legend Shaquiile O'Neill.
Better known as Shaq.
Shaq balls with the youths, and even gives each of them $100 for shooting free throws.
One thing is for sure.
These youths will never forget two things.
A positive experience with a police officer.
A police officer who didn't talk down to them.
A police officer who respected them.
And they will never forget that moment when Shaq stepped out of his truck, took off his sweatshirt, played some hoops with them, and gave them some great advice.
And it all began with a good cop.
Officer Bobby White, aka "Basketball Cop."
A good cop who did the right thing.
Thank you officer White.
May other police officers follow your example sir.
And thank you Shaq!
CLICK LINK BELOW TO WATCH PART 1 VIDEO OF OFFICER WHITE RESPONDING TO CALL
http://youtu.be/fWobWnqfkJs
CLICK LINK BELOW TO WATCH PART 2 VIDEO SHAQ!
http://youtu.be/3yvaZxUKmRI 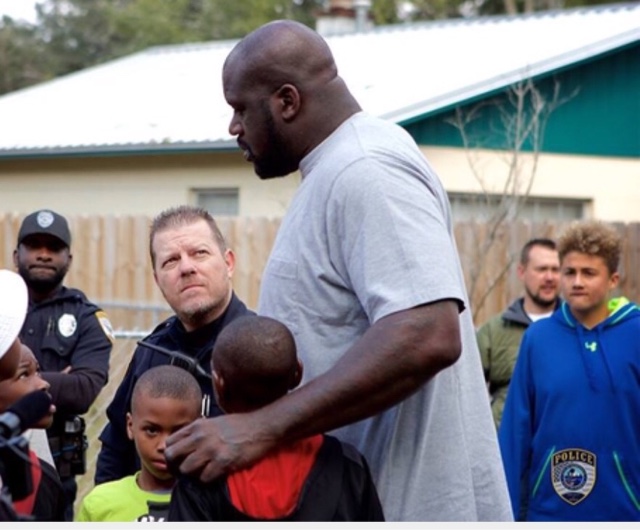 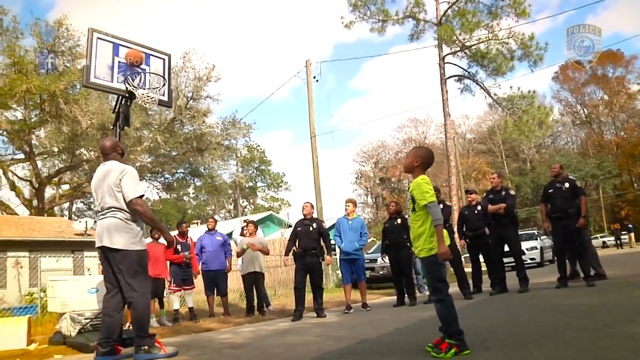 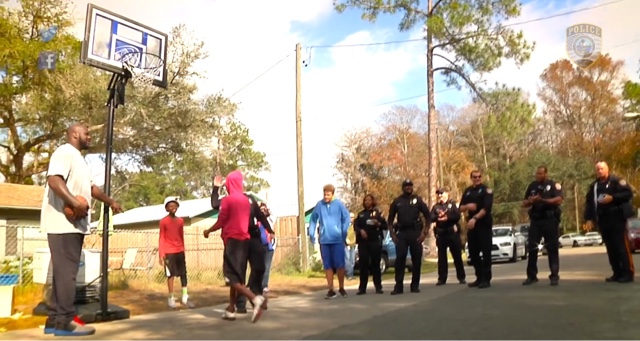 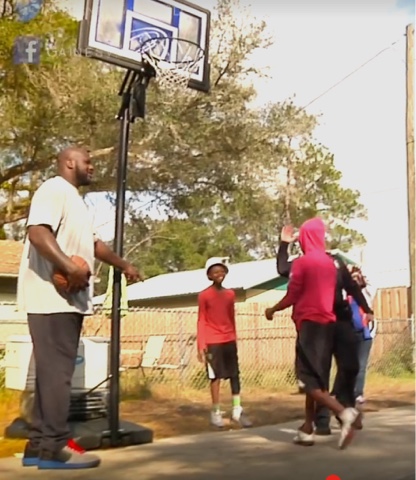 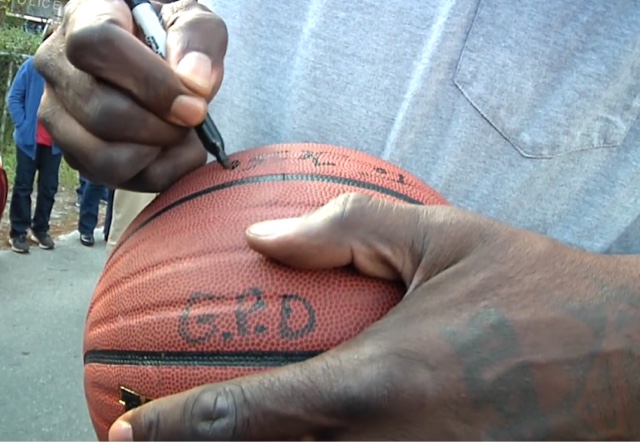 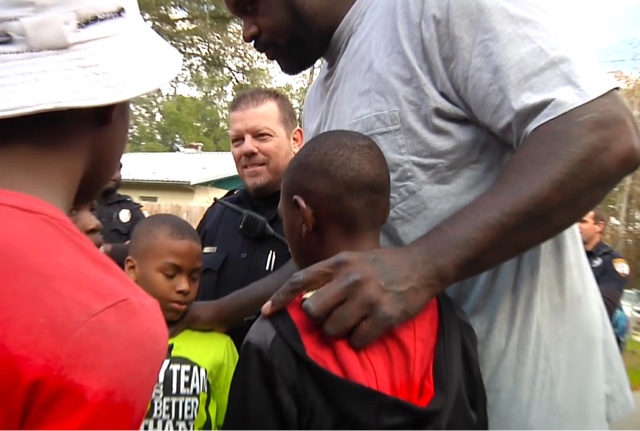 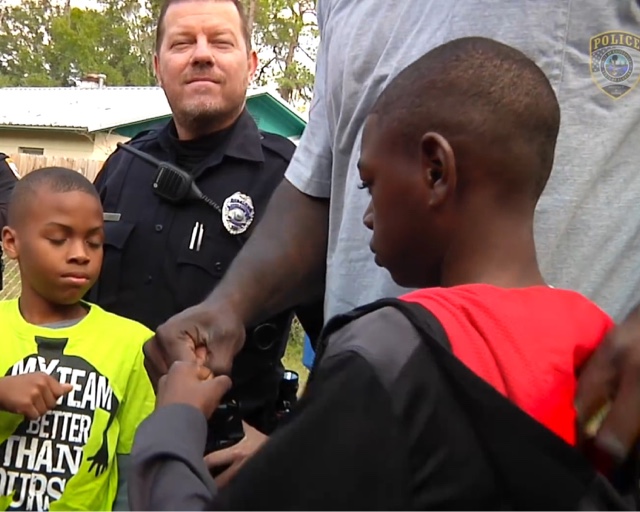 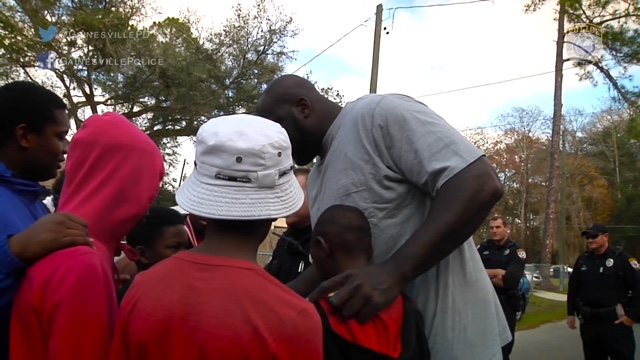 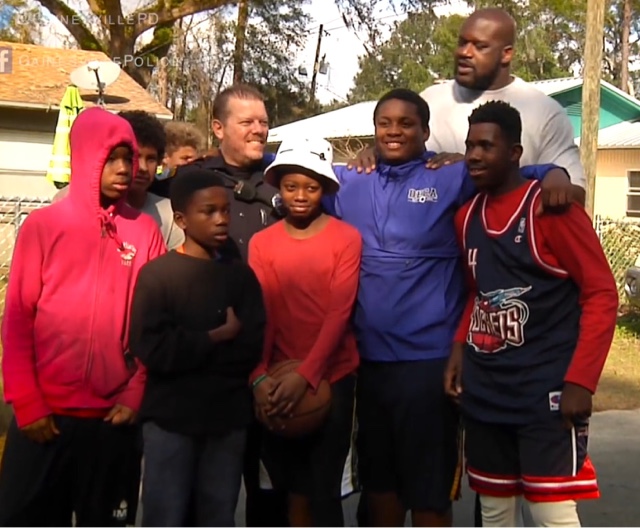