If You Haven’t Heard the Hit Single “No Days Off”, You’re Missing Out; A.G. The Motivator Stops by The Davy V. Blog 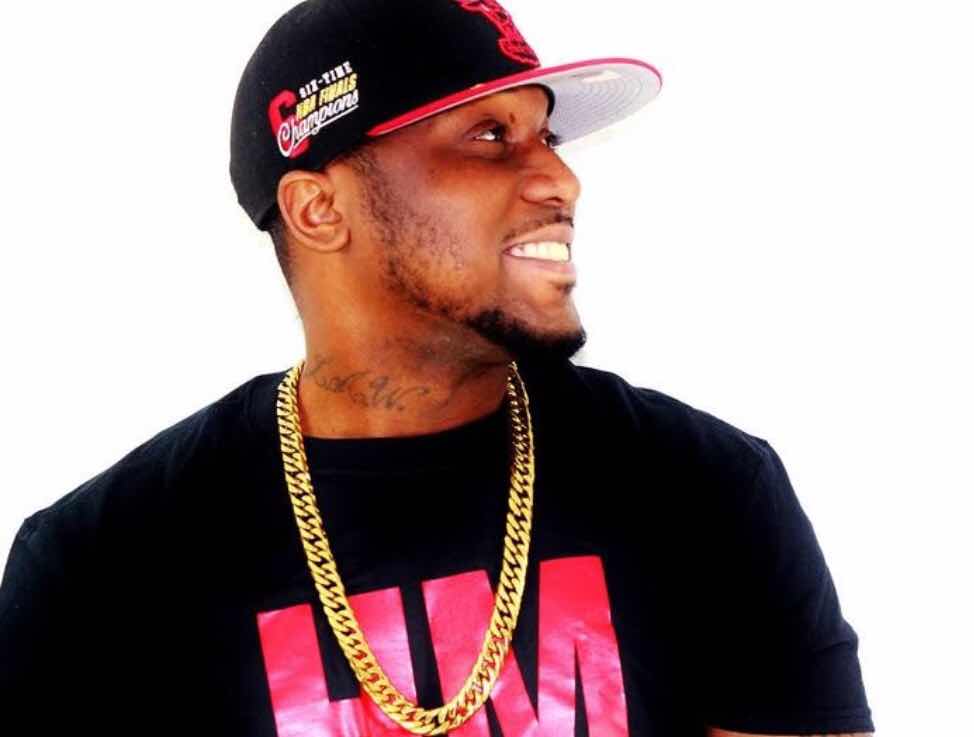 A.G. The Motivator
Photo Credit: K. Victoria Photography
By Davy V.
Just when Hip Hop needed it the most, a hard track with a positive message, a young man in Rochester, NY has delivered just that.
His name is A.G. The Motivator and once you listen to No Days Off, you will see why his name is so fitting.
More than just an artist, A.G. is also a motivational speaker.
When I first heard No Days Off on a local Rochester, NY radio station, I knew it was a hit.
But I had no idea that the track was from someone in my hometown, the 585.
I caught up with A.G. to learn a little more about the man behind the catchy hit single, No Days Off.
Enjoy! 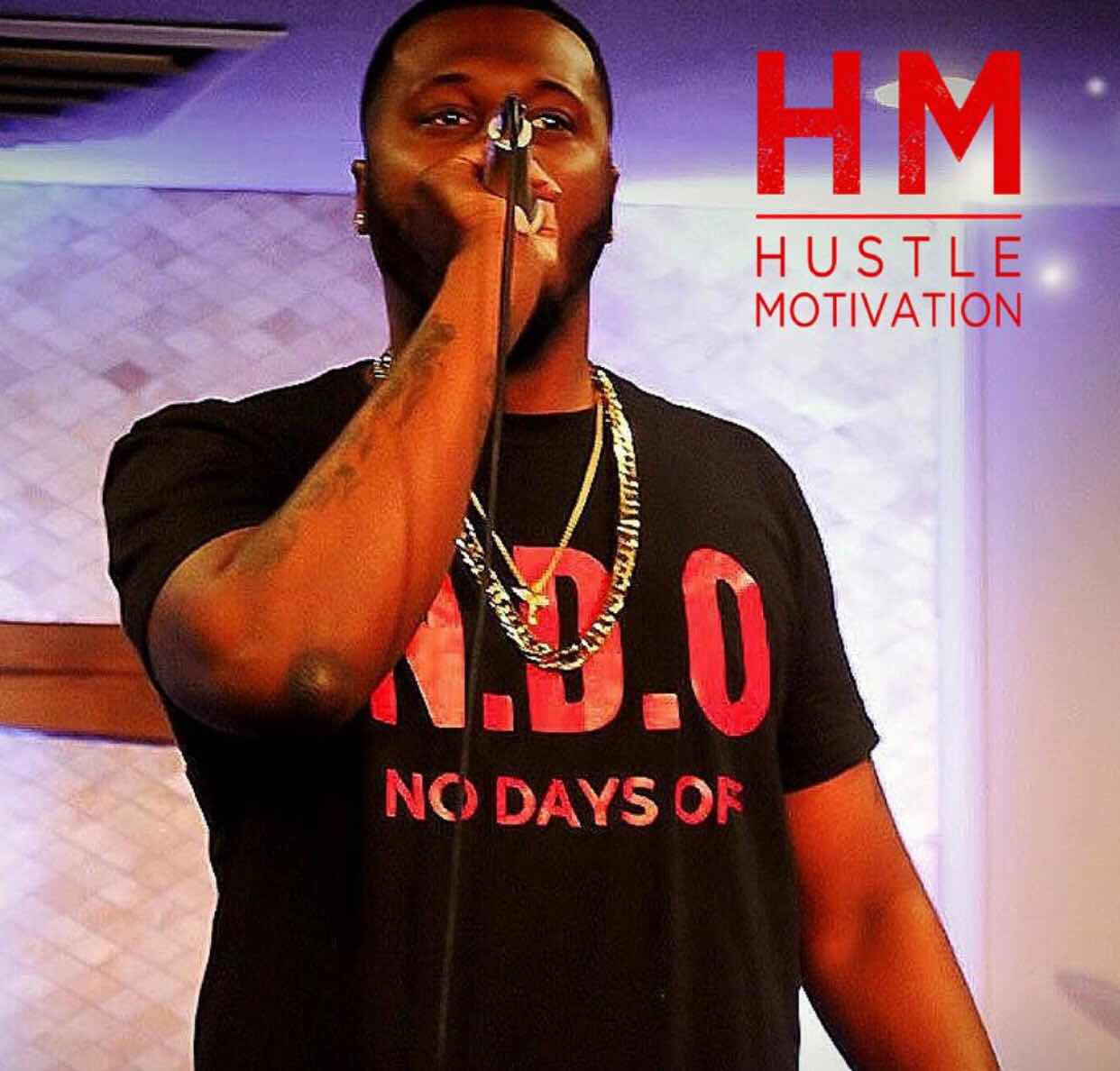 A.G. Performance
Photo Credit: K. Victoria Photography
Who is A.G. The Motivator?
I’m a husband, father, son, brother, friend, rapper, and motivational speaker.
Where did you grow up?
I’m originally from Newark, New Jersey aka Brick City. I grew up in Newark, the Vailsburg section, aka Hoodaville. I spent a lot of time on 7th Street. I also lived in East Orange and Irvington.
Where did you go to school?
I went to 13th Ave. Elementary and Middle School, and I graduated from West Side High on South Orange Ave. in Newark, New Jersey.
When did you move to Rochester, NY?
I moved to Rochester 10 years ago, when I was 22.
When did you first get into music?
I started getting into music when I was about 12 years old.  I started writing my own rhymes and performing when I was 13. My big cousin was a real big Hip Hop head. He would always have all the latest mixtapes. He put me on to AZ, Nas, Cormega, Wu-Tang, Big L, Ice Cube, etc.
When did you write No Days Off?
I wrote the track about a year ago.
How did the song come about?
The song came about when I was sitting up in my attic, reflecting on my life, my dreams, my goals, on everything. After taking people’s advice who I looked up to and admired, they told me to just give up on the rap thing and keep my day job. That day I decided that it was going to be no days off on my dreams. I threw on the beat and I got to work. And that’s when all the magic happened. I was just fed up and tired. So I put all that anger, passion, and aggression into the song.
One of my favorite parts of the song is in the second verse where you say “My worst enemy is me, and the battle is within.” That’s so true. That part right there spoke to me on a personal level. Tell me what you meant.
What I meant by worst enemy, is sometimes we become our own opposition. Because we don’t believe in our own abilities to make our dreams come true, and then we start to oppress ourselves by continuing to practice negative self talk, listening to the voices of people with limited vision. We have to make a conscious decision to cut out anything and anyone that might jeopardize or hinder us from achieving our goals  and ultimately reaching our dreams. Sometimes I don’t feel like getting out of bed in the morning but I have to force myself. The key is to commit to doing what you say you’re going to do. That is always my internal struggle.
The first time I heard No Days Off, the track had a strong impact on me. Something about it, not just the message, but the hook, the beat, your delivery, everything about the song just resonated in me. The track has had the same effect on many people. A.G., what do you think it is about the song that speaks to people?
I originally wrote the song because I needed to hear those words myself. There are so many people out there just like me, just trying to survive, working hard every day to feed their families, and at the same time working on their dream as a side hustle.

As someone who has interviewed Grammy Award winning artists, in fact, the first Hip Hop group to ever win a Grammy, Naughty by Nature, who made several guest appearances on my cable television show Keep It On The Reel, in the 1990’s, I gotta tell you my brother, you have a hit on your hands. No Days Off is a hit.  With that said, where does No Days Off go from here and what’s next for A.G.?

The Grammys is next! Just kidding. That would be dope though. I’m also a motivational speaker, so if anyone out there would like to book me for a speaking engagement or performance, please hit me up. It’s a passion of mine. I’d like to make myself useful and be of service to someone that needs to hear good things. I’m going to keep doing shows, making music, hustling, writing, and providing for my family. And hopefully I’ll have more opportunities to motivate everyone else to do the same.

A.G., what do you want people to take from No Days Off?

I want people to know that anything is possible with God. You have to have faith and believe in yourself and your dreams. Keep working hard, stay at it, be persistent, and stay optimistic.

I know it can be hard for artists to get support from their own city. What’s been the response you’ve received from Rochester, NY?

The City of Rochester has been showing nothing but love. A lot of people have been reaching out to me, telling me stories about how the song motivated and inspired them. I’m just glad I was able to be that voice to help push them when they needed it most. I’m honored and I’m humbled. 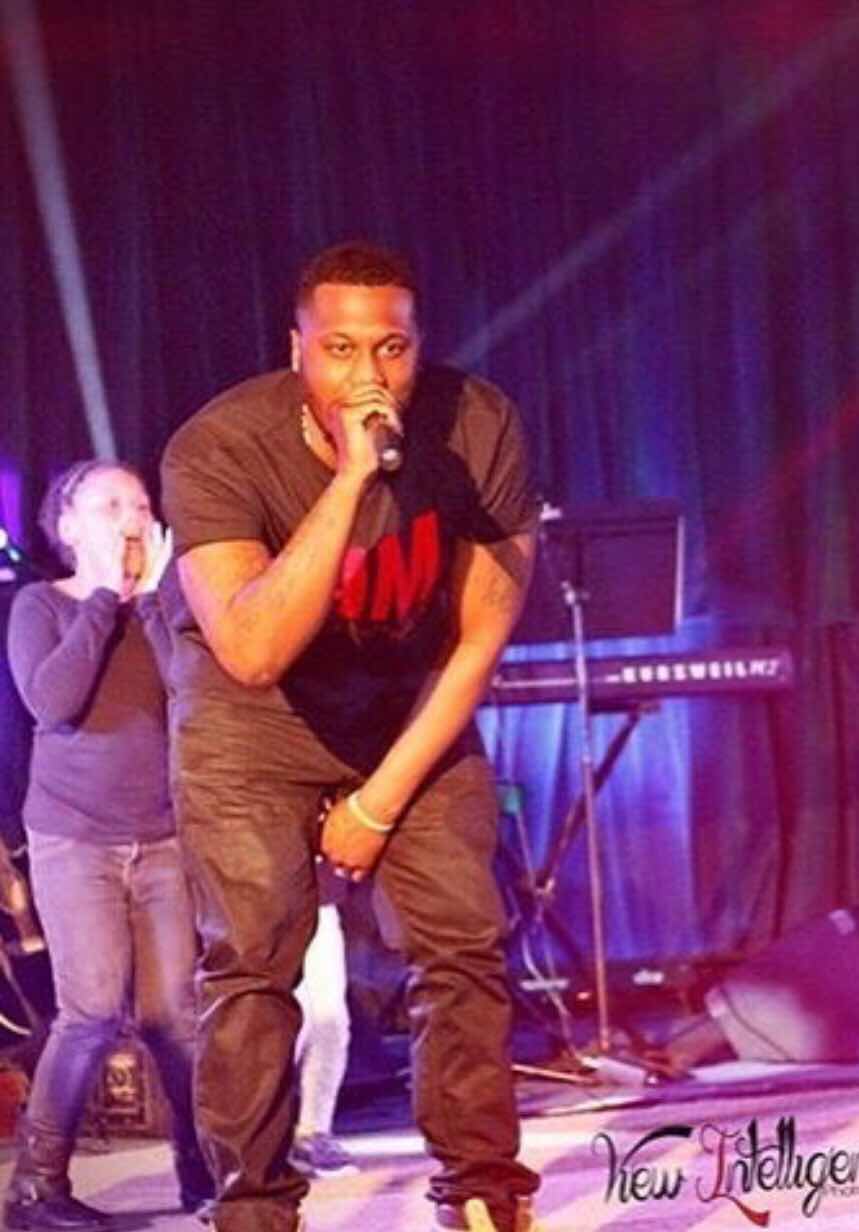 A.G. performing with his children on stage at Rochester, NY’s Auditorium Theater.

What’s your production team?
I don’t currently have a production team, I buy my beats online and I go to record them at Blue on Blue Studios in Webster, NY.
Do you have an agent?
Yes, his name is Kobe Brown with Sony Entertainment.
Aside from No Days Off, can your fans look forward to any more tracks?
I have a lot of songs and more hits to come. Just stay tuned!
Is there an album dropping?
No album in the works yet. We’re just working on the singles.
Any tours or upcoming shows?
I haven’t been invited on any any tours. I’m currently working with a promoter on a show he’s putting together in May. But if anybody is looking to book me for a show, party, or an event, please contact me at

How about if anyone wants to discuss a record deal?

Thank you for taking time out and coming on The Davy V. Blog.

Absolutely. I appreciate the opportunity.