Monroe County, NY Sheriff's Deputies Arrest Taxpayer For Asking a Question. Deputy Philip Baretela, Badge 2629; "I suggest you turn around... Are you a bad ass?" (VIDEO)

And, as any educated, informed taxpayer should do, Ryan questions how taxpayer dollars are being used.

Especially when it comes to law enforcement.

So, that's exactly what Ryan did Thursday night.

While patronizing Henrietta Hots restaurant in Henrietta, NY, a suburb of Rochester, Ryan saw three Monroe County, NY Sheriff's deputies, and as a taxpaying citizen, asked them a question.

Little did he know the rogue thugs in badges were just seconds away from violating his constitutional rights.

"I went into Henrietta Hots with a friend for food," Ryan said.

"I simply asked three Monroe County Sheriffs, why they all were all at Henrietta Hots when it is a busy holiday weekend, and I suggested they be split up and police the area, taking staggered breaks."

During the full discussion, my hands were behind my back in a non-aggressive manner," Ryan adds.

It was then when Ryan says that the Monroe County, NY Sheriff's deputies surrounded him.

"The three sheriffs got in a triangle around me and I was then thrown against the wall and handcuffed," said Ryan.

"I suggest you turn around!," an irate deputy Philip Baretela, badge 2629, repeatedly yells at Ryan.

Then, in a classic example of something I have said for years when it comes to law enforcement officials escalating and creating unnecessary situations, instead of deescalating, Deputy Baretela then asks Ryan; "Are you a bad ass?", before walking right up in Conklin's  face, then assaulting him by physically grabbing him and pushing him back.

As the video continues, Ryan is seen led outside to the restaurant' parking lot, where he is heard asking the deputies why he is being arrested.

The Monroe County, NY Sheriff's deputies ignore him, refusing to tell him what he is being charged with.

At one point in the video, a Monroe County, NY Sheriff's Sgt. tells Ryan's friend, who is video recording, to step back.

Then, realizing that his deputies refusal to provide a reason why Ryan is being arrested, the Sgt. attempts to justify Ryan's arrest by inserting his own narration on the video.

Ryan was then driven to the Monroe County Sheriff's B Zone located at Summit Point Drive.

"I was placed in a holding cell for two hours for simply asking our public servants a question," said Ryan.

"Locked in a cell with handcuffs on while a Sgt. was present and while all the deputies frantically looked up New York State Penal Law."

Ryan, who had never been arrested before, and who has no criminal record, was charged with disorderly conduct.

Friday, the day after Ryan Conklin was arrested by Monroe County, NY Sheriff's deputies for asking Zone B deputies Baretela, Baker, and Sgt. Edwards a question about their taking a break together, at 2:00 a.m., on the eve of 4th of July, when bars are just letting out, and drunk drivers are getting behind the wheel, Monroe County, NY Sheriff's Zone B Captain Wagner went to Henrietta Hots, and began an interrogation-style line of questioning of employees, which at least one employee describes as disturbing.

"It really weirded me out," said a Henrietta Hots employee, who asked that I not publish their name for fear of retaliation.

"He asked me a bunch of questions, including where I lived," the employee said.

But wait it gets worse.

Prior to going to the Zone B Substation, Ryan Conklin called 911, and inquired about obtaining a copy of the criminal report pertaining to his arrest.

A 911 dispatcher, number 8156, instructed Ryan Conklin to go to the Zone B Substation, and informed him that a deputy would meet him there, and assist him in obtaining a copy of his arrest report.

Upon arriving at the Zone B Substation, and waiting for approximately 15 minutes, Ryan Conklin called the same dispatcher who told him that deputies would arrive at any moment.

Less than 5 minutes later, a Monroe County, NY Sheriff's cruiser with two deputies, a male driving, and a female passenger, arrived, parked, and turned their cruiser off.

Then, as soon as the deputies saw myself and Ryan Conklin approaching the cruiser, with live streaming video recording devices, the female MCSO deputy said something to the male deputy, who then immediately turned the cruiser back on, and pulled off, driving right past us. (SEE VIDEO BELOW)

Afterwards, myself and Ryan Conklin spoke with Monroe County, NY Sheriff's Sgt. Bancroft, who actually works out of the department's Zone A Substation on Linden Avenue in East Rochester, NY, but was filling in at Zone B Sunday night.

Sgt. Bancroft was not only very professional, and courteous, but he seemed genuinely concerned and interested in the deputies' vulgar, and unprofessional behavior, driving off like they did.

After a lengthy conversation, Sgt. Bancroft gave me his word that he would be contacting me regarding this latest incident with members of the Monroe County, NY Sheriff's Zone B deputies.

A subsequent call to dispatch resulted in the operator informing Ryan Conklin that the name of the deputy who was dispatched to meet us at Zone B was Deputy Brian Dyjak.


I will be updating this story soon.


Click Play to watch video of Monroe County, NY Sheriff's Zone B deputies drive off on me and Ryan Conklin.

Monroe County, NY Sheriff's Captain Jeffrey Wagner On Deputies Who Drove Off; "They had nothing to offer."

Monday afternoon, Monroe County, NY Sheriff Zone B Captain Wagner called me to talk about the incident where two Monroe County Sheriff deputies drove off on myself and Ryan Conklin, after 911 dispatcher 8156 instructed us to go to the Sheriff's Zone B Substation to obtain a copy of Ryan Conklin's arrest report.

As you can hear in the phone conversation below, from the beginning of our conversation, Captain Jeffrey Wagner was extremely curt, and very evasive regarding my questions.

Of course, this is really no surprise, after all, I wrote about how Captain Wagner used classic police intimidation tactics by going to Henrietta Hots restaurant, where Ryan Conklin was unlawfully arrested for asking Monroe County Sheriff's deputies Baretela, Baker, and Sgt. Edwards about their hanging out at the restaurant at a time when bars were letting out, and countless bar patrons were behind the wheel drunk.

Monroe County Sheriff deputy Philip Baretela didn't appreciate Ryan Conklin, a Monroe County taxpayer, asking him and his fellow brothers that question, so he got in a video which has received international attention, deputy  Baretela can be seen getting in Ryan Conklin's face, while yelling at Conklin "Are you a bad ass?"

Conklin was charged with disorderly conduct.

Listen to my video below of my conversation with Monroe County, NY Sheriff Captain Jeffrey Wagner.

As you listen, pay close attention to how Captain Wagner refuses to answer my questions.

Pay attention to how Captain Wagner outright refuses to answer my question when I ask him if he or his deputies confiscated the surveillance video from Henrietta Hots.

Then, at the end of the conversation, pay close attention how Captain Wagner refuses to speak to Ryan Conklin.

But most importantly, as you hear this phone conversation between myself and Monroe County, NY Sheriff Captain Jeffrey Wagner, I want you to remember that video.

As you hear the phone conversation, remember how on the video deputy Baretela is the aggressor.

Remember how deputy Baretela gets in Ryan Conklin's face.

After he asks Ryan Conklin, "Are you a bad ass?"

And don't forget that these are our public servants.

We pay their salaries.

But yet, despite taxpayers paying their salaries, they falsely arrested Ryan Conklin, a taxpayer, for simply asking a question.

And don't forget, these are YOUR tax dollars at work. 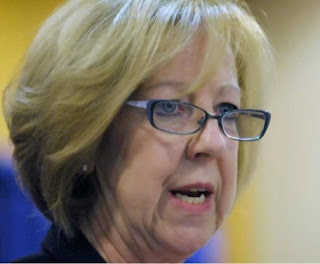