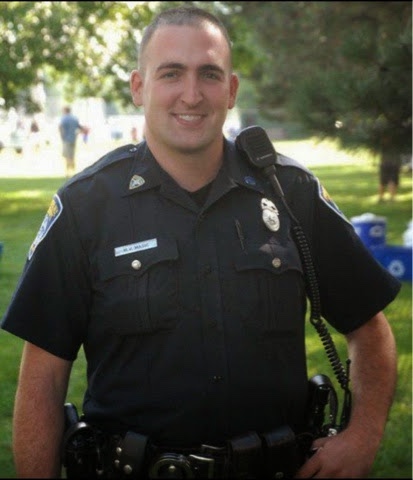 Rochester, NY Police officer Mario "Cowboy" Masic
By Davy V.
According to Rochester, NY Police, a cop best known for being featured in a viral YouTube video violating a woman's first amendment right, was a victim of an attempted carjacking early Friday morning.
Rochester, NY Police say officer Mario Masic, known on the streets as "Cowboy", was leaving work Friday morning at the R.P.D.'s west division located at 1099 Jay Street around 3 a.m., when an armed suspect approached him at a light on the corner of Jay Street and Mount Read Boulevard, on Rochester's northwest side, and attempted to carjack him.
But interestingly, while at first Rochester, NY Police officials said the suspect, who was later identified as 24-year old Justin Davis was armed with a gun, and that officer Mario Masic was able to wrestle the gun away from him, officials are now saying that Davis was not armed, but reached in his waistband as if he had a firearm.
Friday morning, several Rochester news sources, including WHAM 1180 radio show host Bob Lonsberry reported that according to Rochester Police officials, Davis was armed, and officer Mario Masic was able to disarm him.
So which is it?
Was Davis armed or not?
As you can see in the mugshot below, looks like "Cowboy" beat an unarmed man.
Let me be clear, I'm not condoning Davis attempting to carjack Masic, or anyone else for that matter.
If in fact that's what really happened.
But I have a problem with the Rochester, NY Police Department changing their story.
Officer Mario Masic, or "Cowboy" who once threatened to shoot a black man who was washing clothes inside a laundromat, is known for being a rogue, dirty cop, and an embarrassment to the Rochester, NY Police Department.
In 2011 Mario Masic made international headlines when he violated Rochester, NY resident Emily Good's constitutional rights after he arrested her for video recording him conducting a racially profiled traffic stop of an African-American motorist.
Charges against Good were later dismissed.
The incident put the City of Rochester, NY, and the Rochester Police Department under an international spotlight, as the latest law enforcement agency to violate a citizen's constitutionally protected first amendment right to record. 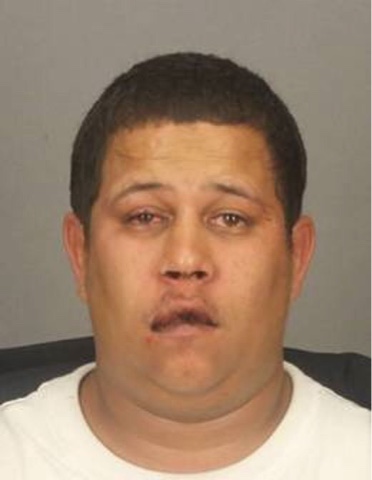 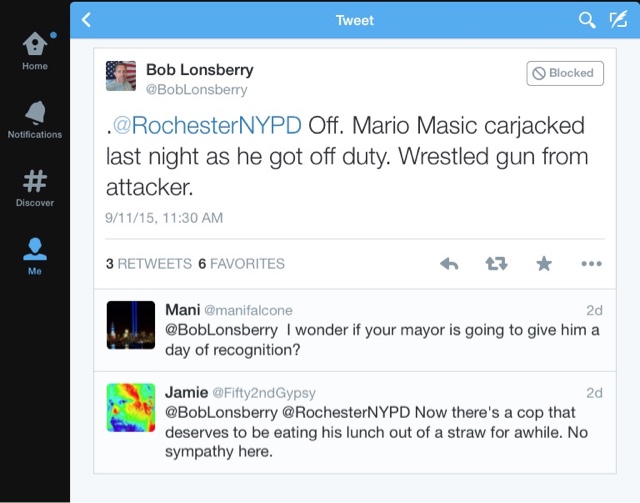 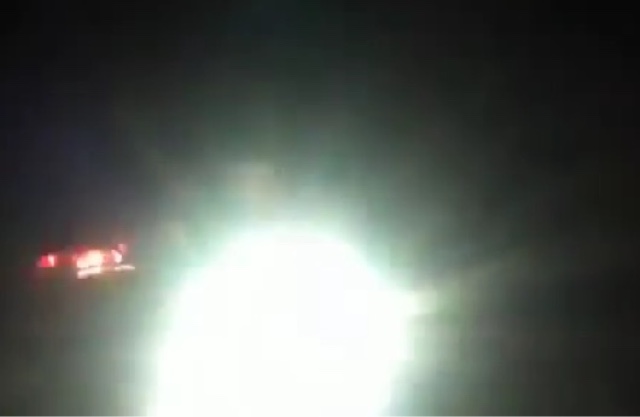 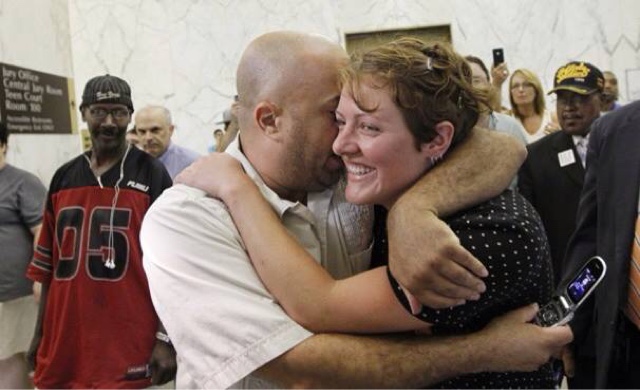 I embrace Emily Good after charges against her are dismissed in 2011
Click link below to watch video of Rochester, NY Police officer Mario Masic arresting Emily Good
http://youtu.be/40pf26zbvoQ
PLEASE CLICK THE LINK BELOW TO SUPPORT MY FILM, A PROMISE TO MY DAD
www.gofundme.com/APromiseToMyDad
Follow me on twitter
https://twitter.com/davyvara
"Like" and Follow me on Facebook
https://www.facebook.com/davyvara
Posted by Davy V. at 11:05 AM